A Finnish person may direct your attention to something by saying, “Kato!” (“Look!”) in informal speech, instead of the more correct pronunciation, “Katso!” This couple is checking an info screen for public saunas in the central western city of Tampere.

I suspect that it was somewhere within the first 20 minutes that I began to lose my grip on the conversation.

I continued to smile politely at appropriate intervals, but I could not comprehend why my partner’s grandfather was speaking about his impending renovations with the type of effusive enthusiasm I usually associate with evangelical ministers.

It was his use of the verb kehua that had me bewildered. It means “to praise” in standard Finnish. Only later did I learn that some speakers in certain corners of Finland use kehua as a colloquial substitute for sanoa (“to say”). So, when I heard, “Se kehui, että remontti alkaa kohta,” I took it to mean, “He praised that the renovation will start soon.” That seemed somewhat overzealous, given the topic, but where the grandfather is from, about halfway up the west coast, it actually just means, “He said that the renovation will start soon.” 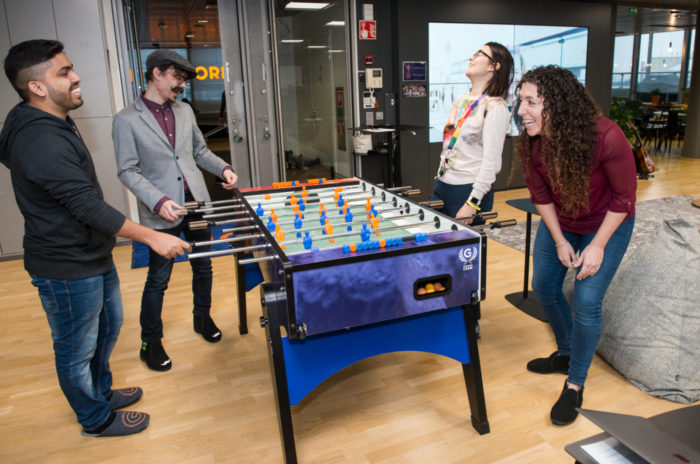 In everyday speech, someone might ask, “Tuutsä mukaan pelaan?” (Would you like to play, too?), instead of the more formal version, “Tuletko sinä mukaan pelaamaan?” The shorter, colloquial forms may seem confusing at first, but you’ll soon get used to them. Photo: Jarno Mela/Finland Image Bank

Coming from Australia, a country whose spoken variety of English will forever be tied to the khaki-clad hero of the movie Crocodile Dundee, I am no stranger to the concept of colloquial language. Even so, I have found puhekieli (colloquial Finnish, literally “speech language”) trickier to master than kirjakieli (standard Finnish, literally “book language”), the more formal standard Finnish that comes neatly presented in my textbook.

Finnish teacher Niina Salmi concedes that some challenges exist, explaining that “words can be totally different” in puhekieli compared to standard Finnish. This is next-level stuff. For example, in casual speech people shorten some of the grammatical forms you worked so hard to learn. Sinulla on (“You have”) becomes sulla on or even sull’ on.

Anni Toikka, who has taught alongside Salmi for the past 11 years, adds that puhekieli is also a living language, meaning that it is in “constant change.” As Toikka says, “new puhekieli words are created every day, whereas older words cease to exist.”

It is little wonder that students have occasionally grumbled to Salmi that kirjakieli and puhekieli “are sometimes like different worlds,” especially once generational differences and a dialect or two or eight are thrown into the mix. Both Salmi and Toikka, however, insist that the underlying structure is the same. As Toikka explains, “if you pay attention to the similarities, you see that they are the same language, just dressed in different clothes. If kirjakieli is Finnish in a suit and tie, then puhekieli is Finnish in sweats.” 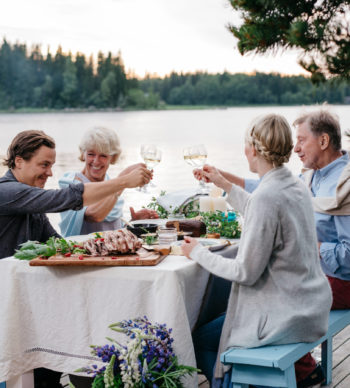 The best way to learn the ins and outs of spoken Finnish is to go beyond your textbook and speak with Finnish people in a relaxed setting. Photo: Elina Manninen/Keksi/Visit Finland

Aside from averting awkward silences with elderly relatives, there is no doubt that learning puhekieli is invaluable. Haruka Ono, who first encountered colloquial Finnish while on a high school exchange from Japan, says, “You’ll notice that people speak puhekieli on the street, in the shops, in restaurants, everywhere. Puhekieli is the language in which daily interaction happens.”

For some language learners, puhekieli makes conversations more natural. Explaining that puhekieli is usually used with friends, Toikka agrees that it “can help create a kind of closeness between people.” Some students also see puhekieli as a mark of achievement. In fact, Liene Bukovska, a student from Latvia, says, “I have been taken more seriously when using puhekieli, because somehow it puts me in the next level of language knowledge.”

So, how do you come to terms with colloquial Finnish? As with anything, motivation is key. But in any case, Toikka suggests that you “jump into puhekieli right away” by listening to music and watching television shows. Kateřina Buchtová of the Czech Republic says she has picked up puhekieli through her favourite TV programme, Pasila, which portrays life at a police station in the Helsinki suburb of the same name (the animated series is called Jefferson Anderson in English). 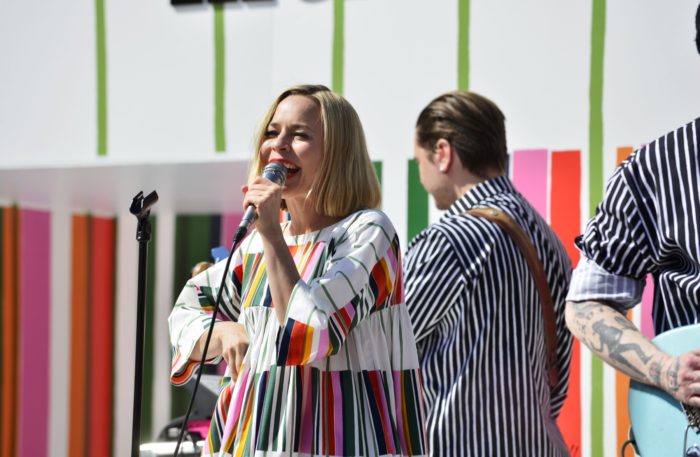 Singer and songwriter Paula Vesala has a song called Muitaki ihmisii, written in colloquial Finnish. The name, which means “other people,” would actually be spelled Muitakin ihmisiä in formal Finnish. Photo: Linda Manner/Lehtikuva

Buchtová also listens to Finnish music, where colloquial words take precedence over their more formal versions. For example, ihmisiä (people) becomes ihmisii. Searching for unfamiliar word forms online can give you a sense of how common they are and how people are using them.

You might also want to check out Oikeeta suomee: Suomen puhekielen sanakirja (Dictionary of Spoken Finnish, published by Gummerus), which includes example sentences in colloquial Finnish and can help bring your Finnish to the next level.

I have become more familiar with puhekieli since switching to my local Yle (Finnish national broadcasting company) radio station and creating playlists from the music I hear. Rodrigo Quintana, from the Basque Country, also points to podcasts and YouTube videos as handy learning tools. Reflecting on his own experience, he says, “Being active in Finnish group chats or forums helped me a lot.” 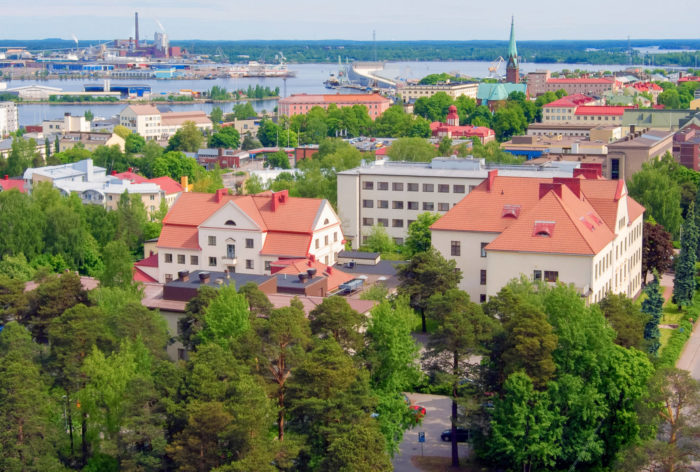 Colloquial Finnish varies across the country. In Helsinki, people shorten the word sinä (you) to sä, while in the picturesque harbour town of Kotka, just 140 kilometres (85 miles) east of the capital, people say siä. Photo: Pentti Sormunen/Vastavalo/Visit Finland

Both Buchtová and Quintana emphasise, however, that trying to use puhekieli with native Finnish speakers is the best way to learn. So do most language students I have met, in fact. As Rodrigo puts it, “Listen, write and use.”

Toikka agrees, advising learners to “start with the very basics, like turning minä olen [‘I am’] into mä oon, then study some basic spoken language words like telkkari [instead of televisio, ‘television’].” The next thing to do, she says, is “slip them into your speech.”

Like Toikka, Salmi endeavours to introduce her students to puhekieli in the classroom, but says she “can’t highlight enough how important it is to be brave and use the language.” For Salmi, it is always heartening to speak with past students in the same way she would converse with any native Finnish speaker. “That’s kind of a final test of the spoken language: to be able to talk with a Finn and have no problems.”

Is Finnish a difficult language?

Finnish is different. But this does not make it more difficult than other languages.