Lean and hungry look? Ahmaista, a Finnish verb meaning “to eat quickly,” is based on ahma, the word for “wolverine,” apparently because of its perceived dining habits.

Former journalist Veli Holopainen, a self-confessed meanderer of the dark alleys of the Finnish language, recently entertained his Twitter followers by highlighting Finnish verbs based on animal nouns (his handle is @VeliHolopainen).

His guiding idea was that the animal’s name “would appear in the infinitive form of the verb.” Jänistää (to lose courage, to get cold feet) contains the word jänis (hare); pyytää (to ask, to hunt) contains pyy (hazel grouse), which is a popular game bird in Finland; and pukata (to head something, such as a football) derives from the word pukki (goat). 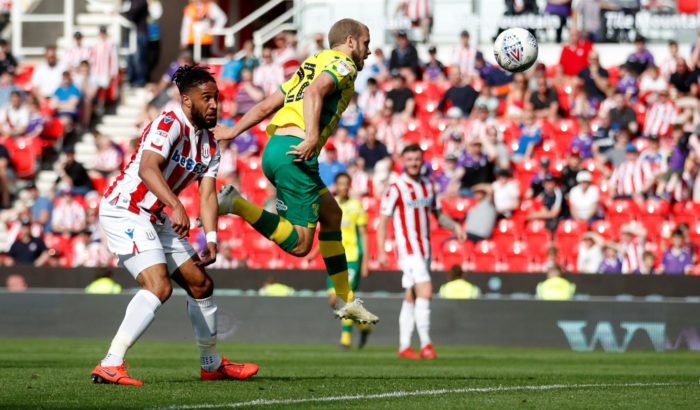 Finnish footballer Teemu Pukki (yellow shirt) heads the ball into the goal for Norwich City against Stoke City. The Finnish verb pukata, meaning “to head” (a football, for example), is derived from pukki, the word for “goat,” which also happens to be Teemu’s surname.Photo: Carl Recine/Reuters/Lehtikuva

Inevitably, the animal side of Finnish also has its complexities. “Because of the presence of nature in Finland’s everyday life, it’s tempting to say that Finnish verbs and animal names share the same etymology, but this is not always the case,” says professor Ulla-Maija Forsberg, director of the Institute for the Languages of Finland.

“In the Finnish language there are many derivative words, so from one stem we get plenty of words, but with different meanings,” says Forsberg. “That’s why it seems as if these animal words are related.” 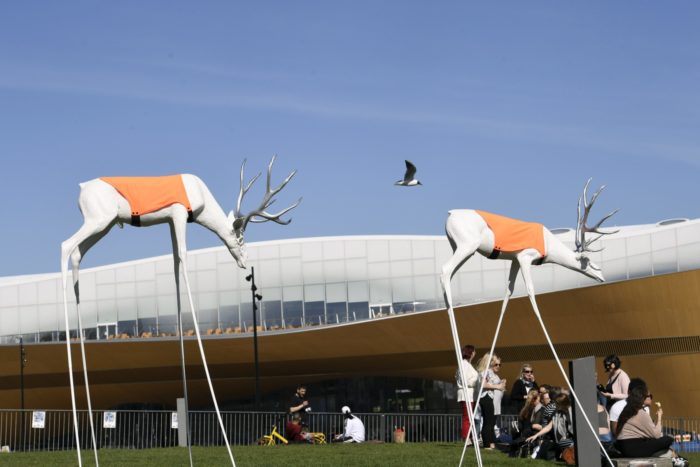 The Finnish words poro (reindeer) and porottaa (to shine) are not actually related, although the sun is shining on these reindeer sculptures by Timo Heino outside Helsinki’s grand Oodi Library.Photo: Martti Kainulainen/Lehtikuva

The harsh truth is that varistaa (to drop, to lose) doesn’t come from varis (a crow); the source of the verb hirvittää (to horrify) is not hirvi (moose); and porottaa (to shine) is not related to poro (reindeer). Still, don’t let that stop you from saying, Aurinko porottaa (The sun is beating down).

Also, don’t be fooled by verbs such as kanavoida or emuloida, even though they include the words kana (chicken) and emu (yes, an emu). They actually mean “to channel” and “to emulate.” These are loanwords. Kanavoida comes from kanava (canal, channel) and emuloida emulates the English word “emulate.”

Plenty of other words and idioms can take your Finnish to new heights of animalistic self-expression. Ketunhäntä kainalossa, which literally translates to “a fox’s tail in the armpit,” describes someone who is dishonest. When you are jäniksen selässä, it means you are “on a rabbit’s back” – in a hurry.

Finnish Lapland, the northern third of the country, is reindeer territory. They say that any distance can be expressed in terms of poronkusema, the distance a reindeer can pull a toboggan without stopping to urinate. It needs a break after about 7.5 kilometres (4.6 miles) at the most – which is good to know in case you are advised that the nearest bar, shop or phone charging station is ten poronkusemaa away.

And while you’re up north, if you’re lucky, you may see revontulet (fox fires) – the Northern Lights.