Duolingo approaches the twists and turns of the Finnish language from a gamification angle (photo from a comfy study space at Helsinki University’s Think Corner).

Terve! Minä olen velho. That’s one of the first things you can learn to say in Finnish on Duolingo, an online language instruction platform that uses gamification to encourage students.

For those of you who haven’t started learning Finnish yet, Terve! Minä olen velho. means, “Hello! I am a wizard.” It’s a beautiful way to begin.

I’m not sure how useful velho, the word for “wizard,” will be, but I’m glad Duolingo has included it in one of the early lessons. Fans of the platform have been begging it for years to create a version for Finnish; the Finnish course finally launched in mid-2020.

Compared to other methods of learning, I enjoy Duolingo’s more playful approach. In the tips section for each lesson, you’ll find tongue-in-cheek descriptions of Finnish staples like sauna, sisu (the special Finnish combination of guts and perseverance), and Väinämöinen (the demigod hero of the Kalevala, Finland’s national epic).

Remember to have fun 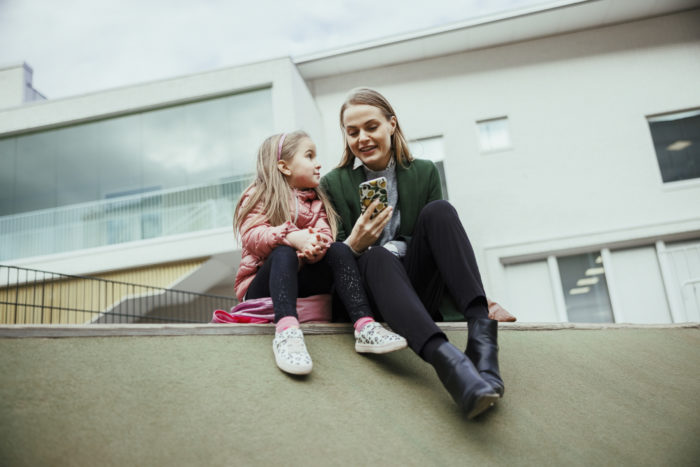 A mother and daughter in Helsinki check a smartphone. Learning a language can and should be fun, and some people find an app more accessible than a textbook.Photo: Jussi Hellstén/City of Helsinki

They also do a good job of explaining Finnish grammar without getting lost in the weeds, and of making language learning more approachable. Here’s one line that made me chuckle: “Its spelling rules are so simple that Finnish children never have to worry about participating in spelling bee competitions. There, quite simply, is no need for them.”

I’ve often heard Finnish compared to a pyramid: lots of grammar and rules to learn at the bottom, but easy once you’ve mastered the basics – like building a pyramid. By contrast, learning English would be more like an inverted pyramid, with fewer rules to keep you from speaking at a basic level but much more complexity the further you advance.

You can forget about all that. Learning a language can and should be fun!

I like the examples Duolingo gives for pronouncing long consonants. These can be tricky, but we actually do something similar in English without even realising it. One example I remember from another Finnish course was the English word “penknife” to express the long “n” sound. I found these examples really interesting.

Finnish has long and short versions of both vowels and consonants. Luckily it’s not difficult to know when a letter is long or short, at least on paper. To make a short letter long, they just double the letter. So one “n” is short, but “nn” is long. Doubling a letter can and does completely change the meaning of the word. A classic example is the difference between tuuli (wind) and tuli (fire). 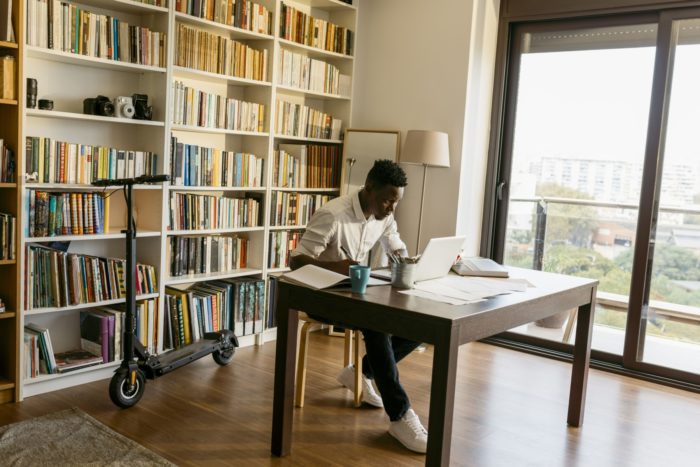 Learning from home: Online language learning apps are in a good position to reach users during a time when many people are working and studying remotely.Photo: Valentina Barreto/Westend61/Lehtikuva

The audio recordings are a bit robotic and sometimes difficult to understand. I’ve noticed the same problem with the French course, but I’m getting more used to the choppy Finnish recordings.

Another thing, something that I think will improve over time, is the way the course sometimes marks answers as wrong when they’re basically correct. There’s nothing more infuriating than having to redo a translation exercise simply because I put my adverb before the verb, rather than after, when translating from Finnish to English (“I rarely cry” versus “I cry rarely”).

The great thing about Duolingo is that, when such a problem arises, I can report the issue to the forum, where the developers can see it and possibly implement changes to improve the course. 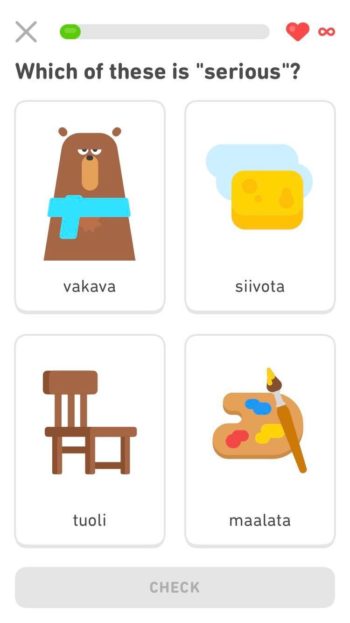 The Duolingo app wants to know which word is the Finnish translation of “serious.” (Hint: Look at the expression on that bear’s face.)Screenshot: Duolingo

I think it’s unfortunate that Duolingo includes herra and rouva (Mr and Mrs) in the first few lessons. These are two words that you will probably never hear or need to worry about in Finland, which is an egalitarian, relatively non-hierarchical society. In the workplace, colleagues address each other and even their bosses by their first names, and in school, children and teachers likewise call each other by their first names.

So it frustrates me to see herra and rouva in every Finnish language course. It’s like Finnish linguists can’t keep themselves from including these formalities, despite the fact that those words take up valuable brain space that could be used to learn more useful or entertaining words, such as velho.

Let’s say you do end up in a situation that demands formality – meeting the president, for example. I would say that addressing Sauli Niinistö as a velho is definitely a more interesting option than calling him herra.

So you want to learn Finnish? Start here and now!