Saimaa, a vast lake system in eastern Finland, overlaps Finnish dialect areas including the southeastern region and the Savo region.

Language is a funny thing. Let’s take, for instance, my own mother tongue: I simply consider myself an English speaker, but it is probably not English in the way that the creators of the Oxford English Dictionary envisioned.

Raised in rural Australia, I use words like “arvo” (a shortened version of “afternoon”) without batting an eyelid. Even now, I inflect the end of my sentences as though I am constantly asking a question. In other words, I speak a dialect, a variation, of the English language.

University of Turku adjunct professor Tommi Kurki, an expert in language variation and change, explains that Finnish operates in a similar way. While standard Finnish is an official language of the EU and is taught in schools and in Finnish-as-a-second-language courses, most Finns speak some sort of dialect.

That is not to say, however, that standard Finnish and dialects are unrelated to each other. In fact, according to Kurki, standard Finnish as we know it today has its roots in the nation-building project of the 1800s and is “a mix of dialects.” It includes elements taken from different areas of Finland.

Dialects in all directions 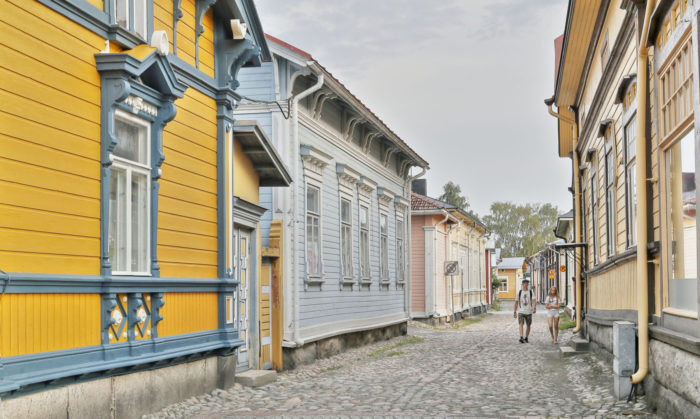 People in the western town of Rauma, famous for the colourful wooden buildings of its old town, speak a Finnish dialect that has remained distinct from that of nearby Pori.Photo: Ismo Pekkarinen/Lehtikuva

Early linguistic researchers categorised Finnish dialects by region. Finns who lived in the city of Turku, for instance, spoke a southwestern dialect, while those from the eastern town of Joensuu used a variation of the Savo dialect, named after an area of the country rather than simply a compass point.

As Kurki explains, it was understandable that, wherever you happened to be, “most people in the village spoke the same way,” since until the mid-20th century the majority of people didn’t venture far from home.

Renowned academics travelled far and wide starting in the late 19th century, recording regional variations. Most often, the researchers noted only “small shifts from village to village,” says Kurki, but there were some exceptions. He points out that the dialects spoken in the western towns of Rauma and Pori have remained sharply distinct despite their geographical proximity – a legacy, in part, of their medieval history. 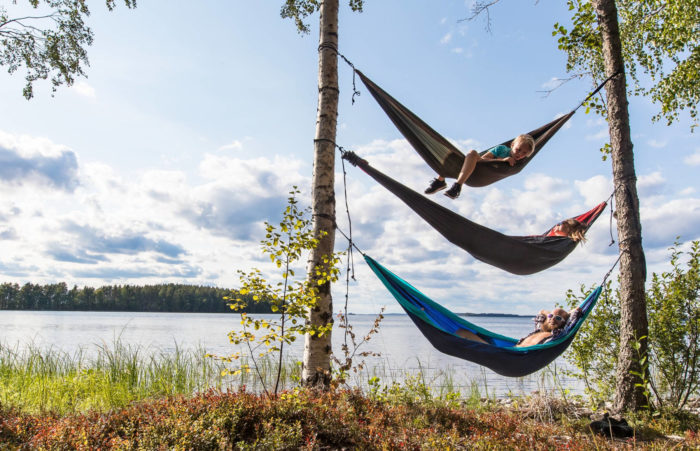 These three hammock connoisseurs relaxing beside a lake in eastern Finland very probably use the local words mie and sie instead of the standard Finnish minä and sinä for the pronouns “I” and “you.” Photo: Mikko Nikkinen/Visit Finland

Finnish dialects are commonly divided into eight major regional groups, each influenced by Finland’s complex history. The dialect groups include: Southwestern; Häme (roughly central southern Finland); transitional between Southwestern and Häme; Southern Ostrobothnia (Ostrobothnia is western Finland); Central and Northern Ostrobothnia; the Far North; Savo (roughly eastern central Finland); and Southeastern. (If you want to delve deeper into dialect divisions, the Institute for the Languages of Finland has a map.)

Kurki emphasises, however, that a dialect isn’t a snapshot, frozen in time. Modernisation, urbanisation and migration have meant that spoken variations have continued to evolve over time, stretching far beyond any rigid geographical or linguistic boundaries.

According to Kurki, these later variations are sometimes called puhekieli (colloquial Finnish, literally “speech language”) rather than dialects. For linguists, it is a way to set apart the “old dialects,” which stem from the time “when variation was more clearly governed by a speaker’s region,” he says. But he notes that the division is “somewhat unnatural,” as language is, in any case, forever changing.

The people we meet 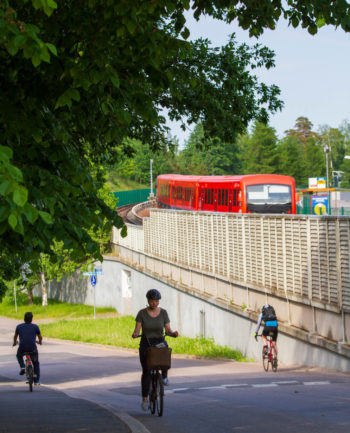 In Helsinki especially, many people use the word fillari instead of the standard Finnish polkupyörä to mean “bicycle.”Photo: Susanna Lehto/Visit Finland

As well as regional variation, Kurki says that it is also possible to look at dialects through a social or situational lens. Here, it gets a little theoretical: the social angle considers the way age, gender and other factors shape the way we speak, while “situational” refers to how we adapt our language to the circumstances. Technicalities aside, Kurki says that, ultimately, “the way that we speak is influenced by the people we meet.”

So, what makes a dialect distinct from standard Finnish? Vocabulary, of course, is a key part. For example, some Finns living in and around Helsinki use hima instead of the standard Finnish koti (home) and fillari instead of the standard polkupyörä (bicycle). But Kurki says that it’s also possible to detect a dialect in more subtle ways, like rhythm and intonation. In the southwest, for instance, there is a noticeable tonal peak on the second syllable of many words.

Even to my untrained ear, pronunciation is the most obvious point of difference. Rather than the standard pronouns minä (I) and sinä (you), for example, you might hear people say mää and sää around the central western city of Tampere, mie and sie in eastern Finland, and even mnää and snää in the west-coast Rauma region. The letter “d” is also changeable, sometimes pronounced as an “r” or even “l” in the west and often omitted altogether in the east. And those are just a few examples. 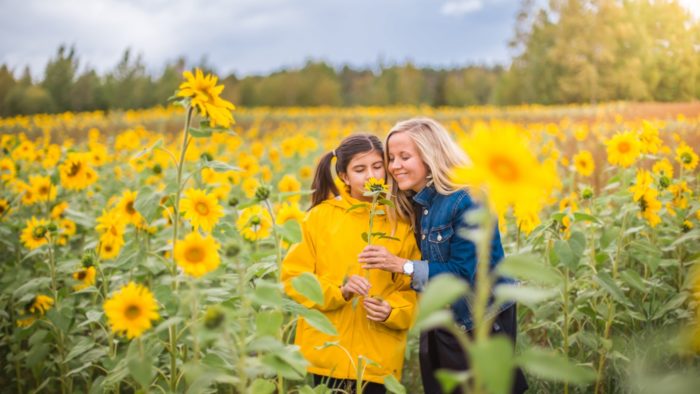 In late summer you can pick sunflowers in a field just outside of the central western city of Tampere, where one attribute of the local dialect is the change of a double “l,” as in täällä (meaning “here”), to a single “l”: täälä.Photo: Laura Vanzo/Visit Tampere

As a student still wrestling with kirjakieli (standard Finnish, literally “book language”), it is daunting to consider contending with a dialect, and Kurki doesn’t mince words. “The first steps are heavy and hard,” he says. At the same time, however, he regales me with story after story of language learners who have mastered a dialect, sometimes entirely by accident.

Kurki says that success depends, in part, on your own language background. It is encouraging to hear him say, “It is possible to understand Finnish, and it is totally possible to learn dialects.”