“Many people think better when they have had some coffee.” This good advice for Finnish learners is found in a translated example sentence in Fred Karlsson’s classic book “Finnish: An Essential Grammar.”

You’re pretty good at Finnish, but do you know it inside out? Dive fearlessly into declensions and traverse verb conjugations valiantly, and you’ll emerge with newfound confidence. One classic grammar book and two newer volumes help pave your way.

When speaking, you can effortlessly substitute the informal sä for sinä (you) and use onks instead of onko (meaning “is it?”). All well and good, but to reach the essence of the Finnish language you have to know your endings. You’ve probably built up a great deal of passive knowledge – now you just have to solidify it. 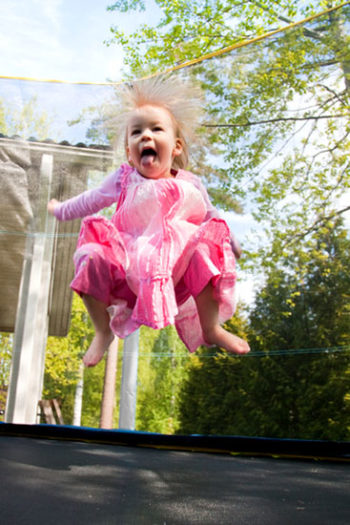 Trampoline grammar: It seems extremely unlikely that this Finnish person will ever have use for the negative participle of the verb “hypellä” (to jump around). Photo: Rodeo

Verbs show how streamlined Finnish is: The future tense doesn’t exist – Finns just use the present tense, none of that future indicative you struggled with in French class. However, Finnish verbs do contain certain twists and turns, so a conjugation table is in order. Guide to Finnish Verbs: 120 Finnish verbs fully conjugated (Finnlibri) offers help.

Strangely, part of the fun is reading all the forms you’ll probably never have any occasion to utter. Even Finnish speakers might have a difficult time using some of them in a sentence: When are you going to need the negative form of the agent participle of the verb hypellä (to jump around) – hyppelemätön (roughly “not having been jumped around”)? How about the first-person plural imperative present negative form of kammata (to comb) – Älkäämme kammatko (Let us not comb)?

Despite the large number of cases, Finnish is actually a lot simpler than German or Russian in this respect. Both Russian (six cases) and German (four cases) utilise three grammatical genders, each with its own set of endings, compounding the amount of memorisation. Also, adjectives may use different endings than the nouns they modify, exponentially confusing things. Finnish has no grammatical genders, and adjectives always take the same endings as their associated nouns.

Guide to Finnish Declension (Finnlibri), a slim volume of diagrams, tables and listings, groups Finnish nouns and adjectives into 42 different patterns (words ending in a double vowel, words ending in “a” or “ä,” and so on). To check a declension, just scan the table of contents for a word that is similar to the one you’re looking for. Does it end in “-nen” like ihminen (person), “-tus” like ajatus (thought) or “-tön” like työtön (unemployed)? 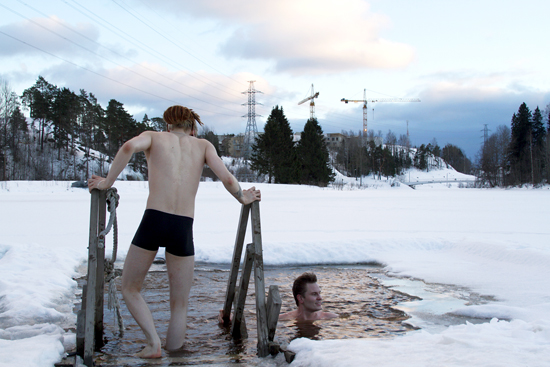 In Guide to Finnish Declension and Guide to Finnish Verbs, you’ll run into accounts of consonant gradation, spelling changes that may alter the stem of a word before endings can be added. Kaunis (beautiful) doubles the “i” and drops the “s” in order to add “-lle” and become kauniille (for the beautiful one).

Consonant gradation forms a sticking point for many non-native Finnish speakers, but rest assured that it’s all very logical and learnable. If three-year-old Finnish kids can master it, so can you. The clearest explanation we know of can be found in Fred Karlsson’s classic Finnish: An Essential Grammar (Routledge), first published in 1983 and still going strong. One of our favourite reference books, it reveals the secrets behind consonant gradation and many other mysteries.

It systematically covers the language from history to grammar to colloquial speech, categorising and illuminating as it goes. Frequent example sentences show how points of grammar play out in practical usage:

Uiminen on hauskaa (Swimming is fun) demonstrates a partitive complement in action. Onko sinulla hattu päässä? means “Do you have a hat on your head?” and not “in the head.” If you come to Helsinki yhtenä päivänä viikossa, you’re there one day a week.

We’ll leave you with a typical Finnish view about a favourite beverage, handily expressed using the past participle passive of juoda (to drink): Monet ihmiset ajattelevat paremmin juotuaan kahvia (Many people think better when they have had some coffee). That may turn out to be good advice when you’re expanding your knowledge of Finnish declensions and conjugations.

We look at three books that will help take your Finnish to the next level – and it will be practically painless.

Finnish phrases to put in your pocket
Life & societyLanguage

Finnish phrases to put in your pocket

The free service Hei Finland, accessible on your mobile device or computer, provides you with Finnish expressions for social, business and emergency situations.