Sixty-five of Åland’s 6,500 islands and skerries are inhabited. This inlet at Käringsund, on the west side of Åland, is lined with boathouses where residents can store their boats without lifting them out of the water.

The Åland Islands, located between southwest Finland and the east coast of Sweden, are something of an anomaly.

Autonomous within the republic of Finland, the archipelago has its own legislative assembly. It’s something of a wonder that this autonomy, along with the islands’ demilitarised status, has endured for a century in a turbulent and changing world.

The archipelago’s population of 30,000 residents has geared up for a year of celebrations to mark this centenary. June 9 is Åland Autonomy Day, recognising the anniversary of the first meeting of the autonomous assembly in 1922. The agreement to secure that autonomy was signed a year earlier under the auspices of the Council of the League of Nations, the forerunner of the UN. The “Åland solution” was probably the Council’s biggest triumph, and the Åland Example remains a globally acknowledged reference for conflict prevention and resolution of minority disputes. 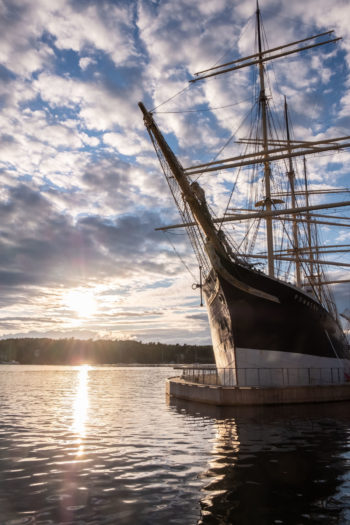 During the Tall Ships Race scheduled for July 2021, dozens of vessels are set to appear and join the museum ship Pommern, which is moored in Mariehamn, the capital of Åland. [Editor’s note: Corona-related concerns have led to the cancellation of Mariehamn’s 2021 Tall Ships event. However, Åland will still host a maritime event with refreshments, merchants and entertainment.]Photo: Tim Bird

The problem was complex and potentially incendiary. Åland, like the rest of Finland, had been part of the Russian empire. (Finland was a grand duchy in the Russian empire from 1809 to 1917.) However, Åland’s culture shares close ties to Sweden, and Åland was and is overwhelmingly Swedish-speaking. For context: In the early 1920s, Swedish was the native language of well over 10 percent of Finland’s total population, and it remains one of the country’s official languages.

When Finland declared independence from Russia in 1917, a preference among the majority of Ålanders for alignment with Sweden became more vociferous. They expressed this to the Swedish king in written format. Understandably, Sweden welcomed that idea, but the new Finnish republic was reluctant to relinquish any part of its recently hard-won sovereignty.

In the long term, the compromise has proved satisfactory to all parties, but that wasn’t the case at the time of its signing. “It was decided that Åland should get as much independence as possible without being an actual state,” says Roger Nordlund, Speaker of the Parliament of Åland and member representing the majority (as of spring 2021) Centre Party. “All three parties – Finland, Sweden and Åland – saw the agreement as a loss, because Finland didn’t get total sovereignty, Sweden lost its case for sovereignty, and Åland didn’t achieve union with Sweden.” 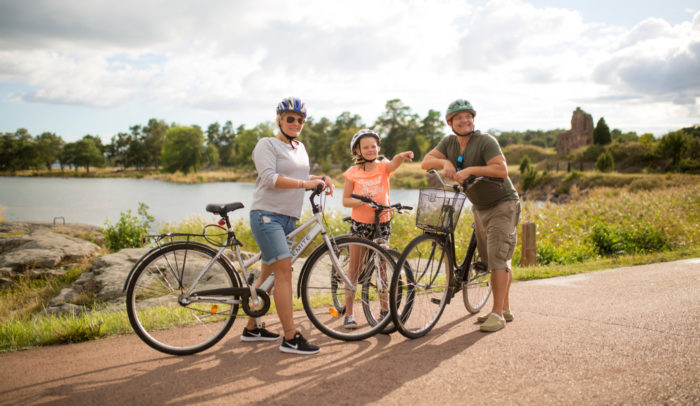 Biking is a favourite way for locals and tourists to see Åland’s countryside and coastal views.Photo: Visit Åland

It wasn’t until after the Second World War that Ålanders took autonomy to their hearts, says Nordlund. “In the 1950s and ’60s, sea traffic between Finland, Åland and Sweden began to grow, and this contributed to development, and now we have tax-free exemption status within the EU. The laws passed here on education, environment, traffic and culture are at the same level as those passed in Helsinki’s Finnish Parliament. Only decisions on issues of defence and foreign policy rest with the Finnish Parliament.”

Åland’s culture, local customs, autonomy and Swedish language are guaranteed as part of the arrangement. These guarantees ensure an enduring and friendly stability, in which the relationship with the mainland to the east poses no threat to the Ålanders’ own distinct identity.

Visitors to Åland see a pastoral idyll, a delightful patchwork of red barns, windmills and villages, fortress ruins, meadows, apple orchards, deciduous woodland and rugged shorelines, connected by shuttle ferries, cycle paths and bridges. It’s impossible to imagine that the islands could ever have been a potential source of conflict. That’s surely worth celebrating in itself.