Asked whether she only approves of Finnish food on her plate, Reetta Kivelä replies: “I’m a fan of local food – when I’m in Finland, it’s Finnish, and when I’m in France, it’s French.” Reetta Kivelä was photographed in Unique Lapland Helsinki Winter World wearing accessories by Papu.

How do you develop vegan protein that will be easy to cook and feel as chewy as meat to eat? This is the question Reetta Kivelä, Gold&Green Foods’ cofounder set her mind to when she started her work with pulled oats.

We want to provide a genuine alternative to meat and in our own way help to reduce the unsustainable mass production of meat. We firmly believe that we as a company – like each individual – can have an impact on global phenomena such as climate change,” says Dr. Reetta Kivelä, cofounder and chief technology officer of Gold&Green Foods, and one of the developers of the startup’s hit product, pulled oats.

Climate change is a driving force behind Gold&Green Foods’ values. Reetta Kivelä admits that she has a weakness for trying to save the world. She became a vegetarian in high school, but as a young adult and active athlete, had to consider whether her diet was providing her with enough protein.
“Since then, I’ve eaten based on who I’m with and what’s served. I don’t want to be difficult when people have gone to the effort of preparing food,” Kivelä says. 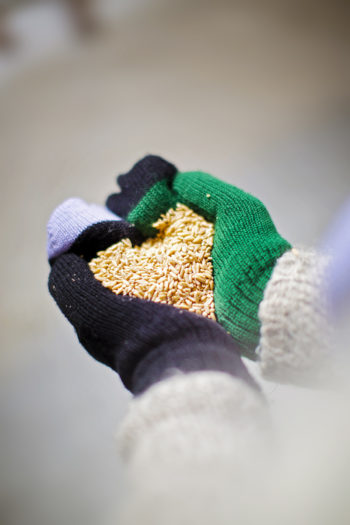 Kivelä’s doctoral dissertation on processing oats was accepted with honours by the University of Helsinki’s Faculty of Agriculture and Forestry in 2011. When she took job-alternation leave from Finland’s largest sweets and bakery company, Fazer, she was ready for new ideas. She met up with Maija Itkonen, a high school friend who was already an acclaimed startup entrepreneur and cofounder of Aalto University’s Design Factory. Itkonen suggested they should team up to create “oat meat.”

“At first the idea sounded rather unappealing,” Kivelä recalls with a laugh. “But soon we started to move forward with the idea of ‘perfect protein’.”

Their research work led to a vegan product made of oats, fava beans, and peas. The natural taste of the product is smooth and fits naturally in many dishes being perfect for busy families. The manufacturing process of pulled oats is a secret Kivelä and her business associates adapted from China. It includes only mechanical processing such as mixing, pressing and heating.

Kivelä says that at first the name “pulled oats” was a joke, but early customer focus groups liked it.

“So our ‘working title’ became the official name,” she says.

The entrepreneurs obtained startup funds from Tekes, the Finnish Funding Agency for Innovation, and facilities for product development at Aalto University. Kivelä says it’s great that there have been people who believed in the fledgling firm from the beginning.

“We set up the company in 2015 under the name Oat Kitchen, but changed it to Gold&Green Foods that autumn. I’m amazed that we’ve been able to achieve so much in such a short time – though it has required some sleepless nights,” she says.

Earlier Kivelä didn’t have a particular passion for oats, but she does now.

“Oats are a gentle grain compared to rye, for instance. And oat fibre is unique. It has a lot of protein, healthy fats, and antioxidants, so its health benefits are incomparable,” says Kivelä.

Finland is a significant producer of oats in global terms. Most of its crop is exported, with only one-tenth used in domestic food production. Kivelä notes that Nordic growth conditions are particularly favourable for oats.

“Oats simply love the Finnish growing season conditions, which include plenty of sun and water. Oats are also one of the world’s ecological crops,” says Kivelä.

Kivelä is confident that Finland has other Arctic raw materials to offer the world besides oats.

“But the competition is stiff, so no more about that for now,” she says, with a smile. 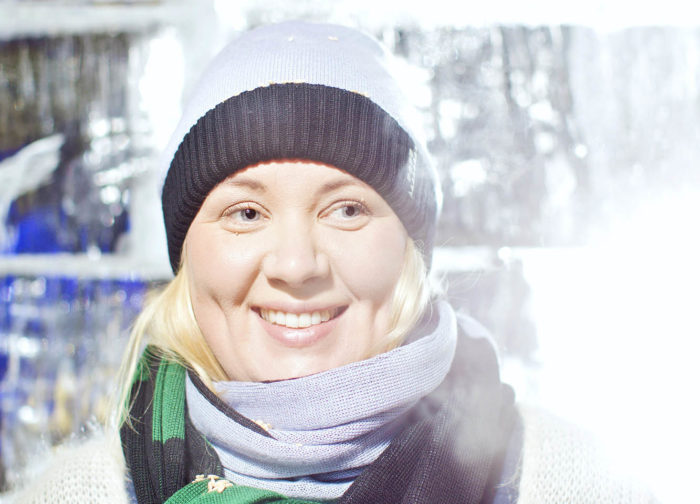 In June 2016 the University of Helsinki’s Faculty of Agriculture and Forestry honoured Kivelä as the Influencer of the Year, and in 2015 she was named Young Researcher Entrepreneur of the Year. There’s plenty of interest and demand focused on her. Kivelä does not see her past as a career path leading up to her present situation, but says that things have progressed quickly since the company was formed.

In the spring of 2016, when the product was launched, the company had just five employees, whereas now only Kivelä has a staff of 25 working under her at the factory in Järvenpää, just north of Helsinki.

“In the near future, we plan to set up a production facility in Sweden to serve the local market,” Kivelä says.

“Some people say that there’s a grim economic atmosphere in Finland at the moment, but we don’t see it that way. Maybe it comes from the joy of success,” she adds.

Gold&Green’s entrepreneurs have their sights set on ambitious internationalisation. The company’s first product has already been noted for example by news agency Reuters and in autumn 2016 earned the “Best New Protein Product of the Year” title in France.

The startup is gaining some muscle for the worldwide launch of pulled oats from its partnership with the large Finnish coffee and food group Paulig, which bought a majority stake in Gold&Green in autumn 2016.

“Pulled oats has basically been sold out in Finland since its market breakthrough,” says Kivelä. “Paulig provides us with extra resources for production, sales and marketing, but also to expand our product family.”

1. Working in product development at food-processing company Atria:
“I’m still grateful that I was given so much responsibility straight out of school, and for all that I learned there.”

2. Discovering food technology by chance:
“We lived in the Viikki neighbourhood of Helsinki, near the Faculty of Agriculture and Forestry campus, and I happened to see their brochure. Later, writing articles that led to my dissertation also affected my thinking and who I am today.”

3. Taking a job-alternation sabbatical from Fazer:
“Detaching myself from work gave me an opportunity to grasp everything, including entrepreneurship.”

This is how we do it 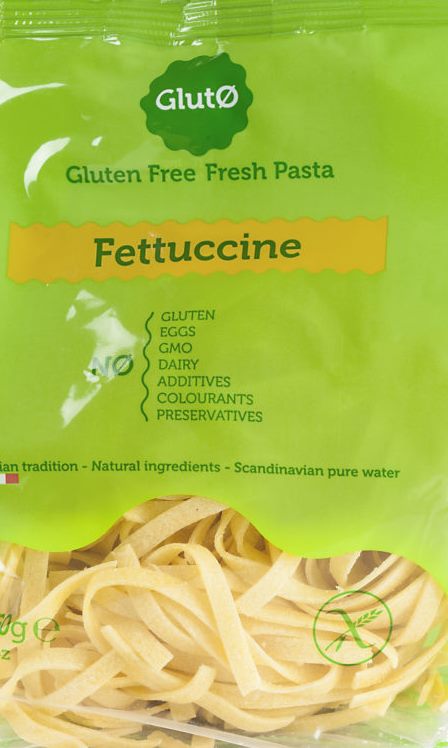 Gluto is a brand of fresh pasta that suits virtually everyone, regardless of dietary restrictions. Its fresh pastas are made from naturally gluten-free rice and corn flour, without dairy products, eggs, or additives. Gluto fresh pasta is made in Finland with pure raw materials and Italian culinary know-how. The products bring together the best of two countries: Finland’s exacting food standards and Italian gastronomical delights. 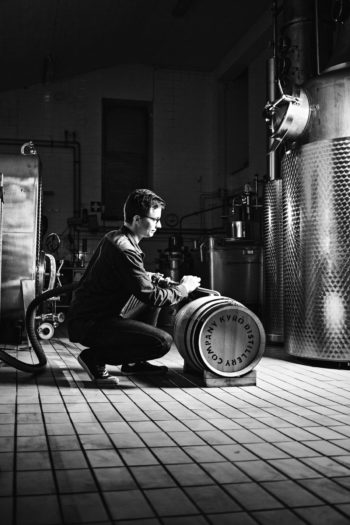 Kyrö Distillery started up in 2014 in Isokyrö, Ostrobothnia, western Finland, with a focus on producing rye whisky. It also produces Napue gin, which in 2015 won the Gin & Tonic series of the International Wine and Spirits Competition in the UK out of 150 competitors. Within 20 years, Kyrö Distillery aims to be the world’s best-known distiller of rye-based single malt whisky, with an annual output target of 20,000 litres of whisky and 30,000 litres of gin.

Arctic powers for everyone 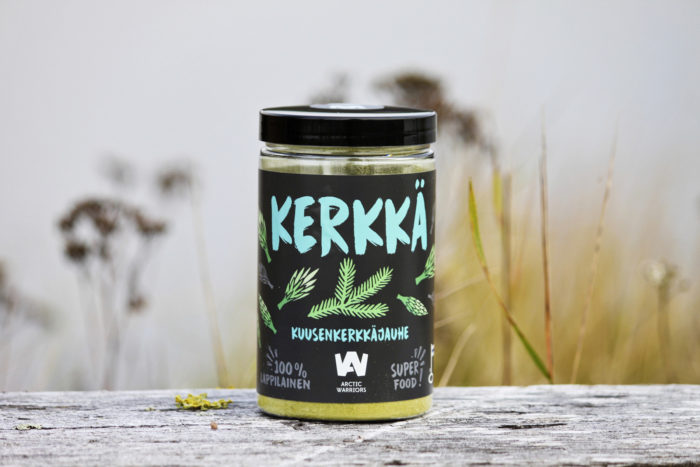 The natural products company Arctic Warriors was born out of a desire to bring the power of Lapland’s herbs within everyone’s reach. These Warriors’ mission is to fight for a good life, natural well-being, and a vibrant Lapland. The company sources its raw materials from local small farmers and wild herb harvesters. Arctic Warriors earned an award as the Most Innovative Rural Startup of 2015.

Newcomers continue to expand the ongoing trend of artisanal beers and spirits in exciting directions in the northern Finnish cities of Oulu and Tornio and beyond.