Checking his email in early June 2018, a Brazilian student named João Vieira couldn’t believe his eyes: He’d won the Capital of Metal contest. He and a friend would go to Finland to attend the Tuska Open Air heavy metal festival in Helsinki.

Brazilian metalhead João Vieira (right) is the winner of Capital of Metal’s trip for two to Helsinki, including accommodation and VIP tickets to attend Tuska Open Air metal festival. His big brother Victor Gonçalves (left, with raised arm) joins him for the adventure.

Finnish metal bands could tag an online map of Finland to help their hometowns win the title of Capital of Metal. When the result was announced on June 21, the winner was Lemi, a town of only 3,076 inhabitants, located in southeastern Finland.

An additional contest on the Capital of Metal site invited musicians and fans from all nations to enter a draw for prizes ranging from music store gift certificates to a trip to Finland, just in time for the Tuska Open Air heavy metal festival in Helsinki from June 29 to July 1. The prize includes transportation, accommodation and VIP festival tickets for two. (See more about Capital of Metal in our article.)

“I read about the campaign on Facebook”, says Vieira. “It caught my attention and I decided to participate, but I didn’t think I could win. When I checked my email, I couldn’t believe the message saying that I’d won the prize.”

An executive secretary student at the Federal University of Sergipe in Brazil, Vieira, 20, has been a metal fan since the age of 11, when he fell in love with the music after his big brother Victor Gonçalves introduced him to it. Now Gonçalves is joining Vieira on the trip. (Follow their Instagram feeds here and here.)

Gonçalves, 30, is a musician and music producer and has visited Finland before. “I used to work on sea cruises and my route passed through Helsinki, so I had the opportunity to see a little,” he says.

From northeastern Brazilian to southern Finland 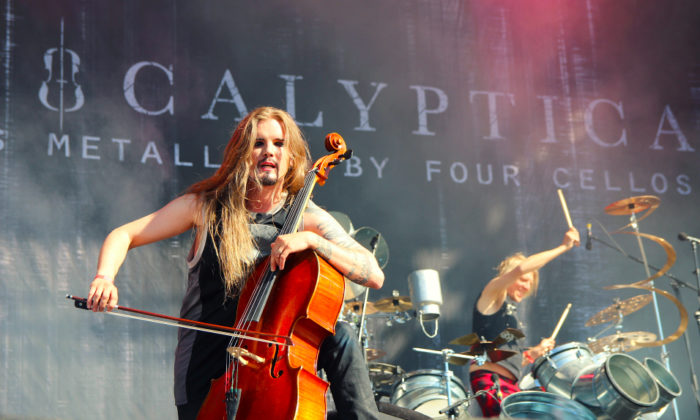 Apocalyptica is one of João Vieira’s favourite Finnish metal bands. Here they are performing at Tuska Open Air 2017 during the Metallica by Four Cellos Tour in celebration of the 20-year anniversary of the album that made the Finnish cellists famous worldwide (Perttu Kivilaakso in the foreground and Mikko Sirén on drums).Photo: Cristina Ornellas

Vieira and Gonçalves are fans of bands such as Iron Maiden (UK), Blind Guardian (Germany), Death (USA) and Carcass (UK). The two have already attended festivals held in Brazil, but are excited about Tuska. “We will see bands at Tuska that I never thought I’d have opportunity to see, like Kreator, Europe and At the Gates,” says Vieira, naming a German band and two Swedish groups. “It will be really exciting for us, moments that we’ll remember for the rest of our lives.”

The brothers come from Aracaju, the capital of Sergipe, a small state in the northeast of Brazil. Although relatively small (about 650,000 inhabitants), Aracaju is a tourist city of beautiful beaches, famous for the hospitality of its population. It is also said to be the city with the healthiest living habits and the lowest percentage of smokers in the country, according to the Brazilian Ministry of Health.

Vieira says that the local metal scene in his hometown is “very small.” He believes that this may be because bands get little in return for their efforts, leading to a situation that lacks incentives.

The trip from Aracaju to Helsinki takes 17 hours, but that doesn’t seem to faze Vieira. “It’s my first trip abroad,” he says. “We’ll stay in Helsinki for five days. I hope to see as much as possible.” 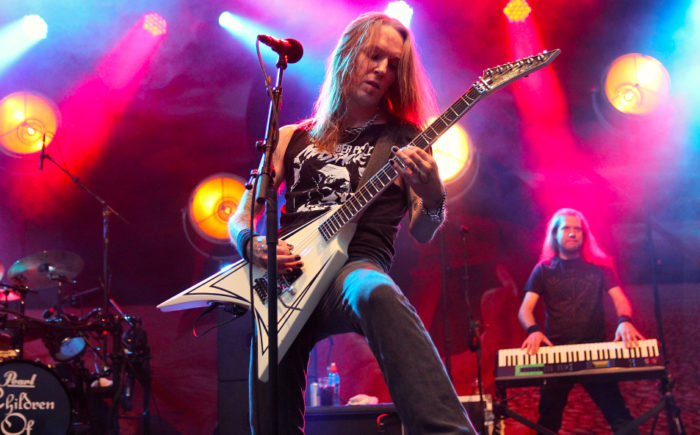 One the Finland’s most famous metal bands from Finland, Children of Bodom is also among the favourites of João Vieira and his brother Victor Gonçalves. This picture shows frontman Alexi Laiho and keyboardist Janne Wirman playing at Tuska Open Air 2017.Photo: Cristina Ornellas

Vieira’s interest in the Finnish metal scene started many years ago, while watching the famous German festival Wacken Open Air online. “I found the high number of Finnish bands in the lineup curious, and I decided to dig in. I’m a big fan of Children of Bodom, Lost Society, Turisas and Apocalyptica.”

Asked what sets Finnish bands apart, he says, “Finnish metal is different. The lyrics of the songs are usually very interesting and the sound is heavy but joyful.”

Besides his passion for heavy metal, he’s also a skateboarder and a surfer. He also likes to read and play the guitar. Through reading he has learned a lot about Finland and expresses his admiration for the education system. “I admire the way that in Finland, the taxes paid by the population return in the form of education, health and quality of life,” says Vieira.