Nightwish, one of the most popular bands of any genre to come out of Finland, aim to trigger your imagination.

If you cast your mind back to 2006, Finland’s first Eurovision success occurred when the monster-masked heavy metal five-piece Lordi took the Eurovision Song Contest by storm, despite the competition’s well-deserved reputation as the epitome of cheesy, bubblegum pop music.

Finland is renowned for its heavy metal exports well beyond Eurovision: Nightwish, HIM, Insomnium, Children of Bodom, Amorphis and many other Finnish artists are cherished by metal communities around the globe. Nightwish have sold more than eight million records worldwide – a huge achievement for a band in a genre that struggles to get mainstream media coverage.

This phenomenon has existed for years but the question remains: How can Finnish metal bands inspire such popularity abroad?

Heavy metal hot spot: Finland is the reddest country on the map when it comes to metal music, with a whopping 53.2 bands per 100,000 people.Illustration: depo/cc-by-sa

By definition, heavy metal fans crave music from outside the mainstream. They champion material that boldly stands out against the normality of pop. Perhaps this is the main reason why Finnish metal is adored abroad.

Finnish metal features incredibly complicated song structures. From Children of Bodom’s intricate yet mesmerising guitar solos to Apocalyptica’s dedication to the use of cellos instead of guitars, and even Nightwish’s drive for telling tales of fantasy, Finland’s musical exports have qualities that set them apart in the heavy metal world.

David Creamer, a 19-year-old metal fanatic from Manchester, England, puts his love for Finnish metal down to the songs’ structural complexity. “When I talk about musical complexity in relation to Finland’s metal musicians, I don’t so much mean the technical aspects of their writing, although there are many Finnish metal acts like Wintersun that do push their musical talents hard,” he says. “But more than that, there is a striking diversity in the styles of metal that hail from Finland. Thinking about this complexity, Finnish bands have a seemingly endless capacity to cater for fans who like to listen to a variety of metal.”

The existence of so much variety in both the song-writing and the complexity of the musical approach makes the music enjoyable to fans all over the globe. 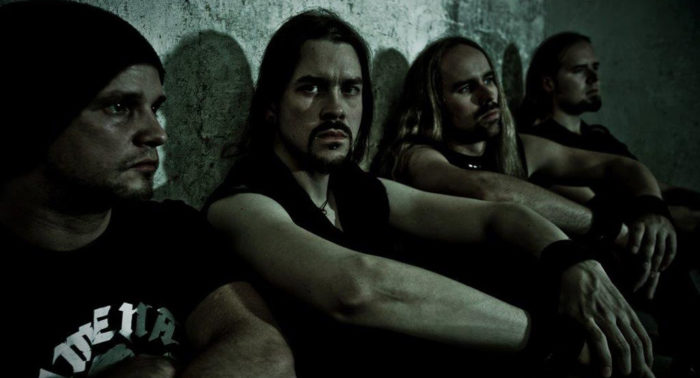 Now that you mention it, the members of Insomnium do look like they may be suffering from a slight lack of sleep.Photo: Axel Jusseit

While audiences appreciate complicated song structures and expert musicianship, another notable characteristic of Finnish metal bands is a burning desire to express a multitude of emotions. Insomnium’s beautiful twin guitar play and moving lyrics can move listeners to tears. Children of Bodom can channel your inner aggression, and Korpiklaani can set you roaring with laughter with their cheery fusion of metal and folk.

Nightwish have long been known to tell stories of fantasy and add emotion to their works through a theatrical musical approach, using a combination of keyboards, double bass drumming, heavy guitars and operatic vocals.

On the back of the band’s eighth studio record, acclaimed by music critics around the globe, lead vocalist Floor Jansen explains how Nightwish exemplify why Finnish metal is so popular. She emphasises the importance of the emotions it triggers and the themes it covers – including a surprising link to nature.

“This music triggers your imagination, and this album tries to trigger not just your imagination but the magic of reality,” she says. “Things like how birds migrate or how the world starts to grow again after winter. There are so many small miracles in nature. That makes this album unique.”

In a league of its own 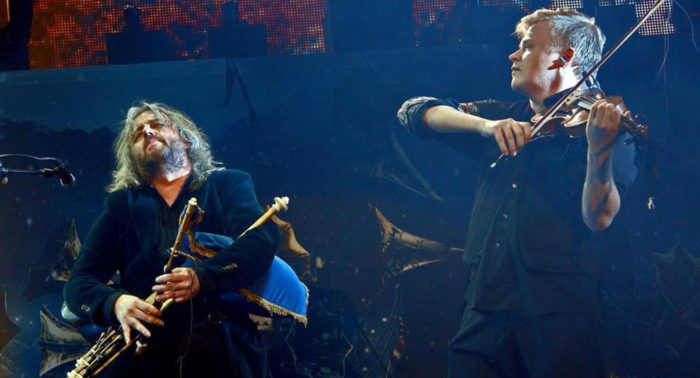 Considering this level of enthusiasm, it’s no surprise that Finnish metal is extremely popular not just within the country’s borders, but to a global music audience as well. The age of the internet and social media has helped bolster Finland’s grip on the hearts and minds of metal fans, with channels like Spotify and YouTube giving worldwide access to a host of Finnish talent.

With many of Finland’s biggest metal exports performing at music festivals around the world every summer, Finland’s relentless dominance of the global heavy metal scene shows no signs of slowing down.