A mannequin in Samuji clothing gazes through the window at the tree branches outside.

We visit the studio of Finnish clothing designer Samu-Jussi Koski, the man behind the Samuji label. Known for its attention to quality and timelessness, Samuji seeks to counterbalance the prevalence of cheap, throwaway fashion.

The name “Samuji” comes from designer Samu-Jussi Koski’s own name, and though people often mistake it for a Japanese word, his clothes and accessories are very Finnish. It’s not a surprising mistake, given that the aesthetics of Finnish and Japanese design overlap. The clothes are simple, elegant and well constructed. Nonetheless, Samuji is distinctly Nordic.

Koski claims Finnish designer Alvar Aalto as the inspiration in his use of natural materials and simple shapes drawn from nature. His palette is the Finnish landscape with forest greens, deep blue lakes, yellow fields and pink sunsets; the colours are organic and soothing. The collections emphasise quality and timeless design.

When Koski first came up with the idea for Samuji, he wanted to create a perfect and complete wardrobe for women – a wardrobe that contained only ten pieces. These ten pieces formed the starting point for the Samuji Classic Collection in 2011. He later added the Seasonal Collection, which reflected a more bohemian spirit.

Telling a story with beautiful clothing 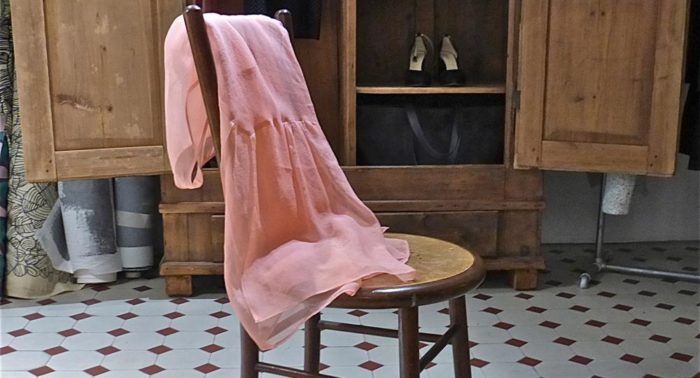 Every piece of clothing has a story.Photo: Karen MacKenna

Koski also wanted each piece to tell a story, and beautiful clothing does tell a story. A beloved dress has a history, while a new dress is full of promise. Samuji designs include an element of whimsy and mystery, and this, along with their everyday usefulness, has made it such an appealing brand in Finland and abroad.

I pay a visit to the Samuji studio on Korkeavuorenkatu next to Café Succès, which serves some of the best cinnamon buns in town. The studio is located upstairs in a former public sauna and still has the feel of a bathhouse. A stylish lounge area fits into the cool, open space. No need to renovate – the tile-covered floors and water faucets hidden behind the clothing racks give this unique atelier an inimitable Finnish authenticity.

The Samuji team is young and happy, and their inspiration is evident in the array of drawings, fabric swatches and found art that surround them where they work. I get a look at current and upcoming collections, from beautiful woollen coats to lightweight summer shifts. The Classic signature pieces are designed to be those essential items in a wardrobe. The boho designs are playful, yet unlikely to go out of fashion anytime soon. Before I leave I spy a pair of flat sandals and a dress that I wouldn’t mind taking home but they belong to next season. I will have to wait.

Know where you’re coming from 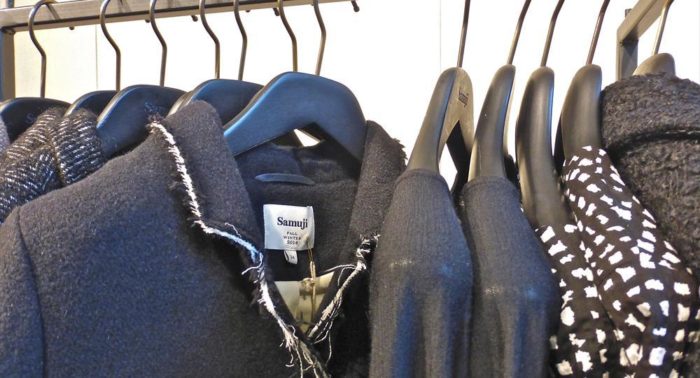 Samuji’s clothing is ethically produced in Europe, so they can “know their producers.”Photo: Karen MacKenna

Prior to launching Samuji, Koski served as creative director for the famous Finnish textile brand Marimekko. Samuji textiles now come from the UK, Italy and Japan, although the spring 2015 collection includes some of their own textiles.

Sustainable design forms a priority for Samuji. The clothing is ethically produced in Europe so they can “know their producers,” Koski says, and it’s made from natural fibres such as wool, cotton, silk and linen.

When asked who the Samuji woman is, Koski says he hopes she is someone who appreciates quality over quantity. At a time when mass-produced clothing is littering the planet, this comes as a welcome alternative. Perhaps we do only need ten timeless pieces instead of cheap, throwaway fashion that only lasts one season. 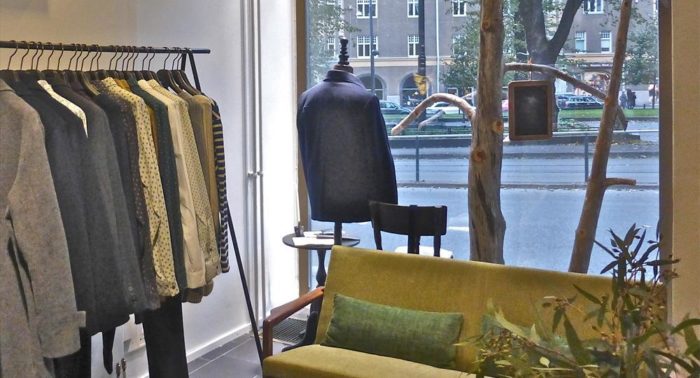 Not a lot of items: Samuji’s stores stay true to the label’s minimalistic philosophy.Photo: Karen MacKenna

Helsinki contains two Samuji storefronts: Samuji Espa and Samuji Erottaja. What you will notice when you visit them is that there are not a lot of items in the store. Nor should there be, if Samuji stays true to its philosophy of minimalism and a pared-down but solid wardrobe.

The women’s collection is presented along with the men’s line, which has been hitting the right notes since its start in the autumn of 2013. There are accessories too: hats, scarves and shoes – everything you need to feel well dressed, stylish and original.

“We aim to create everything from the heart at Samuji,” says Koski. “Hopefully that is something that translates into the Samuji designs.”