Finnish jewellers are making waves all over the world, from Canada to Japan. High-end craftsmanship, intriguing organic forms and an incomparable wow factor separate Finnish artisans from the pack.

“The basis of influence for jewellery can come from any part of one’s life,” says Marisanna Multamaa, a Tampere-based jewellery designer. “Organic forms are a natural draw for many people.” Multamaa studied at the Institute of Design in Lahti.

Eero Hintsanen of the label Chao & Eero also studied there, in a different year. He notes that many of his counterparts in the field respect the Lahti programme, which has become a cornerstone of the goldsmith and jewellery industry in Finland. 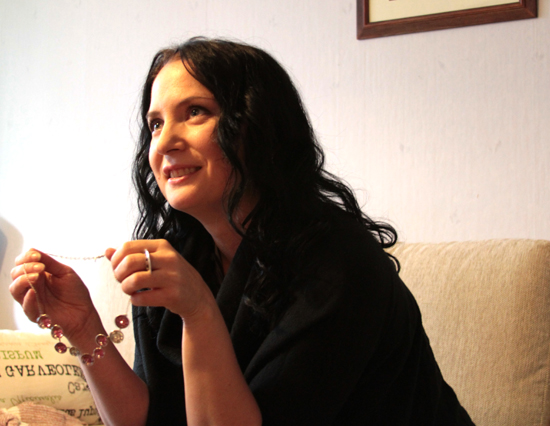 For Multamaa, the choice to become a jewellery designer is based on several factors. Her background reflects the long history of the trade in Finland. “There has been a tradition of smiths in my family since the 1800s,” she says. “I’ve always been an artistic person. When making new works, I feel that I’m in my element.”

She opened her shop in 2006, and has been in demand ever since. Her most renowned design is the Mustikka (meaning “blueberry” in Finnish) jewellery sets. Former Finnish President Tarja Halonen, who may be her most famous fan, wore Multamaa’s Mustikka necklace on a number of outings.

Like many jewellery designers from Finland, Multamaa handcrafts all her creations from start to finish. It’s a time-consuming process: A Mustikka necklace requires a full day’s work.

The quality of handcrafted jewellery forms a distinguishing factor on the Finnish scene. Chao & Eero’s emphasis on handcrafted quality pieces have earned much respect in Finland and abroad. “There is a lot of value in traditional craft that can’t be replaced,” Eero Hintsanen says. “The challenge is to market it right.”

Chao & Eero first got into Japanese market through a company in the Kansai area selling Nordic design products. As the company’s confidence grew, it decided to open a shop for Chao & Eero in Kyoto, and obtained exclusive rights for distribution in Japan.

Called Melumo Putiikki, the shop has two stories. The upstairs is devoted to Chao & Eero, the downstairs to bags and accessories. In order to serve their customers, they have sent staff to Chao & Eero’s studio in Lahti to learn about the stories behind the collections and see how everything is made. In this age of mass-produced products manufactured in questionable conditions, Japanese customers appreciate knowing exactly how and where Chao & Eero’s jewellery is created. 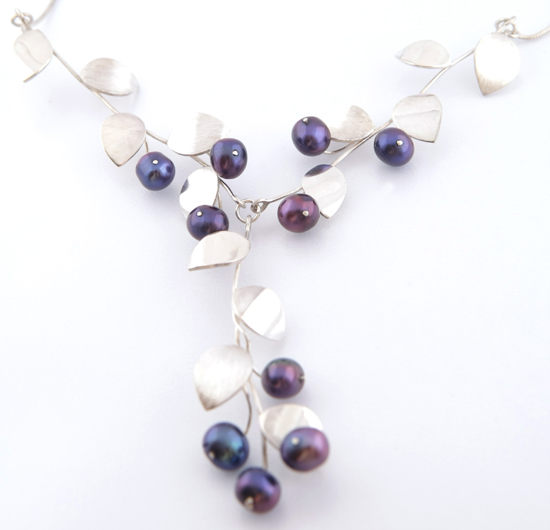 Time and dedication is what makes the quality of Finnish jewellery so known. A necklace like this is handcrafted by the artist herself. Photo courtesy of Design Marisanna Multamaa

“Good quality is your responsibility,” says Hintsanen. He and his wife Chao-Hsien Kuo believe that while new technologies such as 3D printing are being mentioned as the next big thing in the field, they cannot replace the quality, dedication and perfection in a handcrafted piece.

Rather than opening a shop in Finland, they set up an online store and work at their studio in Lahti. Chao hails from Taiwan, but she has lived all over the world. The couple see themselves as born global, and their customer base reflects this. While their jewellery is very Finnish, they don’t focus solely on Finnish customers.

Chao is a city girl who is inspired by nature; Hintsanen is a country boy who is interested in graphic and urban designs. He notes that she has a good eye for observing little details in nature, which become the basis for pieces of jewellery. The name of a piece may provide a clue about the original inspiration, but the design may be very abstract. 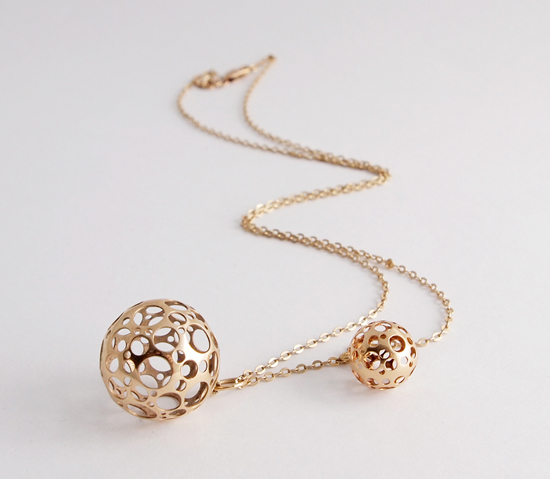 Cosima Friesen, owner of Hopea, sells vintage pieces such as this one by renowned Finnish designer Liisa Vitali. Photo courtesy of Hopea

“I think people naturally have an eye for organic forms in jewellery,” says Cosima Friesen, who curates and sells vintage Nordic jewellery for her online store Hopea (the word means “silver” in Finnish), based in Calgary, Canada.

While studying in Toronto, Friesen came across vintage jewellery from the 1960s and ’70s, which triggered her curiosity. In 2011 she started Hopea, an online shop for vintage Nordic jewellery. It’s been gaining much praise and attention, and was recently featured in Canada’s premier fashion magazine Flare. While many of Friesen’s customers are Nordic design connoisseurs, she also has many who are just attracted to the shapes.

“In Finnish design, they have really made an aesthetic commonality in natural shapes,” says Friesen. “I often hear it’s organic, it’s unusual, it has that wow factor –more so than other Nordic designers.”

Designer Tapio Wirkkala’s artworks can be seen in the world’s most esteemed museums – and also in regular Finnish homes.