Shoe designer Minna Parikka decided on a career direction at 15, and Finland’s fashion scene has helped her fulfil her dreams.

She doesn’t have a daily routine – every day is different. “When I open my email, I never know what I’m going to get,” she says.

When Lady Gaga descended upon Scandinavia to snatch the Double Platinum Award in 2011, Parikka got a message from the star’s record label, Universal Finland. With three days left before Gaga’s arrival, they needed something extraordinary. Parikka designed a pair of high-heeled platinum pumps for Gaga for the award ceremony.

“I was thrilled,” says Parikka. “For Gaga, you always need to design something extra.”

You have to be playful 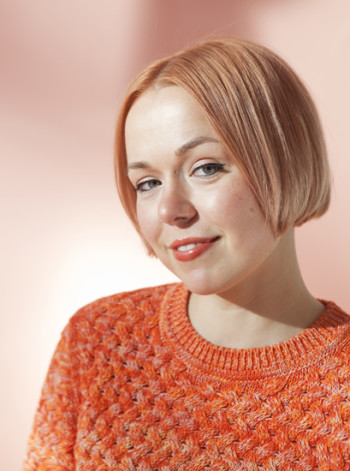 Parikka’s philosophy: “May these shoes lead you to new adventures.”Photo courtesy of Minna Parikka

It all started in high school. As the fable goes, Parikka was only 15 years old when she decided she was destined to become a shoe designer.

She stepped on a plane to England at 19-years-old to study footwear design. Upon graduation, she worked as a freelance designer in London and Italy until returning to Helsinki in 2006 to launch Minna Parikka shoes.

Now, her shoes and accessories are sold all over the world, including a shop on Helsinki’s Aleksanterinkatu, called Minna Parikka Universum. A sign there reads: “May these shoes lead you to new adventures.”

Best known for designing bombastic, colourful shoes, quaint leather gloves, little clutches and party purses that draw out every woman’s inner Catwoman, she creates work that combines sultry and vintage styles with a slap of fetish. She also has cartoon-covered footwear called Bugs pumps, which draws upon the inspiration of Disney and Hello Kitty (created in collaboration with artist Jani Leinonen).

“You have to allow yourself to be playful,” says Parikka. “Life is too short to take style too seriously.”

Create your own universe 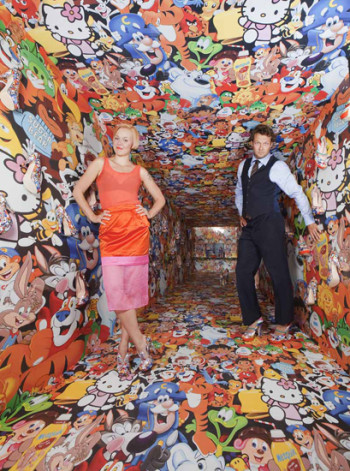 Her bright, candy-hued pieces are worn by celebrities and stars such as Fergie, performer Beth Ditto, first lady of Finland Jenni Haukio, and supermodel Kirsi Pyrhönen. Parikka’s Ginger bag was selected as a gift by the Finnish presidential couple to the Swedish royal family’s Princess Estelle.

Her shoes are exported to 17 countries – including Italy, Germany, China, France and Denmark. Her latest conquests are China and Japan, where she is infiltrating the market. Meanwhile she is taking part in museum exhibitions like Stepping into the Limelight, a group show at the Grassi Museum in Leipzig, Germany (until September 29, 2013).

Parikka has inspired many younger designers, too. Since her company won the Timangi 2011, a young entrepreneur’s prize of 30,000 euros, a first-class Finnish postage stamp was printed featuring cherry red heels from her 2009 collection.

When asked what advice she has for young female entrepreneurs, Parikka says to “create your own universe and keep on developing it no matter what.”

Her designs include her Spiderwoman black heels or the Jacqueline pumps in a deep, red wine. One typical trademark is her “melt and drip” gloves, which feature cartoonish drop-shaped curves of colour that appear to ooze over the hands. 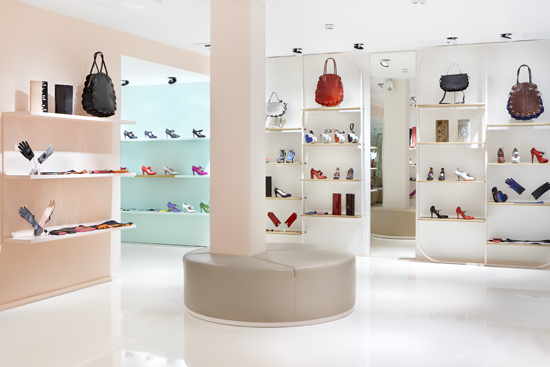 Parikka’s universe: A variety of bold styles are found in the Minna Parikka Universum boutique on Aleksanterinkatu in the Finnish capital.Photo courtesy of Minna Parikka

The more experimental designs include fetish-inspired masks and giant head pieces made from shoes paired on top of one another. Bizarre, weird and otherworldly – almost bondage – it doesn’t necessarily fit in with the cutesy boutique she has in Helsinki.

There’s room for both according to Parikka, who clearly knows the best part about running her own business: “I am my own boss and I get to be the ruler of my own queendom,” she says.

With all this steam behind her, you could simply say she took the Finnish fashion scene by storm. Although that scene isn’t extensive, its small size has actually given her the space to become the designer she desires to be.

Finnish fashion universe in the blogosphere

Fashion Flash Finland, a blog opened in June 2013, welcomes readers to “the Finnish fashion universe” with news, reviews, interviews and tips. It aims to “open the door to the fascinating fashion scene” of this “mysterious northern country.”

When we checked it out, the blog included pieces about not only Minna Parikka, but also Shoebakery, where five young shoe designers share a workshop and showroom in downtown Helsinki. Which is to say that on Fashion Flash Finland you’ll find famous names like Paola Suhonen’s Ivana Helsinki, but you’ll also run across smaller names that are waiting to be discovered.