The Rasmus began as a group of energetic teenagers and evolved into a stylish, pop-perfect rock band with just the right amount of edginess.

In a survey on our Facebook page, we asked readers to tell us about their favourite Finnish bands. Here are the top 10, compiled from the thousands of answers that poured in.

Since the letkajenkka dance craze in the 1950s (yes, really, Google it – we dare you), Finland has turned out the occasional popular artist who captured the imagination of the world, but over the last dozen years or so, more and more bands have managed to break through internationally in their own genres.

With so many Finnish bands out there, playing to packed rooms of ravers, metalheads, indie kids and fans in countless other scenes, let’s look at who topped our survey: 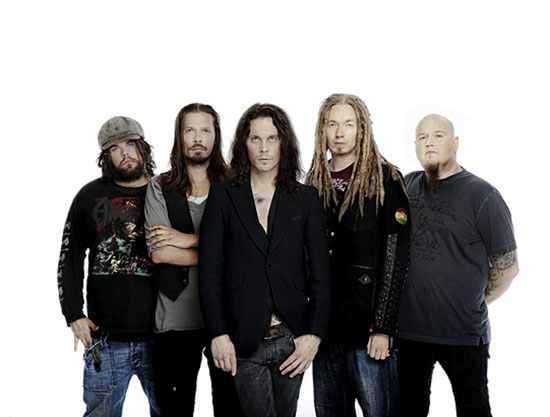 Playing its own brand of “love metal,” HIM is a rock band in the classic mould. Singer and songwriter Ville Valo has a decadent sort of charisma, while the band behind him churns out memorable riff after memorable riff. Their image consists of a romantic mixture of red velvet drapes and film noir charm, and the songs deftly explore that murky, fog-shrouded area where love and death meet. Active for over 20 years, they became global stars when their fifth album, Dark Light, was released in 2005. At this writing they’re working on their eighth album, Tears on Tape. 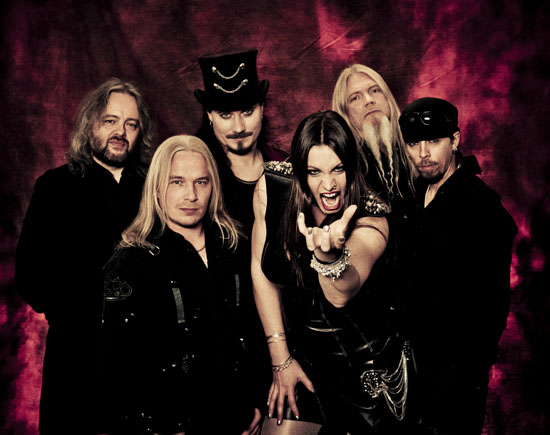 Hailing from the bucolic small town of Kitee close to the Russian border, Nightwish has become the North Star of symphonic metal, one that many others in the genre can’t help but steer by. Their international career started with Wishmaster back in 1999. The band has several world tours under its belt, with sold-out arenas dotting the globe. Mastermind Tuomas Holopainen has always been a fan of movie soundtracks and their newest album, Imaginaerum, inspired a movie of the same name, made by the band in cooperation with director Stobe Harju. 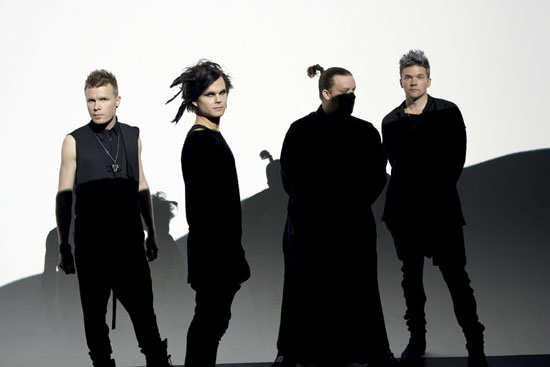 These guys started out as teenage funk rockers bursting with energy, then evolved into a stylish rock band with just the right amount of darkness to give their pop-perfect songs an alluring edge. Back in 2004 there weren’t many places in the world you could go without hearing “In the Shadows” on the radio at some point in the day. Dead Letters, the album that single was taken from, formed a worldwide smash. The band is especially popular in Asia and Europe – one of its members now lives in Singapore and another in Italy – not bad for a bunch of teenagers who just got together to play some funky jams all those years ago. 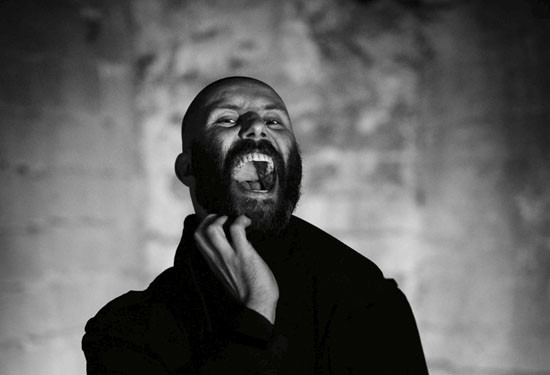 Aku Raski, a.k.a. Huoratron, is a one-man seismic event and a form of rhythmic absolution. He plays an aggressive brand of dance music that tends to inspire communal vibes, stage invasions, intense dancing and joy. Huoratron is a musical battering ram to bring down the walls of apathy. In addition to releasing a couple of hot EPs and a full-length on US-based Last Gang Records, Huoratron has created remixes for global artists like M.I.A. In summer 2013 Huoratron’s pounding beats and squelchy synths hit the legendary Coachella Festival in the US. 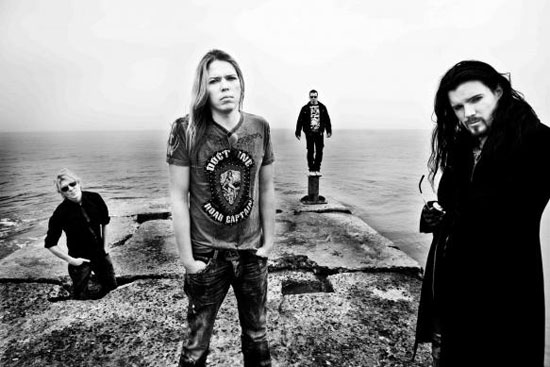 The band consists of three classically trained cellists whose first brush with fame came when they arranged Metallica songs for their cellos. Since then they’ve developed into a world-class, modern, hard-rock band, albeit one without guitars. The distorted wall of cellos more than makes up for it, and the stellar cast of visiting singers and musicians puts every Apocalyptica album over the top and into the charts. They’ve teamed up with Dave Lombardo of Slayer, Gavin Rossdale of Bush, Till Lindemann of Rammstein and Joseph Duplantier of Gojira, among many others. 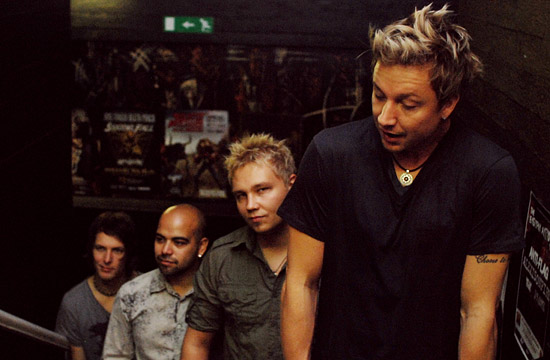 This Espoo-based band has won over millions of people with its melodic pop rock. In recent years it has become one of the most-played groups on German radio. The band’s songwriter and singer possesses a deft touch with larger-than-life ballads, in addition to radio-friendly pop rock. Songs like “Hollywood Hills,” “Fairytale Gone Bad” and “Heal Me” capably pluck the heartstrings of the multitudes. Sunrise Avenue is definitely at its best in an arena environment. Their newest album, Out of Style, is released in 70 countries. 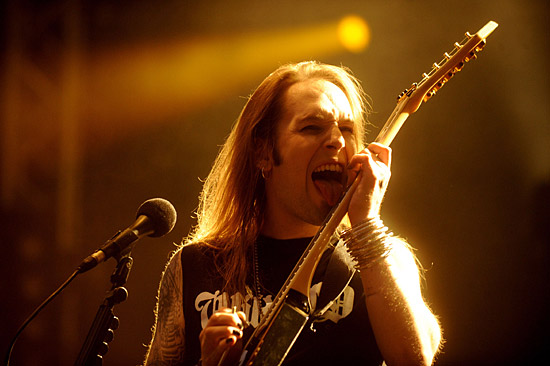 With singer, songwriter and guitar hero Alexi Laiho at the helm, Children of Bodom defies easy categorisation. Drawing from a number of metal genres as well as punk, the band has been labelled as everything from melodic death metal to power metal. It’s all that and more. Laiho is considered one of the world’s foremost guitar heroes at the moment and even has a signature model with ESP Guitars. Children of Bodom has ranked as an international phenomenon from the very beginning, and has produced a number of stone-cold metal classics, including “Hatebreeder,” “Hate Crew Deathroll” and “Are You Dead Yet?” 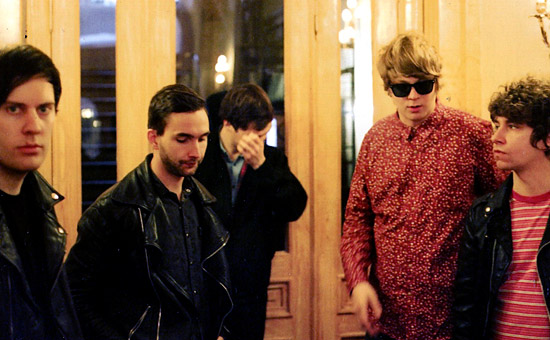 These indie rock road warriors play a sunny sort of rock influenced by British indie and post-punk, as well as American surf music. French Films loves the road and spends a lot of time touring Europe, where their sweaty, exuberant shows have won them a steady following. Their records have been setting the blogosphere alight since the release of their first single, “The Golden Sea,” in 2010. They released their acclaimed debut album Imaginary Future in 2011 another is in the works. Thanks to their relentless touring, they won the European Border Breakers Award for 2013. 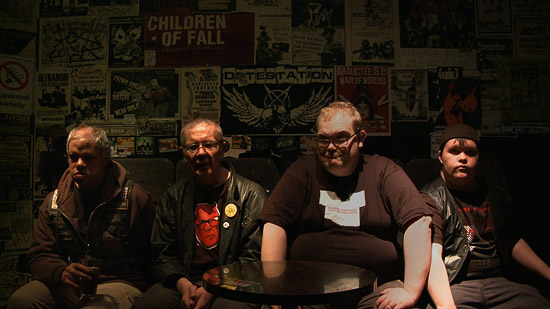 Pertti Kurikan Nimipäivät (Pertti Kurikka’s Name Day) consists of four middle-aged men who are mentally disabled. Their songs, harkening back to the classic punk sound of 1977, tell stories about their lives. Started as a part of a cultural outreach program in 2009, the band went on to take Finland by storm. It also forms the subject of a critically praised documentary film, The Punk Syndrome. Recently they’ve toured in continental Europe and been booked – both band and film – to appear at the South by Southwest Festival in Austin, Texas. Fans in the UK started a collection to bring Pertti Kurikan Nimipäivät and The Punk Syndrome to Britain. 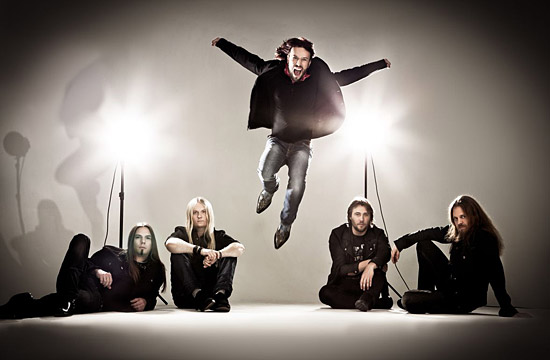 Take the bombast of Nightwish and marry it to the theatricality of Queen. Add some arctic madness and you get Sonata Arctica. This is a band that does nothing halfway. They’re considered power metal, but this misses out on the fundamental strangeness and originality at their core. The band plays a soaring, lyrical, symphonic take on classic European metal, but as album names like Stones Grow Her Name indicate, there’s something a little mystical about them. Perhaps the Northern Lights sprinkled down some dust on the band. Hailing from Kemi, near the Arctic Circle, they enjoy a solid fan base in continental Europe and Japan.