“If you’re interested in Finnish metal, then you should definitely check out Sibelius,” says bassist and composer Lauri Porra, who also happens to be Jean Sibelius’s great-grandson.

Special events and concerts were scheduled in Finland and around the world during 2015, which marks the 150th anniversary of national composer Jean Sibelius’s birth. We asked two insiders for tips on how to soak up jubilee fever – and we find out what Sibelius and heavy metal have in common.

Finnish pianist Folke Gräsbeck is dedicated to Sibelius, having performed two-thirds of his approximately 600 works, including premieres of 90 rare and newly discovered pieces. Gräsbeck selected the soundtrack, including some of his own recordings, that accompanied Sibelius and the World of Art, an exhibition at Helsinki’s Ateneum Art Museum (through March 22, 2015).

In April, Gräsbeck released an album featuring Sibelius’s own piano, recorded at Sibelius’s home, known as Ainola and located about 40 kilometres north of Helsinki near the town of Järvenpää. The Steinway itself, a 50th-birthday gift to the composer, is now a century old.

“It’s a pure pleasure to play, with a warm, subtle, lyrical sound,” says Gräsbeck, “and there are certainly spiritual vibrations in the air of that house.”

Along with conductor Osmo Vänskä and the Lahti Symphony Orchestra, Gräsbeck plays on many tracks of BIS Records’ recently completed set of all known Sibelius pieces. 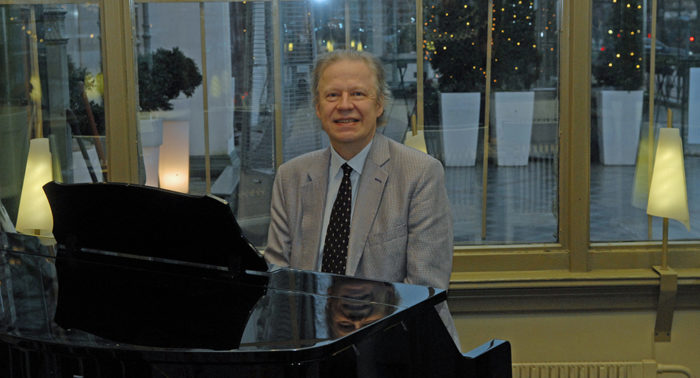 “One main feature in all [of Sibelius’s] pieces is a strong melodic presence,” says pianist and Sibelius expert Folke Gräsbeck.Photo: Sinimaaria Kangas

“Now that we have this 68-CD box set, it’s possible to listen to Sibelius’s entire repertoire from 1883 to 1931,” says Gräsbeck. “One main feature in all the pieces is a strong melodic presence. Even in his youthful works, you have captivating melodies. He didn’t yet have the Kalevala romantic vocabulary that he reached in Kullervo and Lemminkäinen and the big orchestral works. But this sense of having an intense melody – it was there from the start.”

Gräsbeck champions Sibelius’s lesser-known works, many of which he believes to give true listening pleasure, perspective and depth in addition to the narrow selection of a very few “greatest hits” such as Finlandia, Valse triste, the Violin Concerto and the seven symphonies.

The pianist showcased both obscure gems and well-known works at his own festival on the island of southwestern Finnish island of Korpo. In July 2015, the event starred the Flinders Quartet from Australia. During 2015 Gräsbeck also played in Berlin, Tel Aviv and the Finnish city of Lahti, whose Sibelius Hall is “by far the best place to hear his music,” he says. “It has such excellent acoustics.”

Sibelius the godfather of metal? 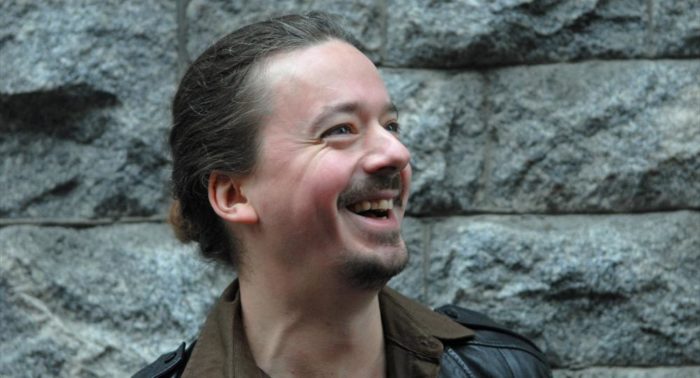 “If you’re interested in Finnish metal, then you should definitely check out Sibelius,” says Lauri Porra, Sibelius’s great-grandson.Photo: Sinimaaria Kangas

“If you’re interested in Finnish metal, then you should definitely check out Sibelius,” he says. “His style has influenced all Finnish music – metal especially, because it’s very harmonic and has a National Romantic side to it. Metal and classical are actually quite close. Sibelius used a lot of influences from old Karelian [eastern Finnish] folklore and Kalevala [the Finnish national epic] in his work. So do Finnish metal bands like Amorphis.”

“Everybody in Finland studies this runic tradition. It’s a flat key and it’s a bit melancholic. This is what you can hear in Sibelius as well as in Finnish metal. The bigger, more melodic bands like Stratovarius, Amorphis, Nightwish and Sonata Arctica are all influenced by Sibelius in some way. Most Finnish metal players have some kind of classical background, which of course includes playing Sibelius.”

Porra’s mother, who knew her own grandfather well, heads up the Sibelius family commission that  oversaw the 2015 jubilee year.

The building blocks of Finnish identity 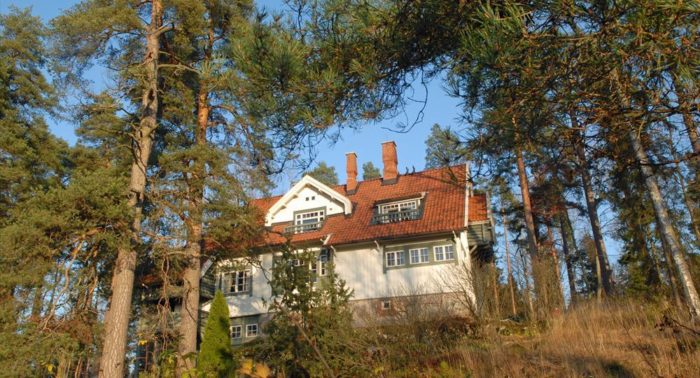 “Visit Ainola [the house where Sibelius lived and worked], because it’s one of the best-kept home museums in the world,” Porra says.Photo: Sinimaaria Kangas

“The nice thing is that people are not just doing obvious Sibelius things in 2015,” says Porra. “For instance, the Avanti! chamber orchestra is reinterpreting some of his music for plays and ballets. I’m taking part in my own way: touring 150 schools in the spring, playing Sibelius songs and improvising.”

February 12, 2015 marked the premiere of Porra’s concerto for electric bass and orchestra with the Lahti Symphony at Sibelius Hall. Around the same time, he released his third solo album, Flyover, an instrumental project featuring a symphony orchestra.

“Even if you’re not interested in the music of Sibelius, you should visit Ainola, because it’s one of the best-kept home museums in the world, and there are lots of other artists’ houses nearby in the Lake Tuusula area,” he says. “We still have family events there, such as Aino’s birthday, or just go there and have a cup of coffee.”

Porra fondly remembers his grandmother, Margareta, who told him “lots of funny stories” about her father.

“Sibelius had a much bigger impact on the Finnish mentality than just music. After all, he and these other artists helped to create the national identity. There’s even a saying that Finns are defined by ‘sauna, sisu and Sibelius.’”