Both grew up as urban kids with roots in the Karelia region of eastern Finland. Despite little early exposure to folk, both have deeply researched Finnish roots music: Jää earned a master’s degree in folk music and Käppi has one in ethnomusicology.

While Käppi has reinvented the three-stringed jouhikko as a powerful solo instrument using electric guitar amps and effects, Jää digitally processes her fiddle and voice to create tantalising soundscapes.

Tuuletar is a quartet that mixes traditional Finnish group singing with beatboxing and influences from Bulgaria to Bollywood.Photo: Katariina Salmi

The current wave of Finnish artists is gaining attention abroad with savvy blends of urban sounds and folklore.

The four-woman a capella ensemble Tuuletar performs “vocal folk hop,” mixing traditional Finnish group singing with beatboxing and influences from Bulgaria to Bollywood. The quartet has toured four continents over the past decade and sung for a Game of Thrones trailer.

Essi Muikku plays the kantele, a traditional zither that is Finland’s national instrument. Okra Playground, a group that she founded, released its third album in October 2022. Two of the vocalists, fiddler and jouhikko player Päivi Hirvonen and kantelist Maija Kauhanen, also published acclaimed solo albums in 2022. 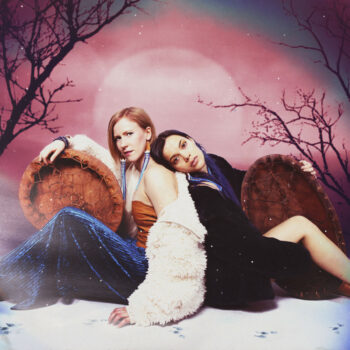 The music of the indigenous Sámi people centres on yoik singing, one of Europe’s oldest musical traditions. The Sámi homeland in the far north is split into four parts by the borders of Finland, Sweden, Norway and Russia. 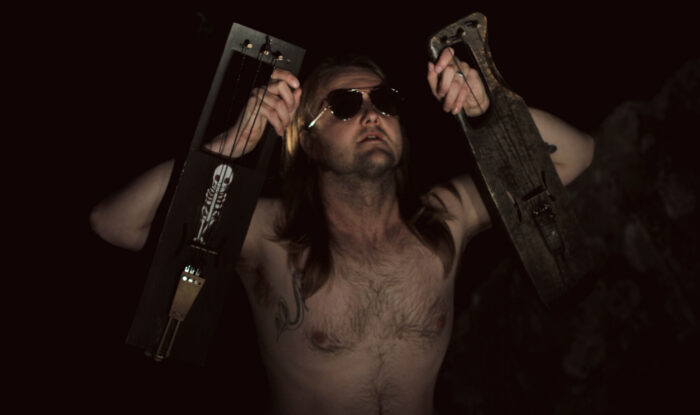 Pekko Käppi, shown here with a jouhikko in each hand, is actually much jollier than he lets on. Don’t you think this photo shows it?Photo: Ninni Luhtasaari

Pekko Käppi grew up listening to Jimi Hendrix and Led Zeppelin, and discovered the Grateful Dead while an exchange student in the US.

“They played a curious mix of psychedelic rock, improvisation, as well as folk ballads and murder ballads,” he says. “When I got back home, I started thinking there must be folk music in Finland, but I’d never heard any. I got really into Värttinä, a super-energetic live band.”

After joining folk circles in the southwestern Finnish city of Turku, he studied in Kaustinen, Finland’s folk music capital, more than 400 kilometres (250 miles) to the north. There he discovered the little-known jouhikko. 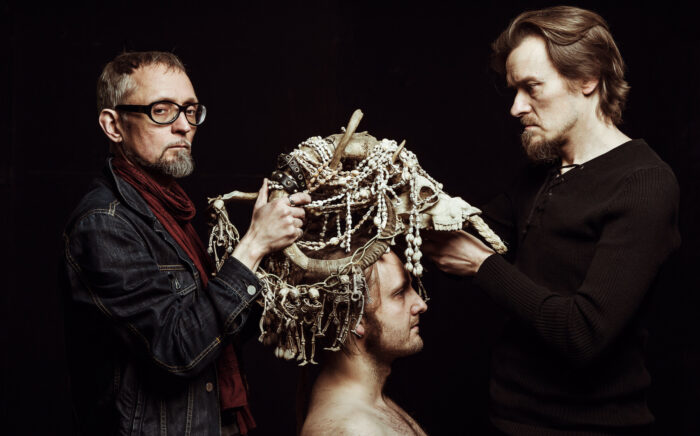 “Later I was playing on the streets with a bagpiper, so I bought a small Marshall amp,” he says. “I had to turn it up as loud as possible to be heard, so it became distorted, but it sounded really cool.”

Although he’s quite jovial in person, he has a scowling image, macabre videos, metal-style album covers and a black jouhikko adorned with a skull. Along with his own raucous band K:H:H:L, Käppi has played with metal and indie bands such as Amorphis, Death Hawks and K-X-P, and even a psychedelic Beatles tune with the Tapiola Sinfonietta.

Käppi has also worked with Tuuletar and Hirvonen, who he says “has found a good way of combining stuff and making it her own.” He also recommends accordionist Leija Lautamaja; at the time of writing, she is working on a forthcoming solo project. 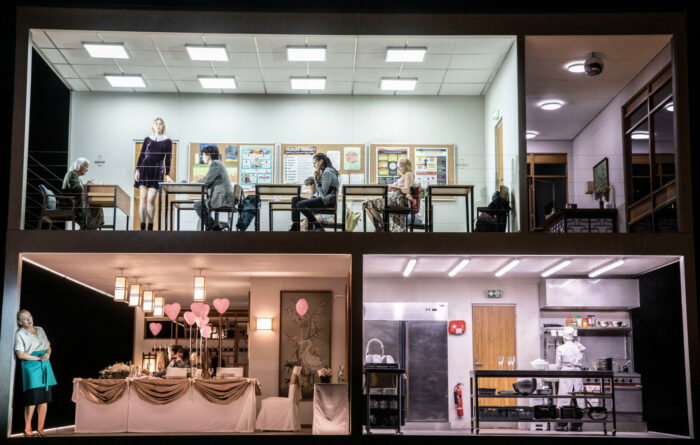 Vilma Jää (jää means “ice”), honoured as the 2022 Finnish Folk Artist of the Year, has several singles but says she’s “not in a rush” to release an album.

Besides her own gigs and research into Finnish and Karelian cattle calls, she appears in composer Kaija Saariaho’s opera Innocence (at the Finnish National Opera in autumn 2022). Chosen by Saariaho for the folk-singing role, Jää earned rave reviews when the work had its world premiere in France in 2021.

“Kaija’s attention to detail in tones and sounds has definitely influenced me,” she says. “For instance on my latest single, ‘Jäinen neiti’ [Icy Maiden], we recorded the amazing kantele player Hanna Ryynänen using six different techniques, like putting Blu Tack on the strings and bouncing knitting needles off them. The best moments are when you imagine something in your head and then you actually hear it. It’s magical.” 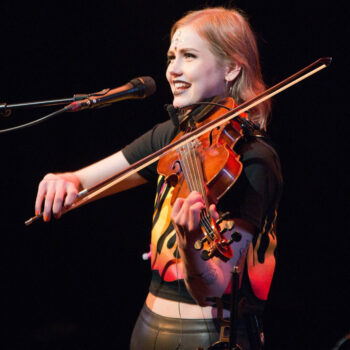 In her music, Vilma Jää may digitally modify the sound of her voice and her five-string violin to achieve the soundscape she desires.Photo: Jari Flinck

“Jäinen neiti” is written in Kalevala meter – the Kalevala is Finland’s national epic. The song title refers to a figure in Finno-Ugric folklore.

“She was summoned to help if there was a fire or someone had suffered a burn,” says Jää. “I brought her into the 21st century, asking for her help to stop climate change. Now the world is on fire!”

Besides these artists, Jää’s folk music playlists feature colleagues such as Vilma Talvitie (whose surname, meaning “winter road,” is as shivery as Jää’s) and Ritva Nero, a group that plays “dizzying party metal folk.”

“I think we all aim to bring tradition and folklore back to people so they can be inspired by their roots and history – and I think it’s a great export product,” says Jää.

In her live shows she invites people to join her musical universe for a while.

While Maria Kalaniemi has a loving, caring relation to musical tradition, she embraces diverse styles and genres.

Finland’s inventory of the intangible: music, circus, cuisine and everything in between
Arts & cultureFinnishness

Finland’s inventory of the intangible: music, circus, cuisine and everything in between

Finland’s original approach to cataloguing intangible cultural heritage is collaborative and ongoing. The inventory includes many of the country’s singular strengths and inimitable quirks, some of which might become part of Unesco’s lists of Intangible Cultural Heritage.

Violinist Kreeta-Maria Kentala combines classical violin and folk fiddling on her solo album Side by Side (Alba Records, 2016). The album has won several prizes in Finland including the Classical Emma or “Finnish Grammy”.