Dalia Stasevska is an accomplished conductor whose career is climbing to new heights. Lauri Porra is a bassist who has toured the world as a member of the power metal band Stratovarius and other assemblages.

He’s also a composer who flexibly combines the stylistic devices of the classical symphony orchestra with other musical styles. He is equally at home with jazz, film and concert music.

Stasevska is the first musical professional of her family. Porra is a fourth-generation musician.

“I admire Finland’s enthusiasm for wacky ideas,” he says. “It expresses itself in original artistic concepts and provides the world with entirely new genre combinations, whether it’s an opera singer in a heavy band or a cellist playing heavy music.”

“Finns are always inventing something strange, a crazy twist that is really exciting,” Stasevska adds. 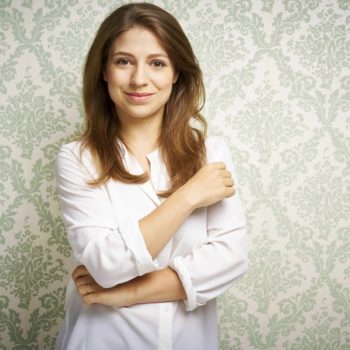 Stasevska arrived in Finland as a five-year-old. Her family roots are in Ukraine and Lithuania. She began as a violinist but during her studies at the Sibelius Academy she changed to the viola and finally ended up as a conductor.

“My grandfather was a famous sculptor in Ukraine and my parents are visual artists but the family appreciates other cultural disciplines,” she says. “Father even studied piano alongside the visual arts. It was perfectly logical for them to put a violin in my hand and say this will be your profession.

“They were spot on. I loved playing from the very first moment. It was a new world for me, of which my parents knew nothing.”

Stasevska studied conducting under two legendary Finnish conductors, Jorma Panula and Leif Segerstam. She graduated with the highest distinction from the Sibelius Academy in 2012.

She has been busy conducting in the Nordic countries and elsewhere in Europe. At the start of 2019 she became principal guest conductor of the BBC Symphony Orchestra, one of the world’s most prestigious.

Porra’s mother is a retired oboist, his father an amateur jazz musician. His grandfather was a conductor. His grandmother’s father was the famous Finnish composer Jean Sibelius, perhaps the most significant symphonist of the 20th century.

“For me it was constructive to be born into a family in the orbit of a major composer,” says Porra. “Above all, it meant growing up in an environment that revered art and music, and where people understood that music can be a profession. I set off to seek my identity through instruments and different genres. Eventually I found my own place in it.”

Over the past ten years he has composed more for the traditional orchestra. He has written music for eight films and countless TV series. On his album Entropia, issued in 2018, the symphony orchestra soloists are Porra himself, on the electric bass, and the Finnish rapper Paperi-T.

The major event of autumn 2019 was the first public performance of Flyover Symphony, composed for symphony orchestra and Porra’s Flyover band.

“I’m disciplined in my approach to work and most of my composition follows the principle of learning by earning,” he says. “Fortunately I’ve had good colleagues around me to explain how to do the things I want to do.

“Of course at home we have a constant dialogue going on. We listen to the music that one or the other of us finds interesting and then we talk about it.” 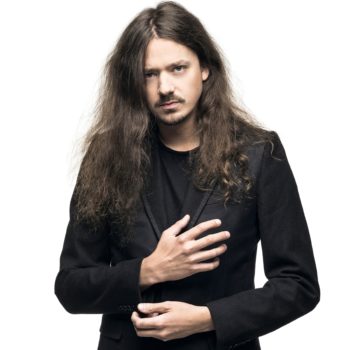 Lauri Porra’s most recent major composition is the “Entropia” concerto for orchestra and electric bass (2018). The composition brings together two very different elements: a symphony orchestra and a bass guitar.Photo: Jarmo Katila

Porra has nothing against modern concert music derived from theoretical origins. At the same time, he thinks it is refreshing that there are also works that draw on everything else that has happened in music over the last century.

“They are really not mutually exclusive. It’s fantastic to live at a time when you can dream up wonderful things that someone will agree to play and others will be interested to come and hear.”

Stasevska also rejects the need to categorise herself as a maker of “serious” classical music only.

“I want to make interesting music and projects,” she says. “I want to broaden the boundaries of good music. Film music can coexist with symphonies and so can game music or folk music. And there’s no need for confrontation with artists who specifically want to conduct, say, Brahms or Bruckner. That is fantastic music, too.

“Art is an enormous playground containing a vast amount of talent. Why restrict yourself? The main thing is that there are interesting productions, ideas and people with whom we can try to create common narratives and experiences.”