Equality is important to Finnish people. As part of prenatal care, each expecting family in Finland receives a baby box with clothes, blankets and more, to help give everyone an equal start in life.

To encourage international discussion about equality and inclusivity, and to support everyone who is working to promote them, Finland is using the hän pronoun as a conversation starter.

Hän (the ä is pronounced like the a in “at”) has always existed in Finnish, predating the first Finnish-language book, which appeared in 1543. Finnish isn’t the only language that has a gender-neutral third-person pronoun, but if you come from a Germanic, Romance or Slavic language, it’s something you probably notice right away.

The vocabulary of equality 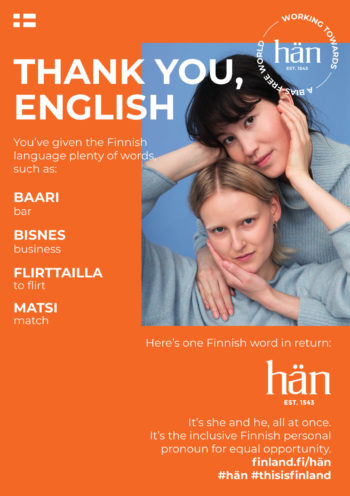 Residents of Berlin, Brussels and London may have noticed outdoor advertising thanking German, French and English for the loanwords.Materials copyright: ThisisFINLAND

Residents of Berlin, Brussels and London may have noticed outdoor advertising thanking German, French and English for the words. Like many languages, Finnish is full of loanwords – words that were, at some point, borrowed from other languages and incorporated into Finnish.

There’s even an online word generator, part of the Hän website, showing lists of words that Finnish has borrowed from other languages. Since they couldn’t make a generator for every language, they have chosen five widely spoken languages.

For example, the English word “team” became tiimi in Finnish, while the sports term “tackle” became taklata. The German Mettwurst (salami) is meetvursti in Finnish, and Flügel (grand piano) is flyygeli. Bailar (to party) in Spanish became bailata in Finnish, while caramelo (caramel) is karamelli.

Maintaining and improving equality in any country requires constant vigilance and continuous action. Although equality is built right into the Finnish language with a gender-neutral pronoun, Finnish, like any language, still contains words and expressions that carry gendered meanings.

By publicising hän, Finland is expressing its gratitude for the loanwords, and humbly offering the rest of the world a word, an idea that emphasises the significance of equality and its power to shape society, in Finland and elsewhere, no matter what language people speak. 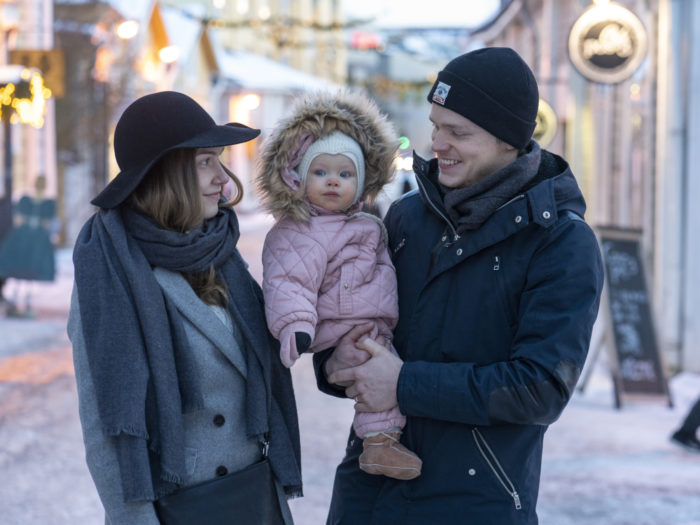 Hän can mean anyone, regardless of gender, social status or age.Photo: Pasi Markkanen

The quality of the Finnish education system has become widely known as the country’s students have repeatedly placed at or near the top of global comparisons such as the Programme for International Student Assessment (PISA). One of the factors driving the education system is long-term work to ensure equality.

Going back all the way to 1866, Finland ensured that education would be available to everyone, and thereby avoided the social inequality that comes from having an educated elite and an uneducated lower class. In 1921, the government made six years of primary school compulsory for all children. In the 1970s, the country increased mandatory school attendance to nine years and took additional steps to guarantee equal and free education for all children, regardless of socio-economic status.

By the same token, Finland has a network of prenatal clinics that provide healthcare and advice to all expecting mothers equally, regardless of background. The system originated in the 1930s, and is one reason that Finland’s rates of infant mortality and maternal mortality are among the lowest in the world. Sometimes people are surprised to hear that Jenni Haukio, the wife of Finnish President Sauli Niinistö, gave birth to their son in a public hospital, just like everyone else. 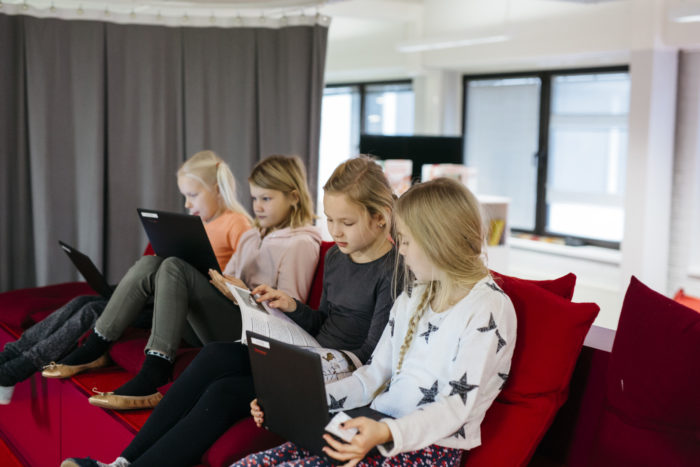 Hän, a gender-neutral Finnish pronoun that can mean “he,” “she” or anyone else, was first printed in a book in an ABC book in 1543 and is still going strong today.Photo: Elina Manninen/Keksi

Finland’s embassies around the world are selecting local individuals, projects and groups for official recognition. The goal is to thank them for promoting equality and inclusivity in various sectors of society.

The first 16 recipients of this recognition, nicknamed the Hän Honour, come from Belgium, Croatia, France, Germany, Hungary, Indonesia, Italy, Japan, Namibia, Norway, Poland, Singapore, Spain, Thailand, the UK and the US. They’re active in a range of fields, including education, minority rights and gender equality.

In Poland, Kampania Przeciw Homofobii (KPH) supports equal rights and opportunities for all people regardless of sexual orientation or gender identity. In Norway, Jenter og teknologi (Girls and tech) aims to increase the amount of girls who choose technical education, ensuring future diversity in the tech field.

In Indonesia, the Rumah Kita Bersama Foundation aims to empower women, children and marginalised groups through advocacy, education and awareness building. In Japan, Ms Chizuko Ueno is a pioneer in feminism and gender studies who has tirelessly and fearlessly addressed controversial issues.

The full list of the first Hän Honour recipients and more info about why they deserve recognition are available here.

Everybody is welcome to participate in the conversation to which Finland is contributing by bringing the word hän and its significance to the attention of the world.