The prize recognises, as the organisers say, “a distinguished defender and builder of equality.” The inaugural award winner is Angela Merkel, Chancellor of Germany since 2005.

They announced the winner in December 2017, just as Finland was celebrating its 100th anniversary as an independent nation. The International Gender Equality Prize ceremony happened later in the southern central Finnish city of Tampere, on March 6, 2018, in order to place it close to International Women’s Day (March 8).

This time the prize money totalled 150,000 euros. Merkel decided to contribute the sum to a nongovernmental organisation in Niger called SOS Femmes et Enfants Victimes de Violence Familiale (SOS Women and Children Victims of Domestic Violence, known by its French-language abbreviation SOS FEVVF). The way the prize works, with the winner directing the money to a cause, allows the award to achieve a far-reaching, sustained effect.

Unable to attend the ceremony and reception in Tampere because of her work obligations, Merkel addressed the assembled guests by video. She called SOS FEVVF a “beacon of hope for women and girls affected by violence.” 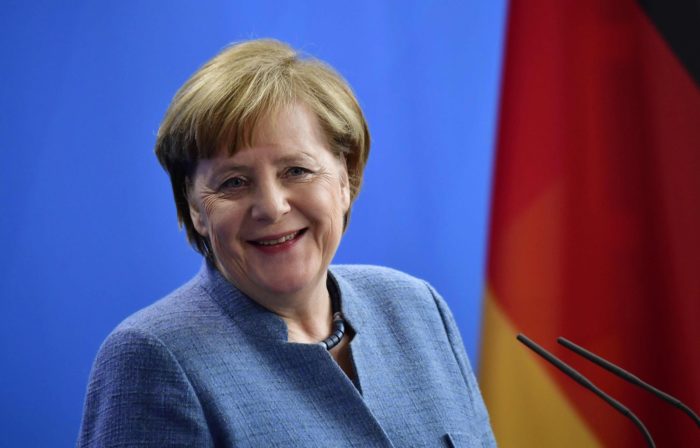 “It is worth the effort – wherever in the world we may be – to work to promote a culture of gender equality,” said German Chancellor Angela Merkel after winning the inaugural International Gender Equality Prize. The award money goes to a good cause chosen by the winner. Photo: Tobias Schwarz/AFP/Lehtikuva

Established in 1998, SOS FEVVF works against domestic violence in order to improve family and social cohesion, and to enable an everyday living environment where women – and children – can assume a greater role in determining the course of their own lives. The organisation provides support to women and children in distress; strengthens and guides women’s initiatives; and defends the societal rights and freedom of women and children.

SOS FEVVF president Mariama Moussa travelled to Tampere for the prize ceremony. Finnish Prime Minister Juha Sipilä and Tampere City Council Chairperson Anna-Kaisa Ikonen were there to greet her.  “The issue of fighting violence against women should not be minimised as a women’s issue,” said Moussa in her speech, “but must be recognised as a public-policy issue at the highest level.”

Her message to women and children victims of domestic violence, she said, was that “this NGO is at their side and justice will never give in.” She spoke of “the need to change social norms and discriminatory attitudes” in society at large. Moussa plans for SOS FEVVF to use the prize money to make a house of refuge for women and girls who are victims of domestic violence.

Wherever in the world we may be

It makes society better and happier for everyone when we build a society that ensures that girls are healthy, independent and respected – this just happens to be the number-one goal of Finland’s development policy, too.

“This international prize draws attention to the need to promote equality across the globe,” said Merkel. “The political and economic empowerment of women leaves much to be desired in many parts of the world. Yet it is greater empowerment that holds the key to sustainable development.”

She noted that gender equality forms one of the main goals the international community is pursuing in keeping with the UN Agenda 2030. It seems natural that Finland, a country that has experienced benefits from a “long tradition of equality between men and women,” as Merkel put it, would start a prize to recognise and encourage gender equality everywhere.

“It is worth the effort – wherever in the world we may be – to work to promote a culture of gender equality,” said Merkel.