Rye bread wins the title of Finland’s national food in a vote held in honour of the 100th anniversary of Finnish independence. What’s more, February 28, 2017 is not only the annual Finnish Culture Day, but also has one-year pop-up status as Rye Day.

With Finland celebrating 100 years of independence in 2017, a group of Finnish culinary experts decided it was high time to select an official national food. The idea forms part of a wider campaign to celebrate Finnish food culture and encourage everyone to cherish quintessentially Finnish foods.

“The idea of publicly choosing a national food proved to be very popular,” says Seija Kurunmäki, executive director of the ELO Foundation for the Promotion of Finnish Food Culture. “In the first round of the vote, about 10,000 people responded with suggestions proposing 1,000 different foods. From these ideas a jury of experts chose a shortlist of 12 nationally popular dishes for the final vote.”

Almost 40,000 Finns then voted for their favourite foods in autumn 2016. The winner, rye bread, attracted nearly 10,000 votes, reflecting its nationwide popularity among people of all ages and social backgrounds. Kurunmäki says that a loaf of crusty, dark brown rye bread is invariably the first thing that Finns living abroad ask visitors from their homeland to bring.

Roots as old as Finland 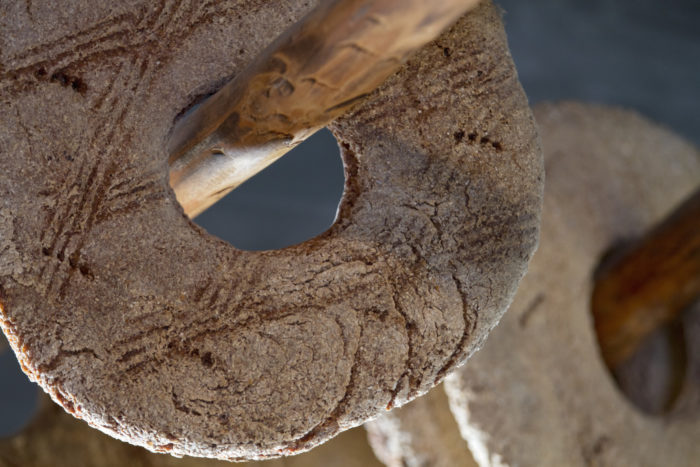 Certain kinds of rye bread are hung up to dry – traditionally the racks would have been placed in the rafters of a log cabin.Photo:Vastavalo/Visit Finland

Restaurateur and TV chef Henri Alén, who served on the jury, agrees that rye bread is an excellent choice for Finland’s national dish. “You can’t get such good rye bread anywhere else in the world, and it’s a traditional food which truly reflects us, made with healthy locally grown ingredients,” he says.

Alén explains that the characteristic sourness of Finnish rye bread is due to a living leaven that generations of bakers lovingly preserve, repeatedly saving a dollop of residual sourdough as a “root” for future bread batches. “Bakers – like those supplying our restaurants in Helsinki – lovingly cherish this root,” he says. “Dough roots may be well travelled, and a hundred years old or more. This makes rye bread truly symbolic of the history of Finnish food culture now we’re reaching the centenary of our independence.” 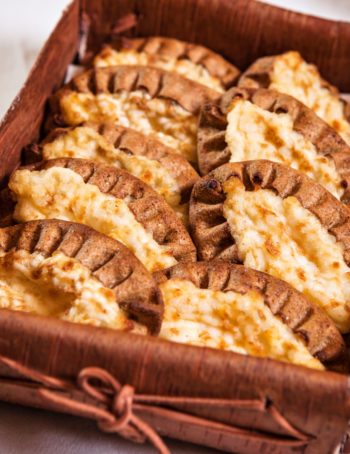 Karelian pasties, also known as Karelian pies, were in the top three when Finland voted on a national food.Photo: Jani Kärppä/Visit Finland

As the experts drew up the shortlist, they excluded popular but more local dishes, such as reindeer from Lapland in the north; fish loaf from Savo, a region in the east; and black sausage from Tampere. Two nationally popular dishes from Karelia, another eastern area, nevertheless made the grade, with the second-place dish Karelian stew proving particularly popular among older Finns, and Karelian pasties attracting votes from young Finns. 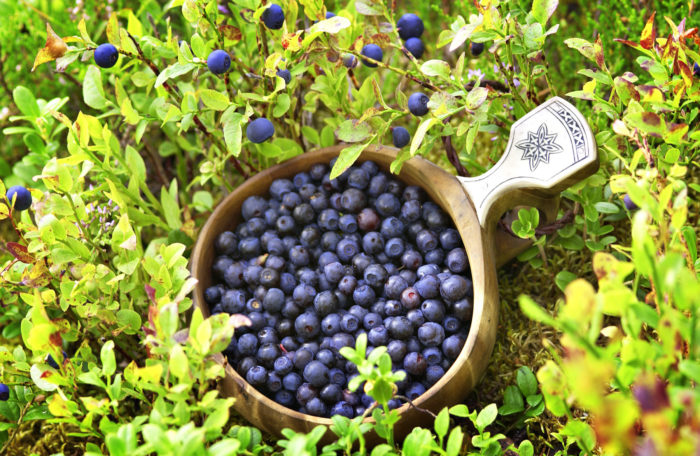 People pick the bilberries, or blueberries, that grow wild in the woods all over Finland and bake them in pies.Photo: Visit Finland

The highest-rated sweet dish was bilberry pie (“bilberry” is the British name for a type of blueberry that is smaller than the North American variety and grows wild in the Finnish woods). “This is a perfect choice for our national dessert,” says Alén. “It’s a well-loved dish that Finnish families like to make themselves at home – especially in late summer when everyone can go out into the forests and freely pick bilberries to use fresh or freeze.”

“To reflect our pride in all of Finland’s traditional foods throughout our big anniversary year, we’ll be spotlighting each of the 12 shortlisted foods for one celebratory month,” says Kurunmäki. Future goals include “initiating an annual national day of Finnish food culture to be celebrated on Finnish Culture Day, February 28.” In 2017, the Finnish culinary world plays up a special Finland 100 theme on February 28: Rye Day.

Pick them yourself or buy them at the market: the season for berries and mushrooms lasts through summer and autumn.