“Discover the power of rye!” reads the banner behind the Nordic Breads stand at a New York City market.

At barely 19 years of age, Simo Kuusisto left his home in the northern Finnish town of Oulu to explore the world. He never imagined he would end up baking rye bread for New Yorkers and carrying out a “ryevolution” in the US.

Kuusisto started baking rye bread purely out of self-interest. “I got rye bread only when my friends and family visited me, I had to satisfy my own needs! So I started baking,” explains Kuusisto while he shoves bread into the oven at Long Island City’s Artisan Baking Centre, a community kitchen for baking entrepreneurs in Queens, New York.

After moving to New York, Kuusisto attended the renowned French Culinary Institute. Shortly thereafter, he began baking and selling his bread at a weekend farmer’s market. Word spread and people started inquiring about the “dark and chewy bread.” When he realised nobody else was selling rye bread, Kuusisto’s idea for a business plan was obvious.

Kuusisto is currently the executive chef at the Canadian permanent mission to the UN. He and his brother Tuomas run the family company Nordic Breads on the side, and the baking happens mainly at night. Nordic Breads bakes an average of 10,000 loaves of rye bread every week. Kuusisto has become a rye-bread ambassador, and has managed to convert numerous New Yorkers. 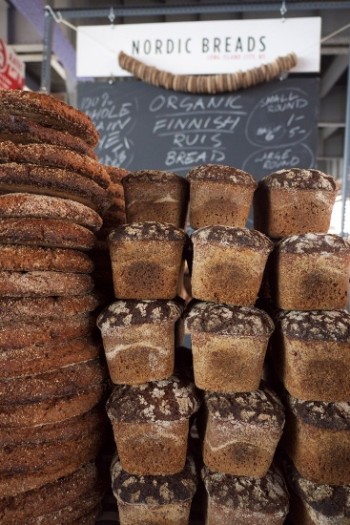 Nordic Breads uses 100% percent organic rye flour from Farmer Ground Flour, a farmer’s cooperative that produces “just the right type of rye flour.” But it wasn’t just the flour; he also needed the right type of sourdough starter. So he flew to Finland and brought back a container of the traditional Finnish sourdough starter needed for the preparation method of rye bread.

Perhaps the biggest applause goes to Kuusisto’s grandmother. “The recipe I use is based on my grandmother’s own recipe,” Kuusisto says proudly. “She was from Tornio [even farther north than Oulu]. So thanks to my grandma, New Yorkers are eating healthier bread!”

The label Nordic Breads markets its organic Finnish Ruis Bread (ruis is the Finnish word for “rye”) by emphasising that the product is a superfood: its high fibre content, antioxidants and essential nutrients such as magnesium all convey health benefits.

“When people realise it’s not just healthy bread but it’s also delicious, they go ballistic and just want more!” According to Kuusisto people immediately taste the difference between his bread and other local rye bread in which “wheat flour is often mixed in or the bread is coloured with molasses or caramel colouring.” For Kuusisto feelings also form a vital ingredient in perfect bread: “I’m baking with my heart; I like to see people happy when they taste my bread.” 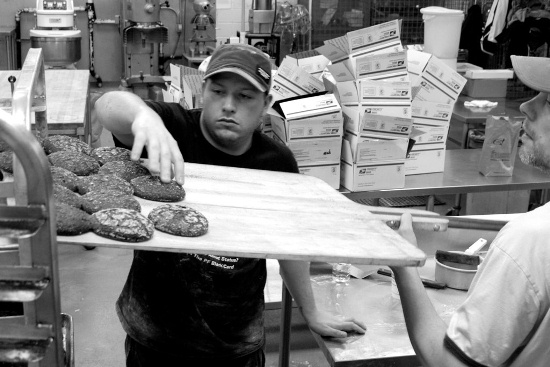 Simo Kuusisto (right) and a helper transfer a fresh batch of rye bread to trays at the Artisan Baking Centre in Queens, New York. Photo: Finnish Ruis Bread/flickr, cc by 2.0

Finns have always loved their rye bread, and rye represents one of the cores of Finnish culinary culture. The grain is easy to grow, since it tolerates both droughts and cold, and the bread has always been easy to store, even in the olden days. The flat, round loaves, each with a hole in the middle, used to be hung on a stick for storage, and the shape persists to this day.

“For me rye bread brings back memories from my childhood. I think I’ve been eating rye bread since the age of three!” concludes Kuusisto, whose slogan for Nordic Breads is “Start your ryevolution today!”

Organic Finnish Ruis Bread can be found in places such as New Amsterdam Market or Whole Foods in New York, or it can be ordered directly from Nordic Breads.