Helsinki Pride is an annual week of different events that promote human rights and equality. It culminates in the Pride parade on Saturday. In 2019, 80,000 people participated.

The procession starts at the Senate Square and marches through the city center of Helsinki towards Kaivopuisto park, located in the southern part of the city. Here the party goes on with concerts, dancing and picnics.

More than 80,000 people participated in the parade in 2019. Everyone who stands for equality and human rights is welcome. Besides private individuals, many organisations and NGOs participate, as well as political parties and city and government institutions. Many private businesses also support and some even sponsor the Helsinki Pride.

In 2019, Antti Rinne was the first Finnish prime minister who participated in the parade. This was also the first year when bishops of the Finnish Evangelical-Lutheran Church officially joined it. The church was also one of the official media sponsors of the event.

Majority at the minority party 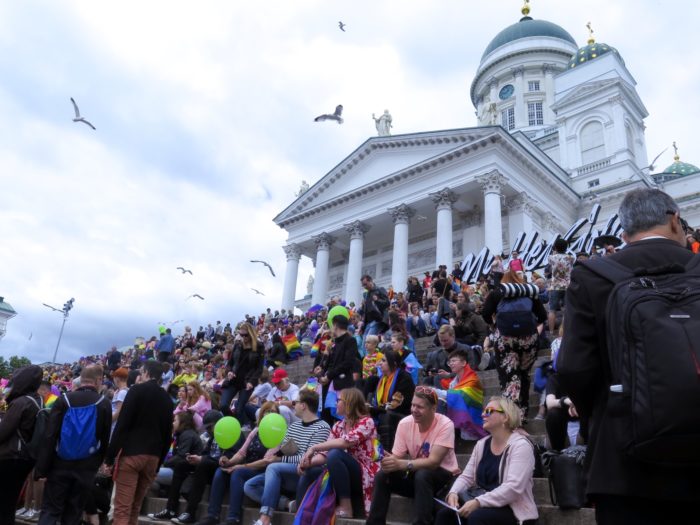 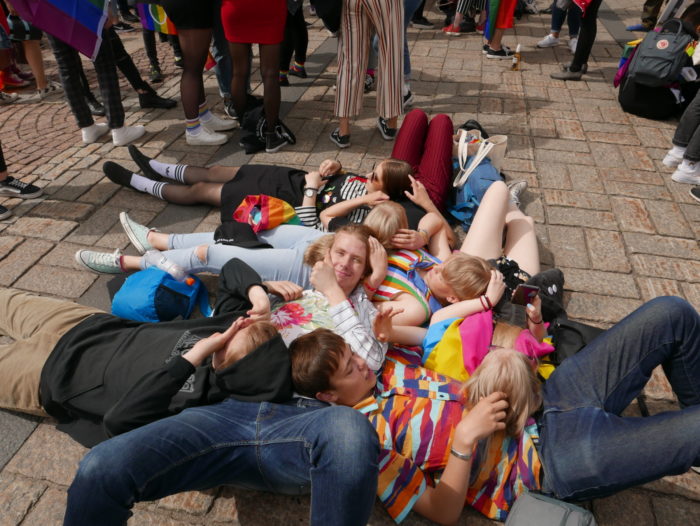 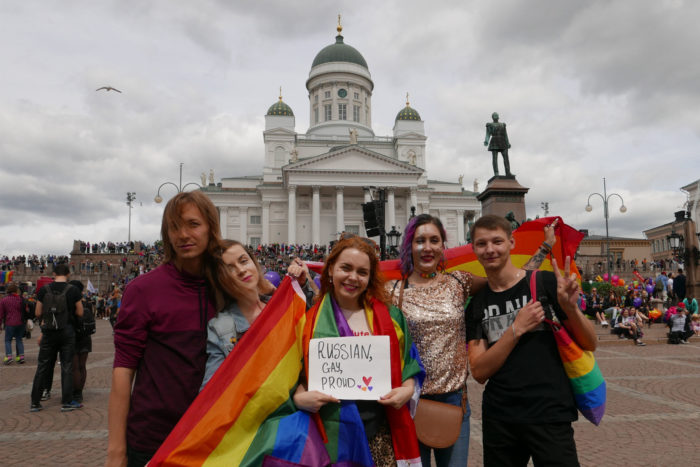 Helsinki Pride is the biggest public event in Finland dedicated to human rights. People from other cities and even from abroad travel to Helsinki to attend the parade. Photo: Anna Ruohonen 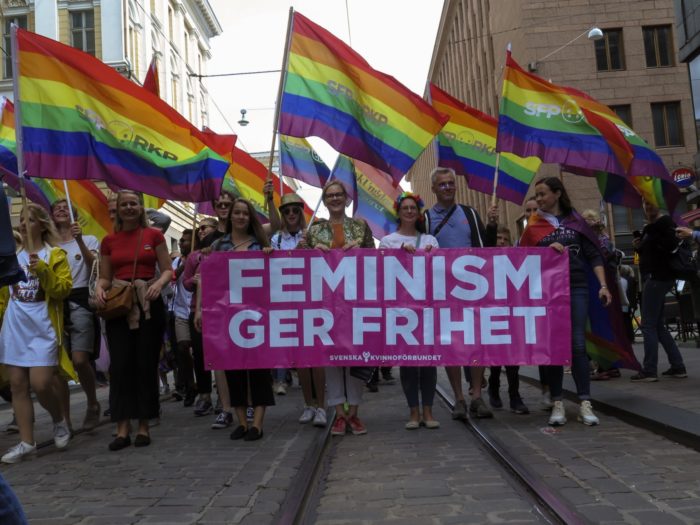 Almost all Finnish political parties participate in the procession. “Feminism gives you freedom,” says this banner of the Swedish People’s Party in Swedish, also an official language of Finland. Photo: Eeli Kettunen 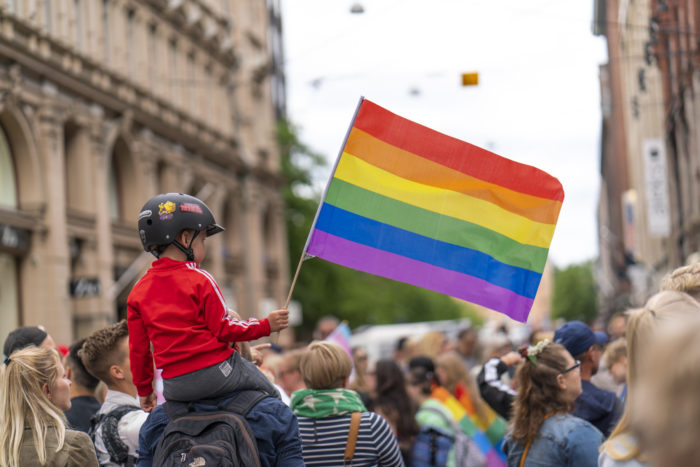 People of different ages, from babies to seniors, march together to celebrate equality and human rights. Photo: Pasi Markkanen 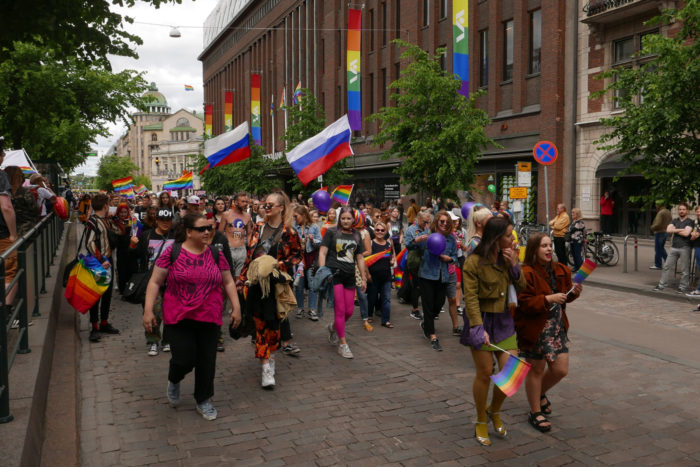 City and government institutions and private businesses show their support for example by flying rainbow flags during the whole Pride week, like this department store in the center of Helsinki. Photo: Anna Ruohonen 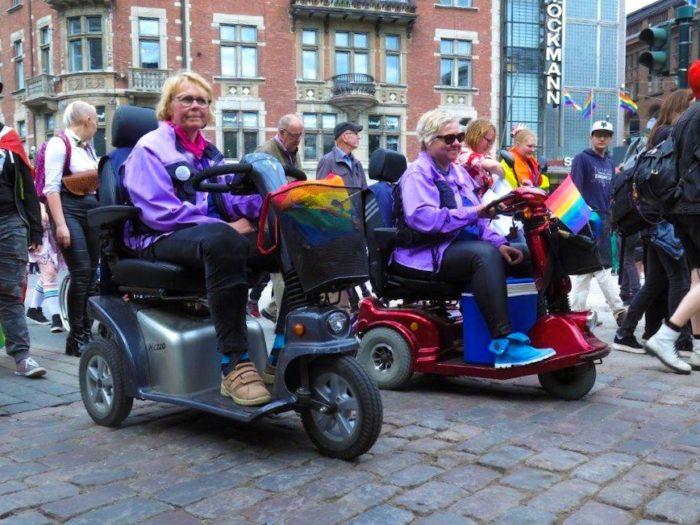 Helsinki Pride strives for a Finland that is free of discrimination of all kinds. Photo: Eeli Kettunen 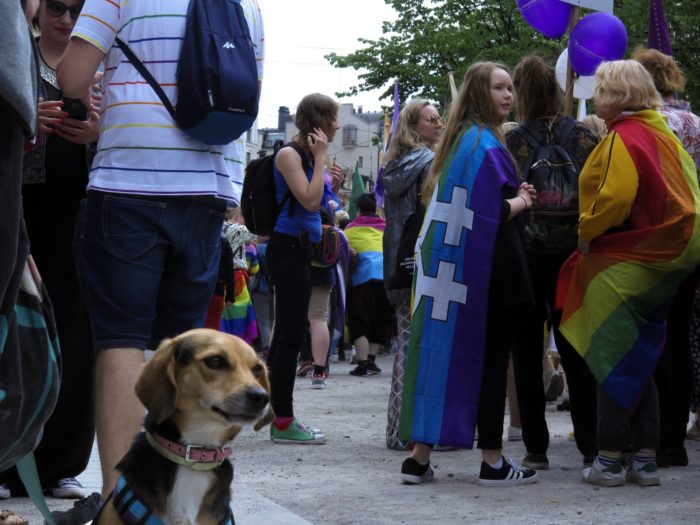 The peaceful atmosphere of the parade allows you to take four-legged friends with you. Photo: Eeli Kettunen 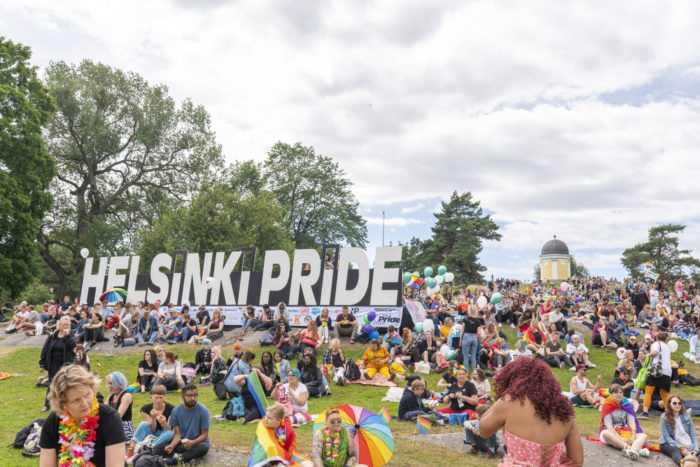