Researchers set up a mast that forms part of the new marine and atmospheric research station on the remote Finnish island of Utö.

Finland, Russia and Estonia are intensifying collaborative efforts to monitor and clean up the ecologically sensitive waters of the Gulf of Finland.

The shallow Gulf of Finland, the easternmost portion of the Baltic Sea, has long suffered due to pollution from shipping, industries, farms and cities in the three coastal countries. The consequent environmental problems can only be effectively understood and solved through international cooperation.

Finland is coordinating the three countries’ jointly declared Gulf of Finland Year 2014 as part of the year-long Finnish presidency of the Council of the Baltic Sea States, which aims to utilise science and technology to make the Baltic Sea “clean, safe and smart”, bringing both economic and environmental benefits.

The Finnish Environment Institute is leading the tri-national Gulf of Finland Year. “Our main scientific goals are to intensify collaborative monitoring of the state of the sea and facilitate the free exchange of data collected by researchers in Finland, Russia and Estonia,” says project manager Kai Myrberg. “It’s vital to collect data using carefully intercalibrated methods to ensure we get a single, comparable dataset covering the whole gulf.”

The year’s coordinated research focuses on themes including biodiversity, pollution, fisheries, marine planning and maritime safety, in waters which are among Europe’s busiest for shipping. Many studies will also examine the impacts of climate change and eutrophication problems caused by excessive nutrient levels.

A better picture of the marine environment 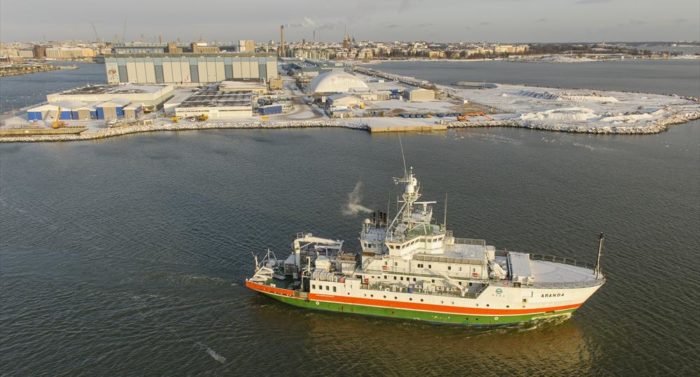 During 2014 the Finnish marine research vessel Aranda will be collecting data from more sampling stations in the gulf than ever before, on environmental factors including oxygen levels, salinity, sediments and concentrations of pollutants from excess nutrients to heavy metals. “For the first time we’re also studying noise levels and the amounts of garbage in the sea,” adds Myrberg.

“This year’s coordinated studies will give us a more complete picture than ever of the state of the gulf,” says Myrberg. After findings are assessed, politicians from Finland, Estonia and Russia will issue a joint declaration including actions to improve the state of the gulf. “We also hope these intense studies of this marine subregion will serve as a pilot for improved research covering the whole of the Baltic Sea.” 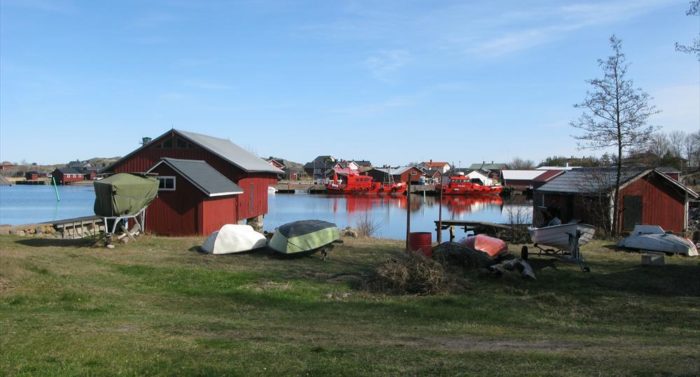 A day of calm weather settles on Utö, Finland’s remotest inhabited island, where data is collected above and beneath the waves all year round.Photo: Eija Vallinheimo

This spring a new marine and atmospheric research station has also been established in the mouth of the Gulf of Finland on Utö, Finland’s remotest inhabited island, four hours by ferry from the mainland.

Project manager Lauri Laakso from the Finnish Meteorological Institute explains that the station will use state-of-the-art devices to collect real-time data all year round on physical, chemical and biological parameters both above and beneath the waves.

These findings should give scientists a better understanding of problems facing the Baltic Sea, including excessive nutrient levels, oxygen depletion and airborne pollution from shipping. The station’s fine atmospheric particle detector shows a clear increase in pollutant concentrations whenever large ships pass the island, for instance. 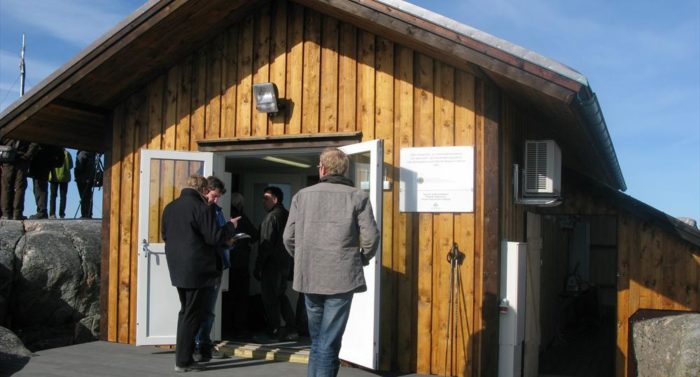 “It’s especially important to get a holistic picture of what’s happening in the atmosphere and the sea to help us understand carbon cycles and the impacts of climate change,” says Laakso. The Utö station also forms a vital link in the new Integrated Carbon Observation System (ICOS), a trans-European research network based at Helsinki University’s Kumpula Campus.

The Gulf of Finland Year is also promoting environmental education. New teaching materials have been produced in all three countries, and marine-themed camps and youth forums have been scheduled through 2014.

The sorry state of the gulf, and what everyone can do to improve it, will also be highlighted at exhibitions and events in seaside cities including Helsinki, Hanko and Kotka. The well-publicised nationwide Siisti Biitsi (Clean Beach) campaign is meanwhile enlisting volunteers to get together on designated days to clean litter from seashores all around Finland.