He’s got his own song – sort of – and in spring 2020 you can expect babies in the English county of Norfolk to be named after him.

If he hasn’t got a game on December 6 (Finland’s independence day), he may well find himself among the celebrities and dignitaries lining up to shake hands with the presidential couple at the Independence Day Gala in Helsinki.

Finnish football has a new hero. His name is Teemu Pukki. 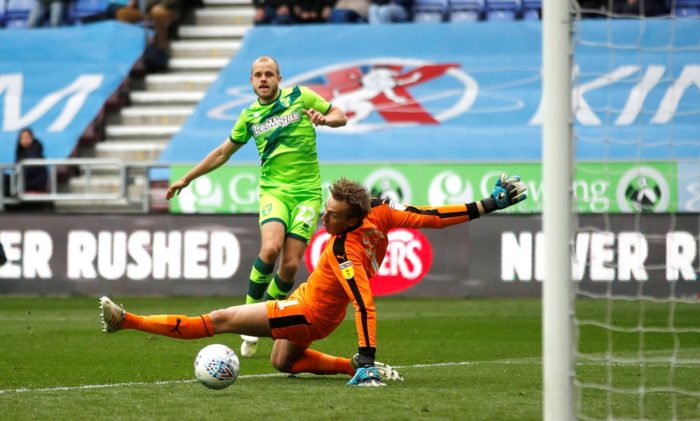 One meaning of his surname is “goat” in his native language. But there is nothing goat-like about his performances for his club Norwich City, winners of the second-tier Sky Bet English Championship. He scored 29 goals for them over the 2018–19 season.

Norwich sealed the Championship even before the last game in the series, thus confirming automatic promotion to the Premier League. In the 2019–20 season Pukki, Norwich City’s and the Championship’s Player of the Season in 2018–19 and the Finnish Football Association’s 2018–19 Player of the Year, will be matching himself against household-name stars such as Liverpool’s Mo Salah, Manchester City’s Sergio Aguero and Tottenham’s Harry Kane.

Lucky Norwich City. Effective strikers like Pukki, capable of knocking in the goals week after week, usually come at a high price, rarely less than tens of millions of euros. Pukki didn’t cost anything. His move from Danish club Brøndby, where he had scored 55 goals over a four-year stint, was an end-of-contract free transfer, following previous spells for Sevilla in Spain; Helsinki’s own HJK; Schalke 04 in Germany; and Glasgow Celtic in Scotland.

It’s fair to say that he didn’t set the world on fire at any of these clubs, so his phenomenal success at Norwich has been slightly startling. With a goal for each of his 29 years, he fell one short of the club record for goals scored in League games in a season, set by Grant Holt in 2010. 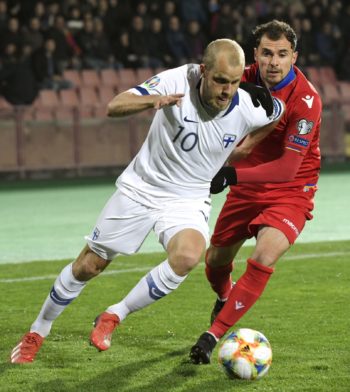 This sharpened prowess in front of the goal has coincided happily with an upturn in the fortunes of the Finnish national team, which has languished somewhat since the “golden era” of top-league stars such as Jari Litmanen and Sami Hyypiä.

Even so, Pukki’s international goal tally of 25 in 80 appearances (as of late November 2019) over the decade since his debut in 2009 is modest. Now Finland will be hopeful that Pukki can replicate his success for Norwich with the Finnish national team to achieve qualification for Euro 2020. For the first time, the tournament is taking place in 12 different cities in 12 different countries across Europe, from Baku, Azerbaijan to Dublin, Ireland.

Right time, right place, right player: This is almost a mantra of Norwich supporters when asked to explain Pukki’s success. Their Finnish acquisition adapted quickly to the team’s pacey style of play, directed by their German coach Daniel Farke.

Pukki took supporters by surprise. “People who claim to have known Teemu Pukki before he joined Norwich are either very sound on their football knowledge, or are simply telling porkies,” wrote Jamie Woodhouse on the Football365 fan site back in November 2018, and most observers would still agree with him. 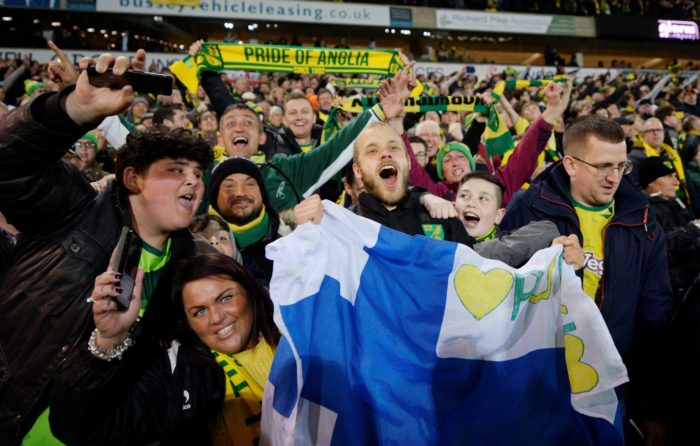 The Canaries – the club nickname derives from Norwich’s historic reputation for breeding that species of bird, which features on the yellow-and-green team badge – were founded in 1905 and last won promotion to the Premier League in 2015. They were relegated again the following year.

The club’s board is famously joint-owned by celebrity TV chef Delia Smith and her husband. She has been known to grab the stadium PA microphone and urge supporters to make more noise. Her vociferous support will continue in the new season that kicks off in August, the Premier League being widely recognised as one of the toughest, if not the toughest, in the world.

In 2018–19, Pukki did more than anyone to get the punters singing at Carrow Road, Norwich’s home stadium. The words of what the Finnish media have called the “Teemu Pukki Song” aren’t too hard to learn either.

Try it at home: “Teemu Pukki baby, Teemu Pukki ohhh,” to the tune of The Human League’s “Don’t you want me.”

While Finland isn’t known as a top football country, Finnish soccer fans have plenty of cause for excitement as the 2018 World Cup plays out in neighbouring Russia.