While Finland isn’t known as a top football country, Finnish soccer fans have plenty of cause for excitement as the 2018 World Cup plays out in neighbouring Russia.

Lionel Messi of Argentina (10) vies for the ball with Yoshimar Yotún of Peru in a World Cup qualifying match in autumn 2017. The 0–0 draw left both teams in danger of elimination; Argentina later rose to third place in the South America group, securing its ticket, while Peru had to beat New Zealand in a playoff match to make it to Russia.

Not since 1958 has football’s World Cup circus set up camp so close to Finland’s borders. That was when a Brazilian teenager called Pelé made his debut in Sweden, scoring two goals to help win the final against the hosts and launching a glittering career.

Sixty years later, the tournament is taking place on Finland’s doorstep again, this time in Russia. Sweden, having made the cut for the 12th time, will be flying the flag for the Nordic region, along with Denmark, who are in the final tournament for the fifth time, and Iceland, who are there for the first time ever. 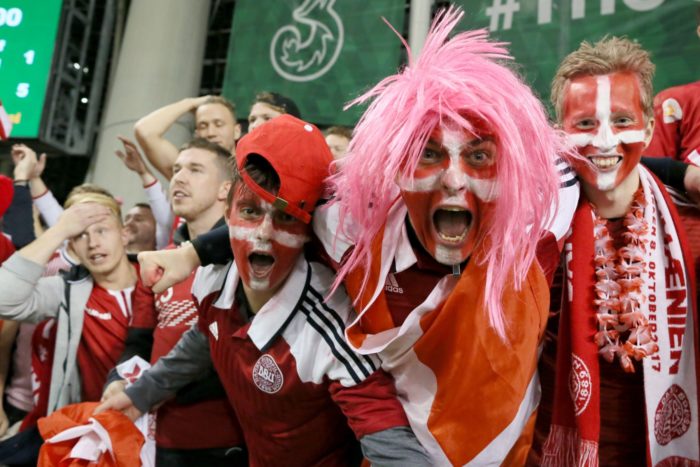 Danish fans are not hooligans – they call themselves “roligans,” based on the word “rolig” (calm). They do get excited when Denmark scores, though.Photo: Paul Faith/AFP/Lehtikuva

There’s no way to sugarcoat it: the Finnish men’s national team itself has never qualified for a European Championship or World Cup tournament. In its qualifying group, it clocked up a mere two wins and nine points from ten games, and a goal difference of minus four, finishing fifth out of six in its group, ahead of only Kosovo.

But interest is greater than ever in the competition, hosted in cities across the Russian Federation from June 14 to July 15. The fact that the tournament is being held within easy reach has encouraged Finns and other resident fans to cross the border and watch some games in the flesh.

Fans from many other countries are also stopping in Finland on their way to Russia. St Petersburg is the nearest venue city, a three-and-a-half-hour train ride from Helsinki, and Moscow is also within a convenient distance. Kaliningrad is a relatively easy Baltic hop away. 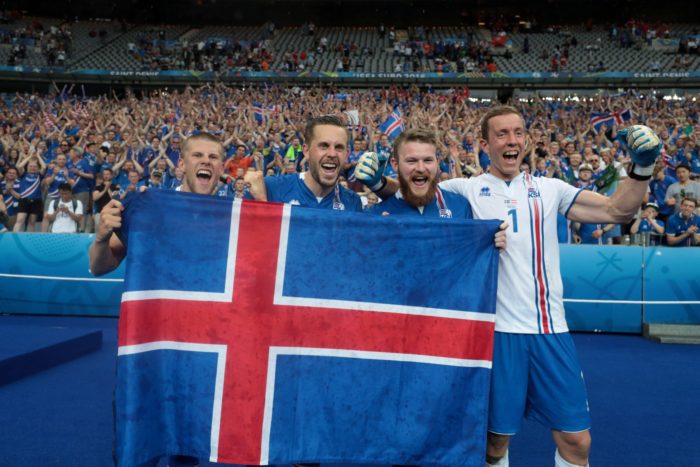 From left: Icelandic forward Jóhann Guðmundsson, midfielders Gylfi Sigurðsson and Aron Gunnarsson, and goalkeeper Hannes Halldórsson display their country’s flag after defeating Austria in Euro 2016, where Iceland announced its presence by advancing all the way to the quarterfinals. In the World Cup their group includes Argentina, Croatia and Nigeria.Photo: Kenzo Tribouillard/AFP/Lehtikuva

Juho Summanen and his brother are among the Finns who managed to procure tickets. They’re attending the group stage game between Argentina, one of the favourites, and Nigeria in St Petersburg.

“We’ve been rooting for Argentina for years even though neither of us has any connection to the country,” says Summanen, who works for a translation office. “I guess we just liked their style of play. I can’t really remember where it started. My brother gifted me the ticket as a Christmas present. In fact, getting the tickets was not difficult, but there’s a mandatory fan ID procedure which seems to be a bit of a hassle.”

It’s the first time that Summanen has attended a big international football tournament. Like many Finns, he is more of an ice hockey fan than a football devotee, especially since the football team he did support, Rakuunat of the eastern town of Lappeenranta, has been defunct since 2008.

“But I follow the national team when they’re trying to qualify for the Euros or the World Cup, and then the actual tournaments,” he says.

He harbours little optimism about Finland qualifying for one of the big tournaments: “It was close when Jari Litmanen and Sami Hyypiä were still playing. I hope future generations will prove me wrong!”

Glued to the game 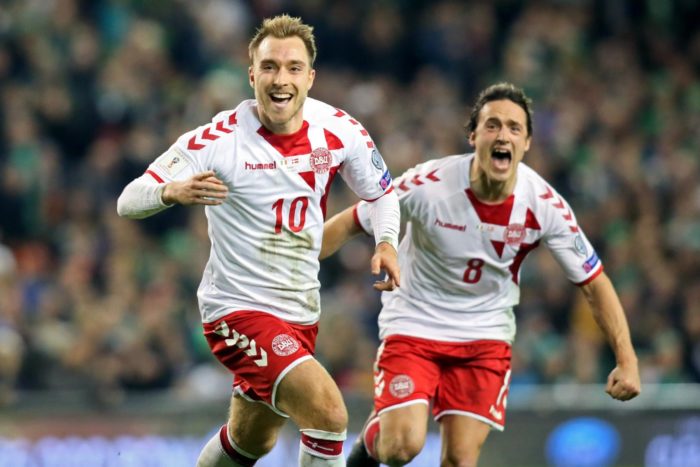 Danish star midfielder Christian Eriksen (10) celebrates with teammate Thomas Delaney after scoring a goal against the Republic of Ireland in a World Cup qualifier played in Dublin in autumn 2017. Eriksen scored a hat trick and the Danes won 5–1, clinching a spot in Russia, where they face Australia, Peru and France.Photo: Paul Faith/AFP/Lehtikuva

In Finnish football, sports journalist Olli-Matti Matihalti supports SJK, from the central western town of Seinäjoki, which won the national championship in 2015. He identifies a batch of young, rising Finnish talent, but is similarly guarded about predicting Finnish success at an international level.

He’s also cautious about heading to Russia, preferring to watch the World Cup games on TV. “I’ve been to one World Cup and a European Championship, and although it would be easy to travel to Russia, it’s difficult to prepare unless you know you’ve got a ticket,” says Matihalti. “Hotel-and-match packages seem to be too high-priced, too.” It might be easier to watch at home.

The geographical proximity of the event across the border may affect viewer numbers. A larger proportion of the Finnish population than during any previous World Cup is expected to be glued to its collective TV set. The Finns are excited about watching great football, but they’re excused of the partisan stress that their Nordic family members – the Danes, the Icelanders and the Swedes – are feeling.

The common language of football

Finns have started to independently help asylum seekers integrate on the football field. Sports unite people: everyone wants to play towards the same goal.