The national game pesäpallo was developed in the early 1900s and resembles American baseball.

According to a survey by the European Commission (2010), Finland tops the podium in physical activity in Europe, and it also places among the most active countries in the world. But we won’t rest on our laurels. We’re out to become the most active nation of all!

There are many reasons to exercise. You may have a competitive spirit or want to test your limits. You may be aiming to keep fit and look good, or you might simply want to relax and have fun with a group of like-minded people. Most Finns are active because it promotes health and wellbeing. 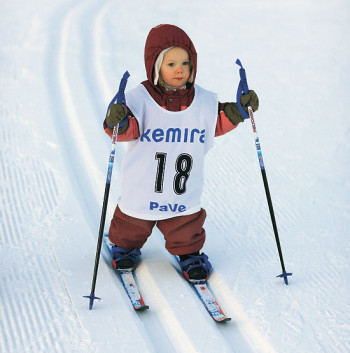 Children learn to ski at an early age.Photo: Antero Aaltonen

Sports are the number one hobby among children: More than 90 percent of those under 18 are physically active. Sports activities take place in clubs or in informal groups of friends. Favourites include football (soccer), ice hockey, floorball and various forms of gymnastics.

Of the adult population, 90 percent exercise at least twice a week and more than 50 percent at least four times a week. Adults favour sports that are easy to fit into their busy schedules, such as running, going to the gym and exercise classes that are conveniently scheduled at various times of day. 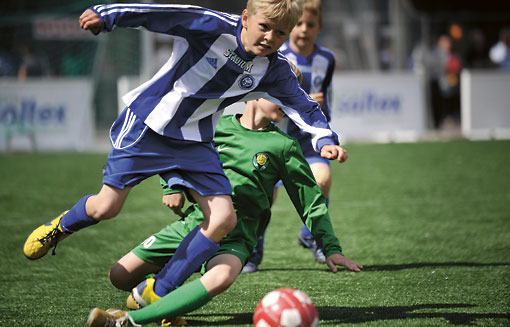 Soccer is the number one sport among children.Photo: Roni Rekomaa/Lehtikuva

their members in one or more sports. Clubs are run mainly by volunteers; most are non-profit organisations, with participation based on club membership.

The Finnish National Lottery is the largest individual financer of physical activities and sports. Some 25 percent of its profits are directed to sports through direct grants to clubs or via the Ministry of Education and Culture, which supports national sports organisations and municipalities. Municipalities maintain local sports facilities and provide financial support for local clubs. Other funding for sports clubs comes directly from the athletes or members, from sponsors and, to some extent, from the private sector.

Volunteer work forms the cornerstone of physical activity and sports in Finland. Out of a population of 5.4 million, as many as 600,000 people volunteer their free time to sports clubs – that amounts to more than 10 percent of the population. The ballpark estimate of the annual value of this volunteer work is 1.5 billion euros.

Sports clubs are run by volunteers, who also coach club members. In addition to helping out at clubs, Finns are also keen to volunteer their time to help organise sporting events.

One of the largest such events is the Jukola Relay, held annually since 1949. One of the biggest orienteering competitions in the world, it’s also the largest annual sporting event in Finland. Every year some 15,000 competitors from all corners of the world participate, watched by 30,000 spectators. It takes around 2,000 volunteers to put on the event. 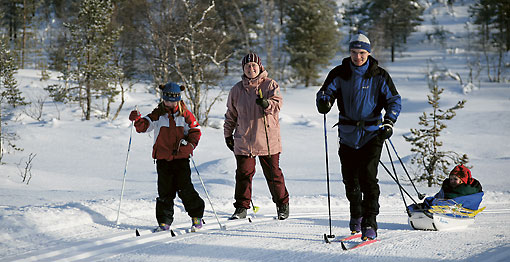 The best way to enjoy the winter landscape is on cross-country skis. There are free, well-maintained ski trails throughout the country.Photo: Antero Aaltonen

The great versatility of Finland’s natural environment, together with the country’s four distinctive seasons and ‘everyman’s right’ – the legal right of Finns to roam the wilderness regardless of who owns the land – provide ample opportunities for open-air activities. Outdoor sports are popular in Finland, including trekking, hiking, walking, Nordic walking, cross-country skiing, Nordic skating, cycling and canoeing.

City planning is paying increasing attention to pedestrian and cycling routes; exercise and recreation areas; and other local sports facilities. Most Finnish municipalities and towns have a swimming pool, a football pitch, an ice rink and an indoor facility for badminton, volleyball, basketball and floorball.

There are 13 sports institutes in Finland, each specialising in certain sports. They offer excellent facilities for competitive and professional athletes as well as hobbyists. In addition, the institutes are important educators in sports-related professions at both secondary and university levels, and boast leading expertise in areas such as testing and sports technology.

Research in sports science takes place at the University of Jyväskylä and the Research Institute for Olympic Sports (KIHU). Other institutes performing sports research include the Foundation for Sport and Health Sciences (LIKES), the UKK Institute and sports medicine centres around the country. Finnish sports and exercise scientists are renowned worldwide. 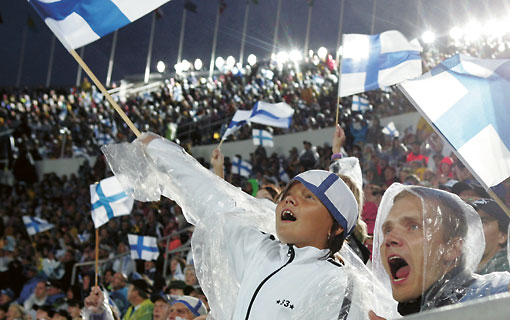 Finland is a sports nation, and Finns love to rally around their teams and root for their athletes. Over 70 percent of Finns either attend sporting events or watch sports via the media. Popular spectator sports include cross-country skiing, ski jumping, athletics, ice hockey, football and motor sports such as Formula One and World Championship Rally. More recent favourites include floorball, as well as snowboarding and other alpine sports.

Many Finns are happy to exercise for leisure, but different sporting events also tempt an increasing number of amateurs to the starting line. During the summer and autumn months, marathons and other running and walking events take place practically every week in various parts of the country. The annual Naisten kymppi, a 10-kilometre fun run for women, has been held 27 times, evolving into a massive event with 20,000 participants.

Winter and spring months are filled with skiing events; the best-known one is the traditional Finlandia Ski Marathon.

As organisers, Finns are known as reliable hosts whose competitions and international congresses run smoothly. The events are also environmentally conscious and utilise the latest technologies. The Helsinki IAAF World Athletics Championships in 2005 formed a memorable event, not least because it was efficient and ecological. The ECOmass environmental programme was launched specifically for the purpose of decreasing the environmental load of the event and establishing an environmentally friendly operation model for future events. Athletes and spectators alike applauded the welcoming atmosphere, too.

A new programme called “Ready Steady Go! Finland” aims to get people moving all around the globe, not just in Finland.

By encouraging the international growth of Finnish companies in the field of innovative sports design, accessories and services, Ready Steady Go! Finland wants to make sure that the country’s valuable contribution does not go unnoticed.

Why sport, why Finland? Why not? This is the position of Ornamo and Finpro, who stand behind the project. Ornamo is the Finnish Association of Designers and Finpro forms a network for Finnish companies looking to breakthrough internationally. Aalto University is also cooperating with them. Judging from Finland’s wide-ranging success in sports and proven expertise in technology, design and nature, Ready Steady Go! Finland represents a safe bet for the parties involved. 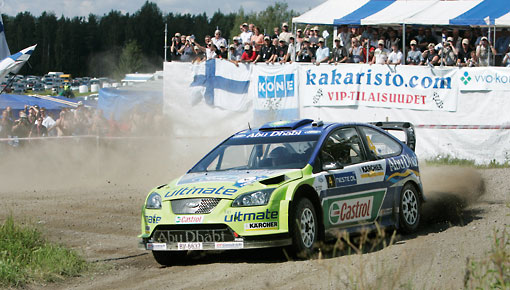 Paavo Nurmi, known as the Flying Finn, won nine Olympic gold medals in long-distance running during the 1920s. In addition to his nine gold and three silver Olympic medals, Nurmi clocked 25 personal and two team world records. He remained the all-time most successful Olympic athlete up until the 2008 Summer Olympics. 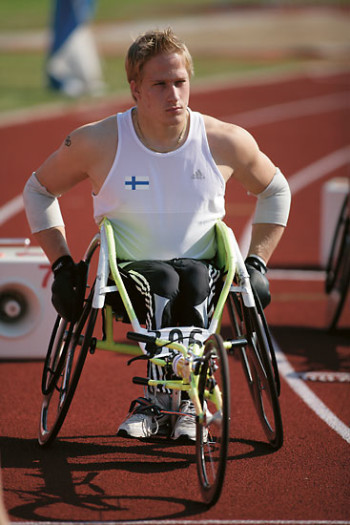 Leo-Pekka Tähti has won many Paralympic and World Championship medals in wheelchair racing.Photo: A Aaltonen 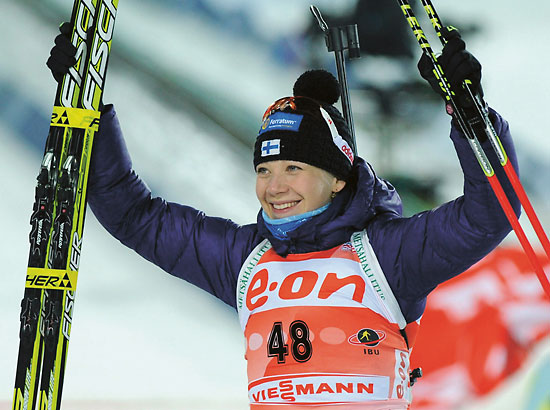 Kaisa Mäkäräinen is the first Finnish woman to win a gold medal in Biathlon. She won the 10-kilometre event and took silver in the sprint of the 2011 World Championships. In addition, she won the 2011 Biathlon World Cup.Photo: N. Kolesnikva/LK/AFP 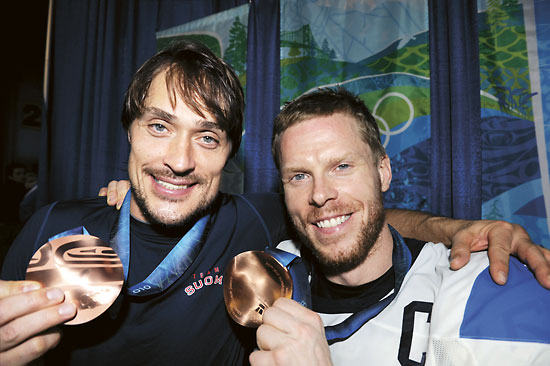 These and other talented athletes put Finland on the scoreboard and act as important role models for young sports enthusiasts. 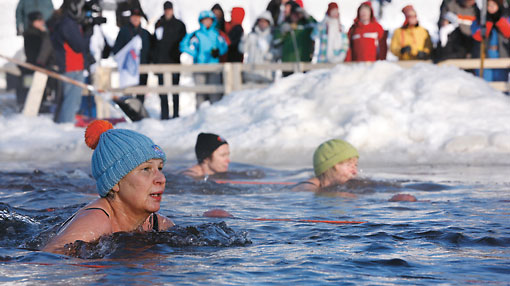