Helsinki’s Lutheran Cathedral overlooks a deserted Senate Square in the spring of 2020. Authorities are advising people to stay home rather than congregating where people usually celebrate Vappu.

Imagine the Fourth of July in the US, or Canada Day in Canada, or Bastille Day in France, or the Seventeenth of May in Norway – almost every country has a national holiday or two on which people congregate for picnics, cookouts, celebrations and fun.

Now imagine that same day in the time of Covid-19. It doesn’t seem quite so fun anymore, given the danger of contagion. Medical experts rightly worry that such a situation could cause a new wave of coronavirus cases, even in areas where the situation seems to have settled down.

In Finland, the day for picnicking and joyously (even raucously) greeting the spring is May 1, which is Labour Day in Finland and many other countries. The Finnish version long ago also became a sort of spring carnival, beginning on the evening of April 30 and continuing through the following day. It’s known as Vappu in Finnish and Valborg in Swedish, which is also an official language in Finland. 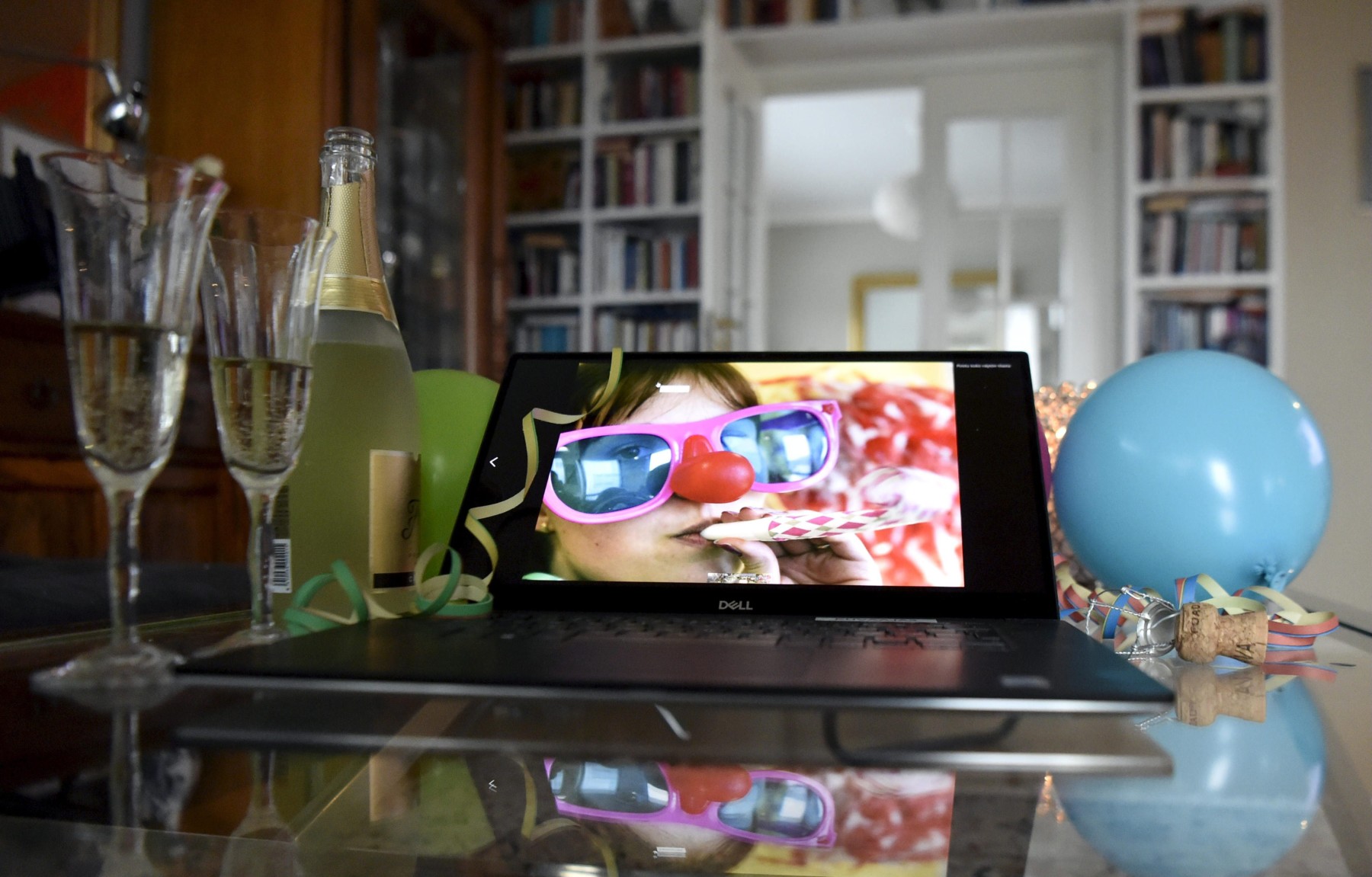 A cosy virtual Vappu could look like this: Balloons, bubbly beverages and participation in online celebrations.Photo: Jussi Nukari/Lehtikuva

If you’ve never been in Finland on May Day, it’s difficult to explain how crazy it is – usually. But 2020 is not a typical year. The authorities, including government ministers, doctors and police, are advising people to avoid their usual picnic spots and celebrate Vappu virtually instead.

The parks and monuments where revellers would normally gather are either blocked off or designated as off-limits. Gatherings of more than ten people are prohibited, as they have been for the previous many weeks, but the Virtual Vappu website, published by the Ministry of the Interior and the police, reminds everyone that smaller groups of people can also cause the virus to spread.

Instead, they recommend that people enjoy their traditional sima (a slightly alcoholic mead) and tippaleipä pastries at home. Tie balloons to your balcony and have a picnic on the living room rug or in your own yard, all in the name of thwarting the coronavirus.

To safely go where no Vappu has gone before 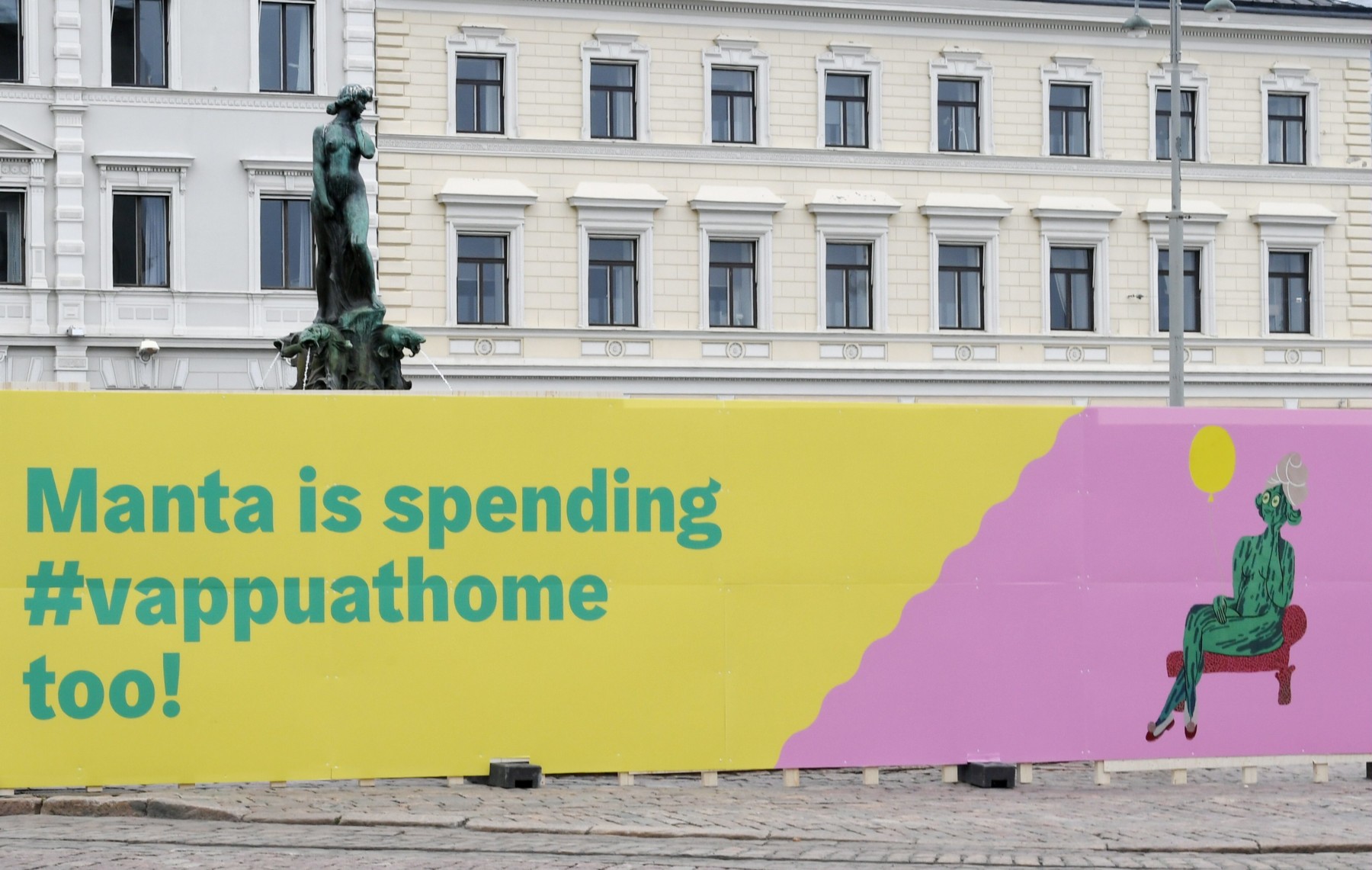 In the last week of April 2020, a wall went up around the iconic Havis Amanda statue on Helsinki’s Market Square. “Manta is spending #vappuathome too!” the sign reads (“Manta” is a nickname for Amanda).Photo: Jussi Nukari/Lehtikuva

What does virtual Vappu mean, though, apart from not gathering in groups? Various celebrities and social media influencers are livestreaming activities, quizzes, performances and cooking demonstrations. There’s also a long list of events streaming from all over Finland. Everyone is getting in on the online action, from symphonies and choruses to police stations and balcony musicians, not to mention Santa Claus himself (who, as everyone knows, lives in Finnish Lapland). “Vappu is not cancelled,” says Minister of the Interior Maria Ohisalo on the Virtual Vappu website. “We are now celebrating it at home…in our yards and virtually.”

There are “quarantine concerts.” The City of Helsinki tells readers “How to spend May Day remotely,” calling it “the remotest Vappu of all time.” Audiences can join rap duo JVG’s concert on April 30 via computer, smartphone or VR headset. Listeners’ avatars can dance, clap and send emojis into the virtual Vappusphere – a sign of appreciation, but also a symbolic nod to the ornate, helium-filled balloons that Finnish people associate with the May 1 holiday.

Helsinki’s website also lists several other virtual concerts, but what about one of the most quintessential Vappu traditions, the crowning of Havis Amanda, a downtown Helsinki statue, with a graduation cap? The April 30 event usually attracts tens of thousands of people and serves to kick off the holiday celebrations, but in 2020 this, too, takes place virtually, “allowing everyone to follow it safely from their homes,” organisers say.

It’s clear that this Vappu is going where no Vappu has gone before, entering uncharted territory. Zoan, a Finnish company specialising in virtual technology, promises “a new and unique manner” in the crowning of Havis Amanda, giving the audience the chance to experience a sense of community and to interact.

The phrase “Hauskaa vappua!” (Have a fun Vappu!) has taken on a whole new meaning.