Ninni Korkalo, artist of the month in April 2020 at Korundi in Rovaniemi, bites into an apple as Snow White in a video entitled “Black, Red, White Diaries.”

Finland is a museum-going nation, and 21st-century museums are exciting places where people share experiences and a sense of community.

Prior to barring visitors to help curtail the coronavirus from spreading, Finnish museums had seen a long period of strong, steady growth in visitor numbers, from a total of 4.9 million visits in 2010 to 7.1 million in 2018 (the most recent statistics available at the time of writing).

In 2019 the Museum Card, which for a single price grants unlimited entry to 300 museums across Finland for 12 months, saw a 20 percent sales increase, to 185,000 cardholders, and a 43 percent jump in the number of cardholder museum visits, to 1.4 million.

Museums, similarly to people, have had to retreat behind closed doors during the coronavirus pandemic. And, like many people, museums are increasingly reaching out online. They’re posting photo galleries, video artworks, guided tours, behind-the-scenes glimpses and artist interviews on their websites and social media accounts.

Here are some online experiences at museums around Finland, from Rovaniemi and Oulu in the north to Helsinki and Turku in the south. (We also have a similar article about online concerts.) As it says on the website of Amos Rex, a Helsinki art museum, “You don’t need to stop enjoying art.”

Located in the city of Rovaniemi, just a few kilometres from the Arctic Circle, Korundi House of Culture is home to Rovaniemi Art Museum and the Lapland Chamber Orchestra. A couple musicians have wandered out of the auditorium and into the gallery to play Mozart.

The Lapland Chamber Orchestra’s Heli Haapala (flute) and Jonna Staas (oboe) play a piece from The Magic Flute by Mozart beside a painting by Raili Tang.
Video: Rovaniemi Art Museum

The colourful painting forms part of an exhibition called Merry Things – one of its goals is “to promote positive thoughts,” according to the organisers. In this sense, we’d say art is an essential service.

Black, Red, White Diaries is screened as a two-channel installation when shown in a gallery.Photo: Ninni Korkalo

Ninni Korkalo is artist of the month at Korundi in April 2020. It has become an online honour, and includes Instagram posts, video art and a questionnaire that will form the basis for an episode of her newest work, The Best Lover.

In Black, Red, White Diaries, Korkalo’s zany, irreverent take on Snow White, two different Snow Whites tell the story behind the fairy tale. One talks with an eastern Finnish accent and the other speaks Brazilian Portuguese (with English subtitles).

They “rewrite, reinterpret and mess up the messed up story,” says Korkalo in the video description. One Snow White looks directly into the camera and says, “Come on! Dwarfs? They were seven pickpockets.”

Arktikum, a science centre and museum on the other side of Rovaniemi, offers experiences of Arctic nature, culture and history. You can get a taste of one of their permanent exhibitions, Polar Opposites, in the trailer below.

Polar Opposites, at Arktikum in Rovaniemi, is a scenic journey through northern nature.
Video: Arktikum 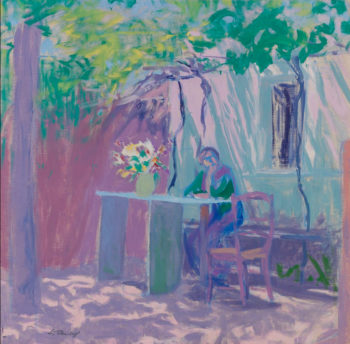 Ellen Thesleff’s Arbour (1908) shows a person at the Café de Roma in Forte dei Marmi, Italy, with ribbons of sun shining through the leaves. Thesleff liked to sit there and gaze out at the Mediterranean Sea.Photo: Hanna Kukorelli/Helsinki Art Museum

About 200 kilometres (125 miles) south of Rovaniemi, but still 600 kilometres (375 miles) north of Helsinki, the Oulu Museum of Art is hosting Kiss of the Sun, an Ellen Thesleff exhibition. She was “a headstrong, independent artist,” writes curator Hanna-Reetta Schreck.

Thesleff (1869–1954) spent a great deal of time in Paris and Florence, and was one of the first to import movements such as symbolism and expressionism to Finland from the Continent. You can move through the museum on a virtual tour of the exhibition, either on the screen of your choice or using a VR headset. 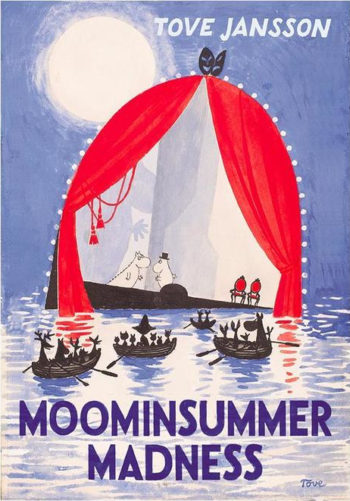 Until the Moomin Museum opens again, why not rediscover Moominsummer Madness and the rest of the original Moomin books?Illustration: Tove Jansson; photo: Sort Of Books

If you’re a fan of the Moomins, those adventuresome and endearing characters invented by Swedish-language Finnish artist and writer Tove Jansson (1914–2001), then you know that the central Finnish city of Tampere is home to the Moomin Museum.

And if you’re not a fan, maybe now is the time to discover what you’ve been missing. While the museum is closed, we recommend returning to the original Moomin books. Kids and grown-ups alike find meaning in the stories and drawings, and may derive encouragement from the fact that the Moomins repeatedly overcome floods, comets, monsters and assorted other calamities. Two of our favourites are Moominsummer Madness and Comet in Moominland.

In the southwestern city of Turku, the Wäinö Aaltonen Museum, named after a sculptor who lived from 1894 to 1966, has published Wounded Ground II online. The video slideshow is part of the Sencer Vardarman exhibition Under the Mother Earth’s Skin. Each shot in the Turkish and German artist’s video slideshow is a collage of more than 1,000 satellite photos of an open-pit mine. The patterns are beautiful and fascinating, but they’re also signs of pollution, destruction and extinction. 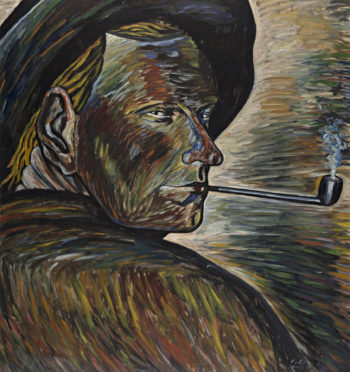 Vilho Lampi, seen here in a 1929 self-portrait, often painted at night because he was busy with farm work during the day.Photo: Mika Friman/Oulu Art Museum

Helsinki Art Museum features a sculpture bank, a map of 500 public artworks across the centre and suburbs of the Finnish capital, each with a photo and a description link. It offers an opportunity to travel to Helsinki and have a look around without leaving your home. How about Nose, Mouth and Footprint of a Giant, or Three Moments in the Life of Chewing Gum? You can also view Monument to Ordinary People and the soft-sounding Pillow Stone.

There’s also a video guided tour of Helsinki Art Museum’s Vilho Lampi exhibition. Lampi (1898–1936) came from Liminka, not far from Oulu, and painted his portraits and landscapes mostly during the evening, after he was done with his farm work. (Once on the page, scroll to find the video, and select English subtitles by pressing the “CC” button.)

Nastja Säde Rönkkö’s for those yet to be is on the schedule at the Espoo Museum of Modern Art (EMMA) just outside Helsinki. In one of the 27 videos in the project, she stands on duckboards in Viiankiaapa, a bog area in the Finnish far north. A rainbow descends from the sky in the background as she holds up a sign that reads, “Something about karma.” EMMA has posted a photo and a description for each video.

“I visited some of the most ecologically fragile sites of our planet,” says Rönkkö on her website. “I went to places and spaces that are already, or are about to be, permanently changed by humans.” Her video artworks aim “to reflect these changes through personal experience: exploring our fragile environment through emotions, presence and vulnerability.” 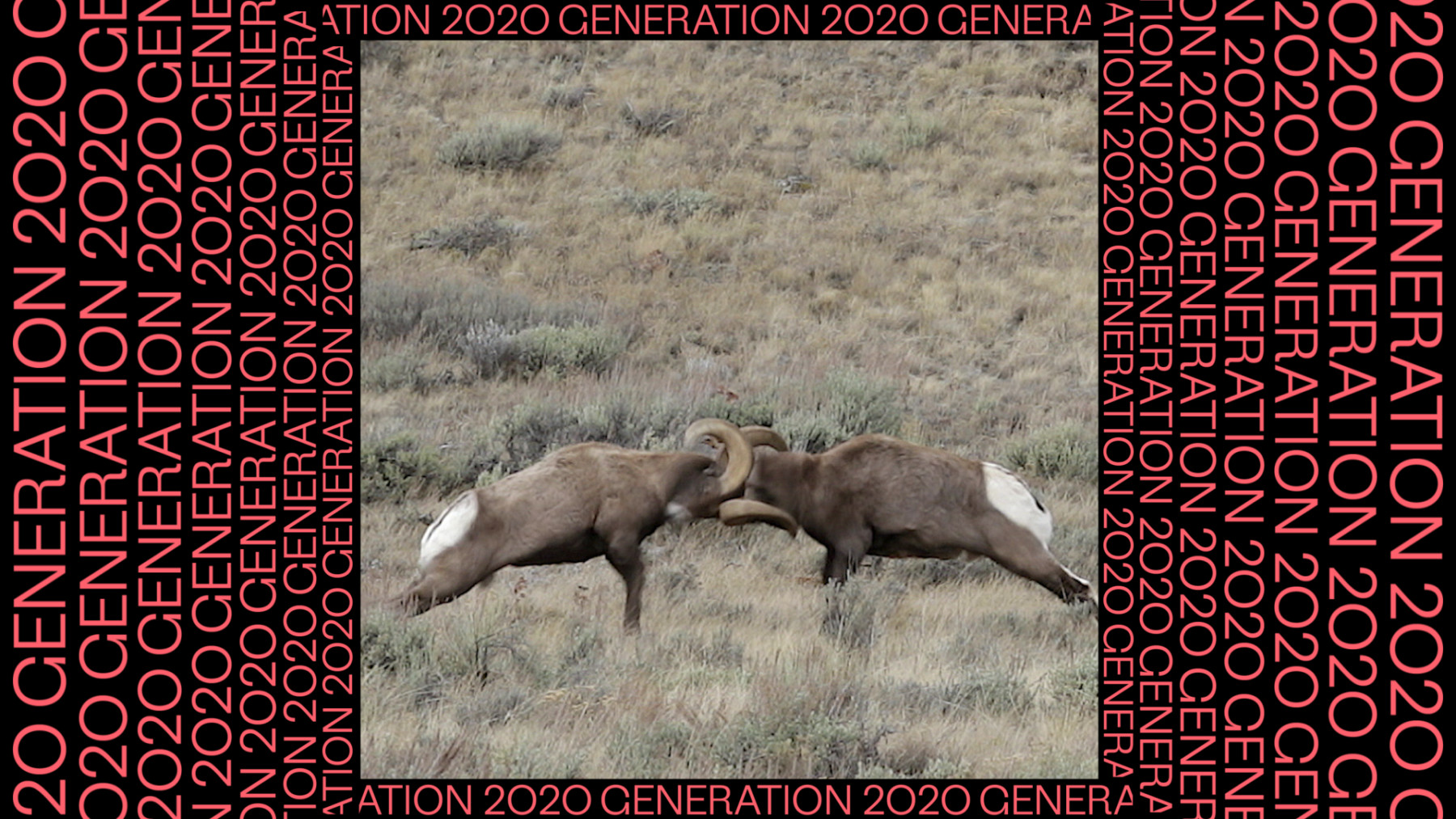 Parts of Generation 2020, an exhibition of 15-to-23-year-old artists at Amos Rex in Helsinki, are viewable online.Photo: Amos Rex

Amos Rex in Helsinki has various material online, including guided tours in a number of languages. Video works also appear from the Generation 2020 young artists’ exhibition – ThisisFINLAND has previously written about the show.

In Intelligence, a video by Delilah Sykes, monotonic text-to-speech voices read the comically confusing results of using predictive text to write about attitudes towards nature: “Rock and stuff is coming soon so you get the money back in time for us.” “I’m so stressed about my anxiety.” She intercuts the phrases with shots of people observing, petting, licking or otherwise trying to relate to a stone.

Across the street from Amos Rex at Kiasma Museum of Contemporary Art, Shadow Zone features the work of Liisa Lounila. “What all the works in this exhibition have in common is that they expose something in the shadows, something skewed or unexpected,” says Lounila on the Kiasma website. She may gather all the twist-ties from a year’s worth of bread bags and display them like butterfly specimens, or silver-coat disposable coffee cups, or film a meadow at night while lightning strikes in the distance.

In this excerpt from Garden, by Liisa Lounila, the seasons gradually change as the camera pans around a garden allotment.
Video: Liisa Lounila

Avant-garde, vitality and a new beginning 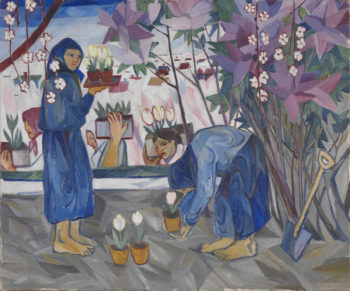 Ateneum Art Museum in Helsinki has an overview of Russian artist Natalia Goncharova (1881–1962), including paintings, illustrations, clothing designs and even ballet costumes. It was open for just a couple weeks before museums had to close their doors. Goncharova, a major influence on the Russian avant-garde scene, was interested simultaneously in contemporary art and Russian folk art. She saw parallels between the two, and incorporated them into her work.

Ateneum curator Timo Huusko packs a lot of stories into this video as he walks us through the Natalia Goncharova exhibition.
Video: Ateneum Art Museum

The Ateneum website also features a page that directs you to collections available online, including 13 short films in a series entitled Stories of Finnish Art. Each one focuses on one classic work by a famous artist. If you’ve ever visited Ateneum, you’ve probably stood for a long moment in front of The Convalescent, an 1888 painting by Helene Schjerfbeck (1862–1946), one of Finland’s foremost artists. It’s the subject of one of the Stories of Finnish Art videos. In the painting, a child recovering from an illness sits at a table, holding a twig that is sprouting leaves, a sign of new life.

Just down the street from Ateneum at the time of writing, a colourful banner draped over several floors of a building reads, “We will get through this,” “Stay safe,” and “Stay positive.” In Ateneum’s video, the narrator says of The Convalescent, “Schjerfbeck’s painting…mainly tells us about the recovery from illness, about the return of vitality and a new beginning.”

A banner on the façade of the museum itself shows part of the same painting, along with the message “Art awaits until we meet again.”

This video details one of Ateneum’s best-known paintings, The Convalescent, by Helene Schjerfbeck. Completed in 1888, it strikes a chord of relevance today.
Video: Ateneum Art Museum