Since the Programme for International Student Assessment (PISA) began in 2000, Finnish 15-year-olds have consistently done well. In the results released in December 2019, Finland lives up to its reputation, and also seems to show a good balance between academic achievement and life outside of school.

Finland students performed well in the 2018 PISA survey, placing near the top in all three categories: reading, math and science.

Conducted every three years by the Organisation for Economic Cooperation and Development (OECD), PISA tests the skills and knowledge of 15-year-old students in dozens of countries in order to evaluate education systems worldwide. It assesses reading, mathematics and science.

The results released in December 2019 are compiled from the 2018 PISA. In Finland, the 2018 survey comprised 214 schools from all areas of the country, with 42 students at each school selected randomly to participate. The test group included Finnish-speaking and Swedish-speaking schools – both are official languages in Finland. 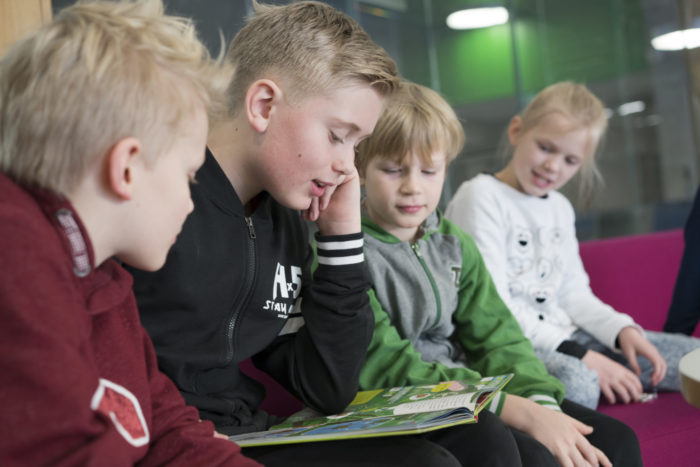 Reading, whether from a screen or from paper, forms the basis for much of the learning kids do at school.Photo: Riku Isohella/Finland Promotion Board

PISA 2018 also asked students to assess their own life satisfaction; Finnish 15-year-olds gave this a mean score of 7.61 on a scale of one to ten. If you chart the scores for life satisfaction against those for reading proficiency, it becomes clear that Finland is the only country where both categories are at a high level. This may indicate a positive balance between school and other aspects of life, just as Finnish adults, according to international comparisons, enjoy an admirable level of work-life balance.

The graph of kids’ interest in reading shows a decline in Finland, as it does in many places all over the world. Surprisingly many children answered that they read only when necessary – the question included digital and paper platforms. This issue seems sure to demand attention from parents, educators and politicians to encourage reading, which forms the basis for so much other learning.

One open secret about the success of the Finnish education system is that the same high standard of education is available to children all over the country, regardless of geographic location or socioeconomic background. Minister of Education Li Andersson remarked upon this in a press conference in Helsinki, pointing out that the PISA results show that there are minimal differences between the many participating schools.

This means, she said, that everyone in Finland “can trust that their own local school is among the best schools in the world.”

The secret of Finnish schools

The principal of Helsinki’s German School tells us how to utilise the best sides of two school systems in one school.