Fans from all over the globe converge on the Finnish capital for the 2017 World Figure Skating Championships.

The first time Finland hosted the World Figure Skating Championships, the country was still a Grand Duchy in the Russian Empire. It was in 1914, three years before Finland gained its independence, and on the frozen surface of Helsinki’s North Harbour, Gösta Sandahl of Sweden was declared men’s singles champion.

Those were the days before the competitions for men, women and pairs were held at same venue. That year, for example, St Moritz, Switzerland played host to the ladies’ contest and the pairs event. In 1952, the International Skating Union added ice dancing to the World Championships repertoire, creating a four-event extravaganza.

From March 29 to April 2, 2017, the World Figure Skating Championships take place in Helsinki again, this time at Hartwall Arena, with competitors from more than 30 countries. Coinciding with Finland’s centennial, the Worlds promise a combined celebration of unparalleled figure skating and continued citywide festivities commemorating 100 years of Finnish independence. One of the more unusual World Championship tie-ins is an official Helsinki 2017 detective story, The Mystery of a Missing Skater, written by Finland’s own Leena Lehtolainen and appearing online in installments (link below).

Olympics on the horizon 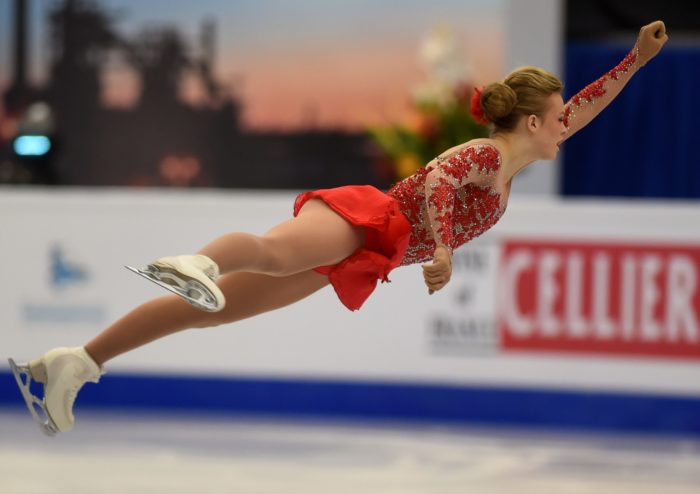 Held annually, the World Figure Skating Championships form the most prestigious of the title events sponsored by the ISU, including the European Championships, the Four Continents Championships and the World Junior Championships. Only an Olympic medal is considered a higher achievement in figuring skating than placing at the Worlds.

Helsinki is also an important precursor to the 2018 Winter Olympic Games in Pyeongchang, South Korea, as the 2017 World Championships will determine the number of Olympic entries for each country.

In Helsinki, the women’s competition includes 38 participants, with 2017 Finnish national champion Emmi Peltonen among them. The men’s competition has 37, including two-time Nordic medalist and four-time Finnish national champion Valtter Virtanen. Twenty-nine couples are taking part in the pairs competition, in which Emilia Simonen of Finland takes the ice together with her Canadian partner Matthew Penasse. In the ice dancing category, Cecilia Törn and Jussiville Partanen are representing Finland in a field of 32 couples. 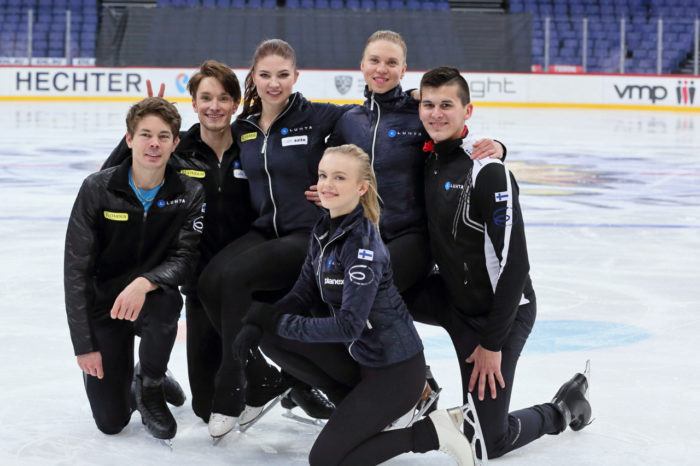 The 2017 event marks the fifth time Helsinki has played host to the championships, which first took place in 1896. Finland has won one bronze medal in World Championship history (Laura Lepistö in 2010).

Russia made a clean sweep in 1999, the previous time the event was held in Helsinki: Alexei Yagudin and Maria Butyrskaya were singles winners, while Elena Berezhnaya and Anton Sikharulidze won the pairs event and Anjelika Krylova and Oleg Ovsyannikov took ice dancing. In Helsinki in 1983, American Scott Hamilton and Rosalynn Sumners were individual winners. Soviets Elena Valova and Oleg Vasiliev were awarded the pairs championship, while British skaters Jayne Torvill and Christopher Dean were tops in ice dancing.

Japan’s Yuzuru Hanyu – the 2014 Olympic and world champion – is considered one of the favorites in the men’s singles along with Fernandez. Satoko Miyahara, also from Japan, is expected to challenge Medvedeva in the ladies’ singles.