In the museum lobby you can rest on sofas and armchairs from different periods – and stroke “city bunnies” designed by artist Jasmin Anoschkin.

In Helsinki City Museum visitors are transported back through time to see how people lived in the Finnish capital during different ages. The museum is open every day, with free admission.

Helsinki City Museum’s expanded main complex is more than just a museum, since it has been designed to be a living room where anyone can come to work in pleasant surroundings, have a coffee, or just hang out. This oasis is located right in the historic heart of Helsinki by Senaatintori (Senate Square), a stone’s throw from the Mayor’s official residence. The museum complex encompasses five buildings in the same block, built between the 1750s and the 1920s. 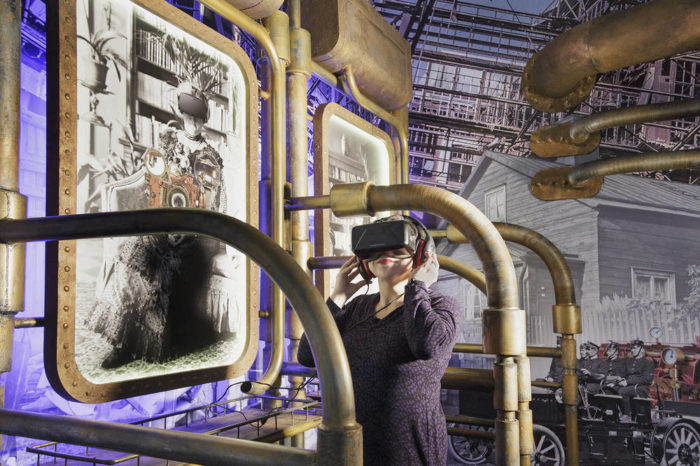 A trip through time to bygone Helsinki

The journey through Helsinki’s history starts on the first floor, where images captured by photographer Signe Brander a century ago come to life in the museum’s time machine. Using 3D glasses visitors can discover how much the city has changed over the years.

The City Museum’s collections contain more than a million photos of Helsinki, including many taken more than a century ago. Snapshots obtained from family albums and many professional photographers have been compiled in the museum’s picture archives. An online version of the archives has more than 40,000 images for viewing. 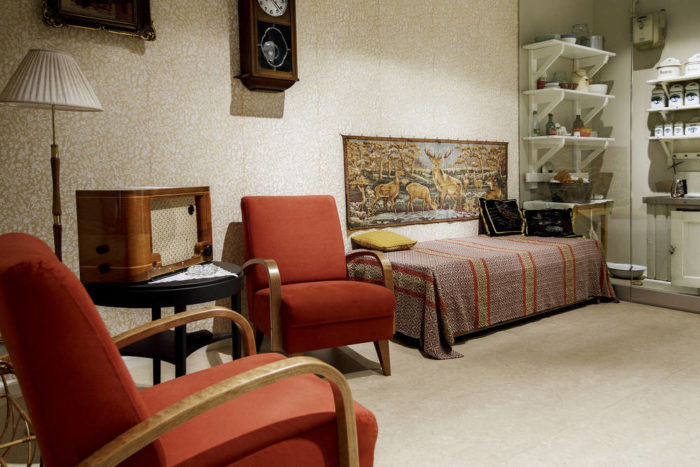 The Helsinki Bites exhibition on the second floor takes museum-goers back to a typical Helsinki home in the 1950s and a local bar from the 1970s, to a soundtrack of old songs related to the city and radio broadcasts from the fifties. One room is completely taken up by a 90-year-old miniature model of Helsinki as it looked in 1878.

Visitors of all ages can freely touch and feel all the objects displayed in the Children’s Town section on the 2nd and 3rd floors. Here kids can play, draw, try on costumes, go to school in an old-fashioned classroom, and visit a granny’s house from the 1970s. The Children’s Town has been created in Sederholm House, the oldest building in the museum complex, built in 1757. 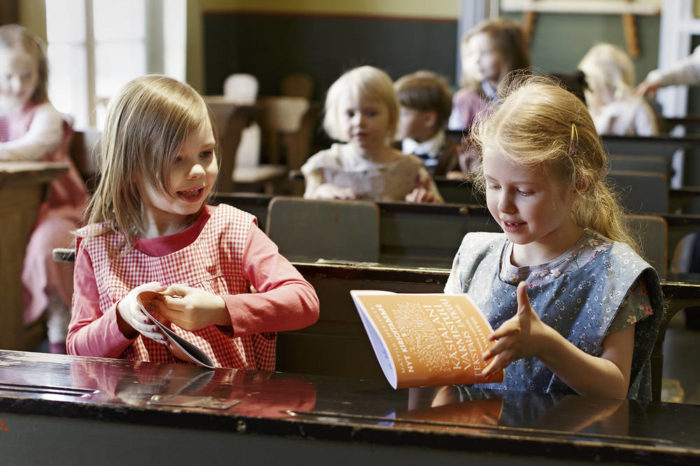 Go back to school as it was in the old days in the classroom in the Children’s Town exhibition. Photo: Maija Astikainen

The museum’s fourth floor will house temporary exhibitions, starting with the travelling Museum of Broken Relationships. This exhibition features donated personal possessions that people from Finland and other countries had earlier kept as mementos of terminated affairs. These keepsakes are presented together with the stories behind them, written by the broken-hearted lovers themselves.

Romantic relics on show include rings, cuddly toys, an unfinished woolly hat made by a former boyfriend, various clothes, maps, and even an exercise bike. So many objects were donated by Finnish ex-lovers that they couldn’t all fit in the exhibition, and some are instead illustrated and explained on the website brokenships.fi.

The Museum of Broken Relationships was first dreamed up by two Croatian artists after they ended their mutual affair ten years ago. The exhibition has already toured 40 cities in 30 countries, but Helsinki is its first port of call in the Nordic countries.