The athletics and aesthetics of star single figure skaters such as Kiira Korpi, Laura Lepistö and Viveca Lindfors have also drawn new enthusiasts to the sport of synchronised skating.

Speed, movement, music and choreography contribute to the growing popularity of synchronised skating, a discipline in which Finland holds multiple world championship medals. The international Finlandia Trophy competition is held every autumn in the Helsinki area.

“Figure skating is a multifaceted sport, because it combines athletics and aesthetics,” says synchronised skating coach Katariina Luotonen. “You can express yourself through movement and music and practise skating along with dance, ballet and gymnastics to improve your body power and grace. The feeling when you are speeding across the ice is amazing.” 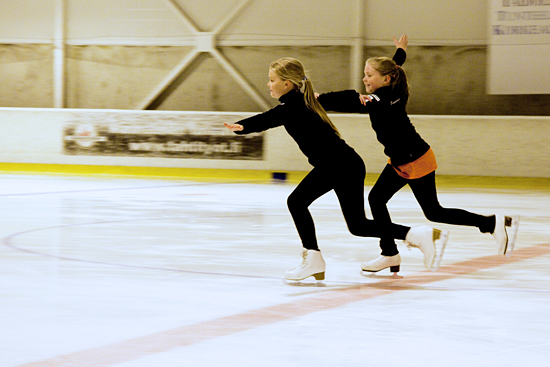 Luotonen began figure skating at five and participated in both single figure skating and synchronised skating with one of Finland’s top teams, Marigold Ice Unity. She later moved into coaching, and works with Tikkurila Figure Skating Club, located just north of Helsinki and known by its Finnish abbreviation, TTK.

Synchronised skating, especially, has seen a rise in popularity since the 1990s. It’s a team sport in which eight to 20 skaters perform a programme together. It utilises the same judging system as other figure skating events, and is characterised by teamwork, speed, intricate formations and challenging step sequences.

“Being a single skater is very competitive, and most of the time you train by yourself,” Luotonen explains. “Synchronised skating is a team sport, which makes it more fun. As with all team sports, the team spirit comes from doing things together and working towards a common goal. The support from your team members while sharing success, failure, joy and sorrow are assets that will stay with you throughout your life.”

Every child learns to skate

Ice skating is regarded as a basic skill in Finland, comparable to swimming or riding a bike. Every child learns to skate at a young age. Because of the long winters, they also have ample opportunity to practice outdoors, as many soccer fields are transformed into ice rinks.

Children of all ages gather after school to play ice hockey or figure skate with their friends. Ice skating is also included in physical education lessons at school.In addition nearly every city has indoor skating rinks, many of which are in year-round use.

Luotonen believes several reasons exist for the growing popularity of synchronised skating: “The team spirit, the show element and the success of Finnish skating teams in competitions all over the world are drawing more and more children to this sport.”

No age limit for a new hobby 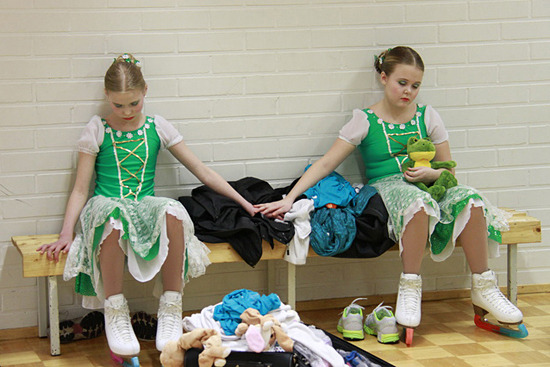 In team sports like synchronised skating, team members gain a lot of support from their peers.Photo:Joukkue Ice Melody

“If you wish to be successful [at the top level], you need to start early,” Luotonen says, but adds that there is no age limit to when you can start a new hobby. You can start lessons as early as three years old, but skating lessons and teams for adult beginners are also available.

“Ice Melody, one of the teams I am coaching at TTK, consists of 23 energetic girls aged 8 to 12,” says Luotonen. “They are such a fun, spontaneous group of girls, who always make me laugh. They train on ice four times a week, in addition to dance classes and fitness training.

“My goal is to teach them to grow into young athletes, making healthy choices in all parts of life in order to achieve certain targets. At this age, targets are not measured in results or medals, but in growth on a personal and team level.”