Slush: It’s crazy *not* to visit Helsinki in early winter

The tenth annual Slush Helsinki brings together innovative startup entrepreneurs, investors, top-notch speakers and tech-heads. As we look at the progress of an event that continues to get more comprehensive every year, we check in with Niklas Wahrman, whose idea won first prize at the first Slush ever.

Slush has tech startups, investors and so much more: Artists body-paint a model and label him #lifesciences in front of a display about population growth statistics.

“We’re hosting over 500 more startups and a few hundred more investors this year, so the sheer size poses new challenges,” says Slush CEO Marianne Vikkula. “We focus on quality of contacts to make sure the right people meet each other.”

Slush’s Matchmaking Tool, a meeting-booking database for investors, startups, executives and media, has received upgrades. New services, such as speed-mentoring sessions given by the speakers, will highlight the needs of initial-phase companies. 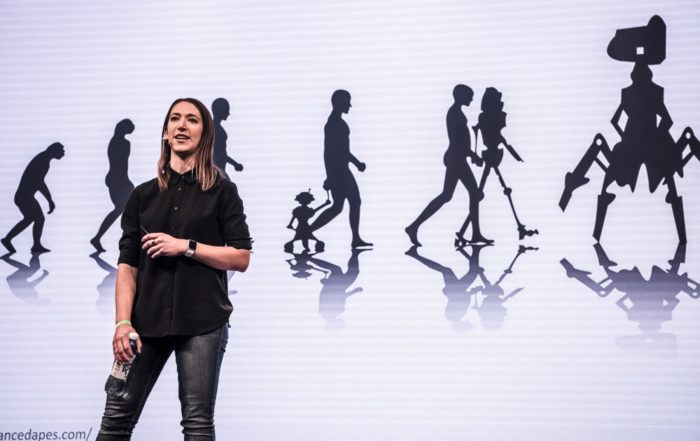 New in 2017 are Slush Y Mobility and Slush Y Science. The former is organised in partnership with think tank Demos Helsinki, the latter with the University of Helsinki and the Helsinki Institute of Life Science.

We had searched a long time for a suitable concept to bring financers and scientists with enormous unused potential together,” Vikkula says. “This will be a new kind of arena for academics and scientists to explore how to commercialise their ideas and introduce new ways of getting their future projects financed.”

Slush has grown exponentially since 2008, when Helsinki’s slushy sidewalks and early winter chill inspired its name. About 400 conventioneers met up in a repurposed tram-maintenance hall. Among them was a young engineering student named Niklas Wahrman, from the southwestern Finnish city of Turku, there to present an idea by his software company Nixarn.

“At the time, I had several projects in mind,” Wahrman says. “I read online about this new startup event planned in Helsinki and contacted one of the organisers, Peter Vesterbacka [subsequently of Rovio and Angry Birds fame]. We met over coffee and he encouraged me to pitch one of my ideas to the jury at Slush.” 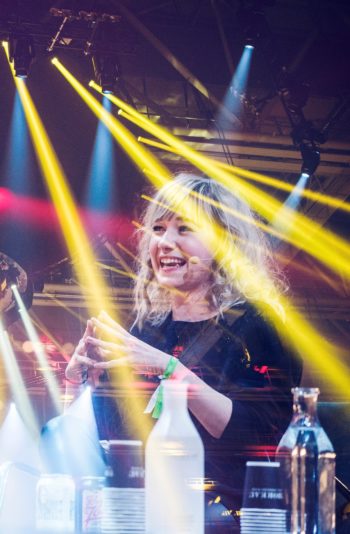 Linda Liukas, creator of the Rail Girls global movement to teach young women how to code, appeared on the Founder Stage at Slush 2016 and is back in Helsinki again as a Slush speaker.Photo: Kai Kuusisto/Slush

Wahrman’s idea, an online service called WhenWorld, split Slush’s inaugural three-way first prize of 15,000 euros. His project was never fully realised, but the adventure left an impression on him.

“That’s how it is, you have 100 ideas and maybe one of them might work,” he says. “As a student at Åbo Akademi [a Swedish-language university in Turku], we were told, you’ll study here for five years and then you’ll join Nokia. But attending Slush had changed my attitude and opened my eyes to different kind of life path by encouraging me towards entrepreneurship.”

The spirit has caught on in Finland. According to a 2016 poll by the Confederation of Finnish Industries (known by its Finnish abbreviation EK), about one-third of Finnish high school students said they would consider self-employment as a career choice. Fifteen years earlier, only one to two percent had been interested in founding their own businesses. 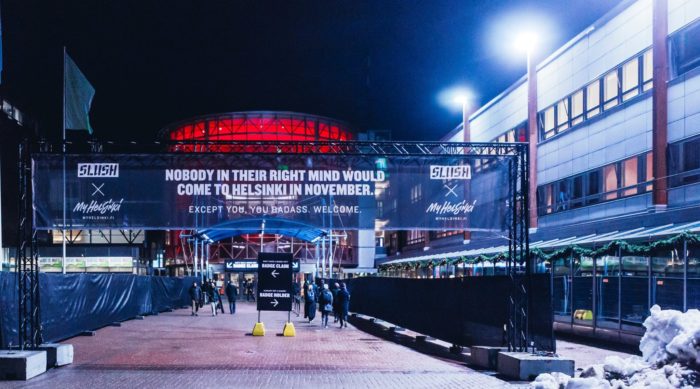 The Slush sign that went viral: “Nobody in their right mind would come to Helsinki in November. Except you. You badass. Welcome.”Photo: Petri Anttila/Slush

Wahrman, who founded the mobile game company TicBits in 2010 with his cousin Fredrik Wahrman, gives credit to Slush.

“Thanks to the contacts from that event, starting our own company was easy,” Niklas Wahrman says. “Ease of networking, providing contacts, sharing experiences and information with a group of peers as well as more experienced mentors. For me those were the main benefits of Slush.”

His company has been profitable every year, reaching revenue of more than one million euros in 2015. The success of games such as Crazy Kings attracted larger companies. TicBits was sold to Hong Kong-based Animoca Brands for 3.35 million euros last year.

Wahrman meets his tech-enthusiast peers again at Slush 2017. Since 2008 the event has grown 57-fold. It’s the biggest event of its kind in Europe, and it’s on its way to establishing itself as the most relevant startup gathering in the world.

Evolving in an ecosystem 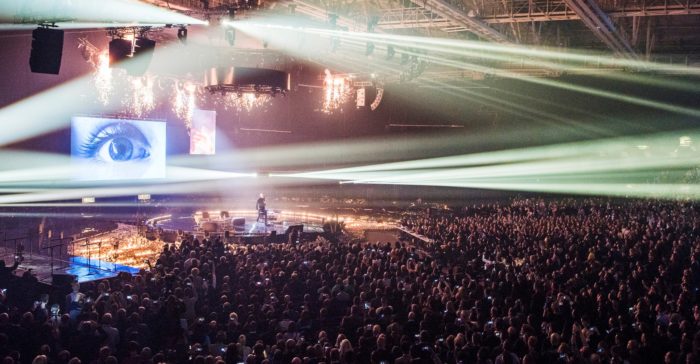 Max Lilja, cofounder of Finnish heavy-metal cello group Apocalyptica, played an electric cello solo in the Slush 2016 opening show, much to the delight of an audience eager to record and share the moment on their phones.Photo: Kai Kuusisto/Slush

About 7,000 startup companies have attended Slush in the past nine years. They’ve received almost 850 million euros in venture capital funds via investments or pledges.

Slush also occupies a vital place in Finland’s startup market in general. Investments in 400 early-stage firms increased to 383 million euros in 2016, up 42 percent from the previous year, according to statistics from the Finnish Business Angels Network (Fiban).

“We want to enable the startups and investors to establish contacts that will benefit the whole ecosystem of Finnish startups,” Vikkula says. “This is one of the ways we can measure how well we do our job.”

Asked about Slush’s focus now and in the future, she says, “The main thing is to provide solutions to startup entrepreneur’s daily challenges, such as recruiting the best talent or how to get later-stage funding.” The latter has proven to be one of the most demanding steps for startups as they aim for growth, and will receive additional attention as Slush moves into its second decade.

The medicine world needs great data, and Finland’s got it
Business & innovationHealth

The medicine world needs great data, and Finland’s got it

We plunge into Finland’s extensive network of biobanks and research centres.