Catching a breath of fresh air: Naava cofounder and CEO Aki Soudunsaari samples the atmosphere beside one of the company’s smart green walls, which help purify indoor air.

Today people spend the majority of their lives indoors, where air contains unnatural impurities like hydrocarbons, solvents and other chemicals, as well as domestic dust.

“I’m originally from Finnish Lapland, where we have the cleanest air in Europe, and when working earlier as a health science and physical education teacher, I noticed my own health and breathing were much better whenever I worked outdoors,” says Aki Soudunsaari, cofounder and CEO of Naava. Based in the central Finnish city of Jyväskylä, the firm produces smart green walls with names such as Naava Twin and Naava Designer. “We realised we needed to find ways to create healthier indoor environments by bringing natural forest air inside.”

Naava’s smart green walls consist of dozens of small plant pots filled with a gritty substrate, clipped to a movable wall with a water tank in its base. Other companies produce green walls of plants, but Naava’s walls have additional active features that enhance the air-purifying power of their jungle plants, including automatic air fans, LED lighting and watering systems – all remotely adjustable via integrated mobile devices. The product won a coveted Fennia Design Prize in 2017.

Back to the roots 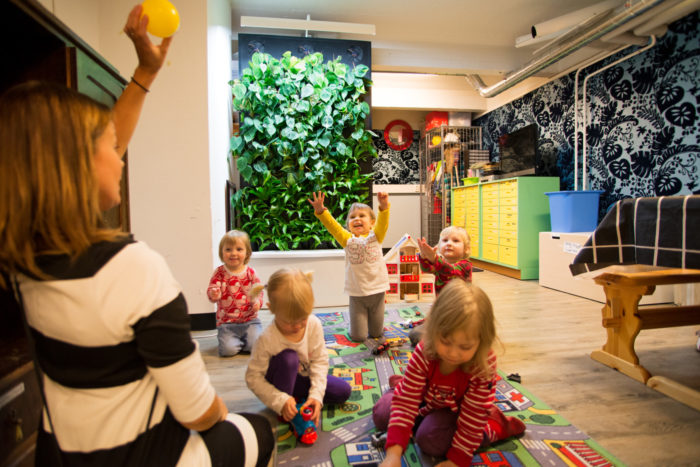 A green wall in a daycare in central Finland helps keep the air fresh for young lungs.Photo: Jussi Kämäräinen/ Naava

“The secret is in the way our walls actively feed moist air through the plants’ roots, which are rich in natural microbes that purify the air,” says Soudunsaari. Tests have shown that more than half of the harmful chemicals in the air are absorbed each time it passes through the wall. The plants get all the nutrients they need from the air and water – and naturally convert carbon dioxide to oxygen – while cheerfully greening up indoor environments.

“This all makes our green walls highly functional, as well as aesthetic,” says Soudunsaari. “Our servicing staff visit walls about once a month to trim plants and add nutrients to the water, so all our customers need to do is breathe in the fresh air.

“In extensive independent surveys users have widely reported that their green walls have reduced indoor air quality problems such as dryness, stuffiness and related symptoms like coughs.” 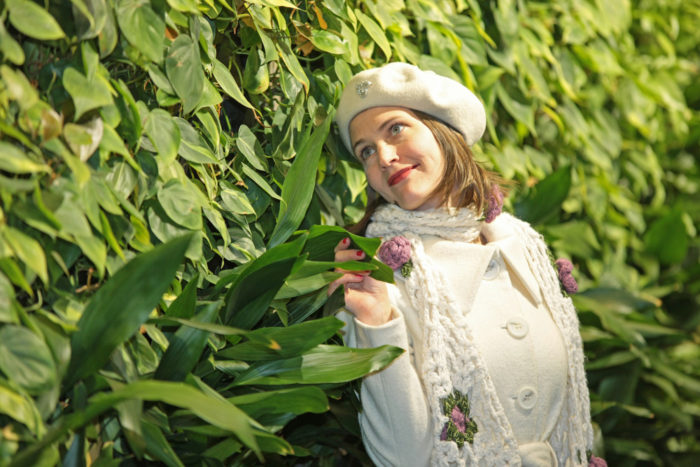 Both functional and aesthetic, a green wall can make a room more liveable while making the air more breathable.Photo: Hernan Patiño

Tiina Vaitomaa runs a wellbeing pharmacy offering a wide range of treatments, medicines and health products in Helsinki’s busy Hakaniemi district. She realised that green walls would be an ideal addition to her pharmacy’s small wellness bar, where customers are encouraged to linger and read health pamphlets while enjoying a smoothie or a cup of organic butter coffee.

“Our wellness bar is part of our holistic way of looking after customers’ physical and mental well-being,” she says. “Since fitting two green walls, we’ve noticed the air feels fresher and moister, and there’s less dust. It’s like bringing a forest climate inside to make a nice place for people to sit and relax – especially in winter!”

After creating this popular oasis, Vaitomaa bought two more smart green walls for her own living room and bedroom. “They’ve helped me a lot with my dust allergy, blocked nose and eye irritation problems,” she says. 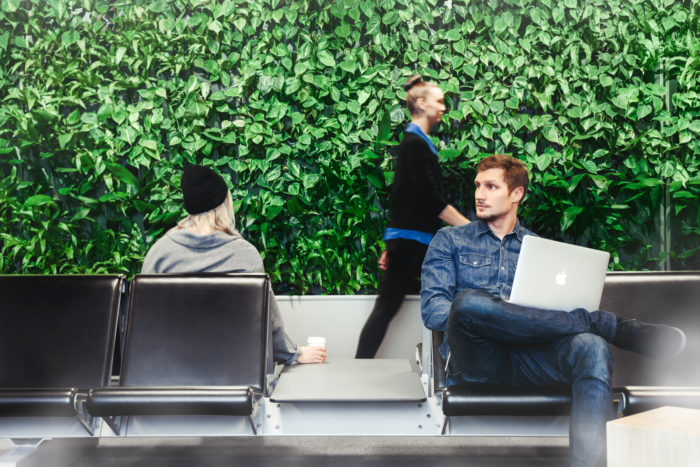 At Helsinki Airport, a great green wall greets travellers in one of the waiting areas.Photo: Jan Lönnberg/ Naava

About 1,200 smart walls are already refreshing homes and workplaces around Finland. In April 2017 Naava opened a new “gigafactory” in New Jersey, targeting American markets. “There are clear global trends towards biophilic design and health-enhancing buildings,” says Soudunsaaari. “We envisage receptive markets for smart green walls in countries like the US – and later also Asian markets like China.

“In a way, we’re responding to global megatrends which go against millions of years of human evolution, like urbanisation and increasing alienation from nature. Our mission is to reconnect people with nature, exporting Finland’s strong tradition of clean air as a natural right for everyone.”

Eliminating waste in a circular economy