In SmartKid Maths, the teacher is an owl (centre), the pupils are mice (left) and they try to defeat the “not-so-cool cats.”

Finnish technological expertise and flair for mobile gaming unite with the country’s excellence in education to form a winning combination. We look at examples by SkillPixels and 10monkeys, as well as something different from Angry Birds.

“PISA tourism” represents one of Finland’s attractions, but it has nothing to do with leaning Italian towers. The country’s repeated high ratings in the Programme for International Student Assessment (PISA) since it began in 2000 have initiated visits by policymakers and education professionals from all over the world, keen to discover the secrets of Finland’s educational success.

At the same time, Finland has become a hub of the computer and mobile gaming world, led by Rovio’s phenomenally popular Angry Birds, not to mention Supercell’s runaway hit Clash of Clans.

Now expertise in education and gaming is combining in an exportable commodity that utilises technology and pedagogical ability in a variety of ways that make learning fun, especially for younger children. Several ventures receive support from the Future Learning Finland programme, which is in turn nurtured by Finpro, the national trade and investment organisation. This new export cluster has been earning a growing list of international contracts. 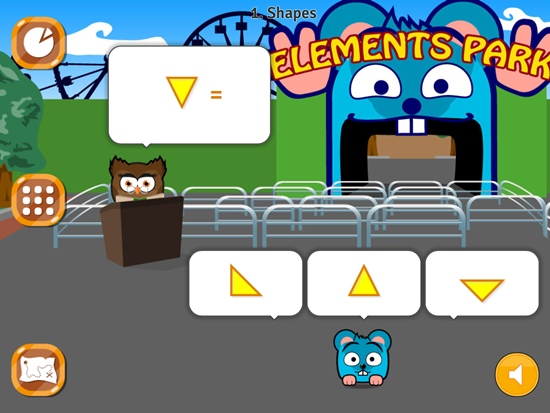 In SkillPixels’ SmartKid Maths, an owl asks questions and the player helps a mouse pick the answer.iPad screenshot

“I think that when Finnish traditions in education and game design are combined, the result is one of the most competitive combinations imaginable,” says Harri Ketamo, founder of SkillPixels, whose Math Elements (now renamed SmartKid Maths) earned the title of Best Digital Educational Game 2013 from the Finnish eLearning Centre.

“When starting out as a young teacher in the late 1990s, I recognised that when two children are teaching each other, both children learn,” says Ketamo. “The only downside is that sometimes children pass the wrong information to each other. So when they can teach their virtual pet game characters, the children learn.

“If the game character receives the wrong information, no harm is done. In fact, such cases can be used as data for detailed learning analytics.”

In its studies, SkillPixels has demonstrated a learning improvement of more than 50 percent in specific topics as a result of just two hours of gameplay. “Of course we are also interested in the motivational dimensions of educational gameplay,” adds Ketamo.

SkillPixels’ approach is based on scientific conceptual learning theories, and it can be applied to any subject: “In addition to SmartKid Maths, we have prototypes for physics, chemistry, geography, biology and languages.”

Better use of high tech 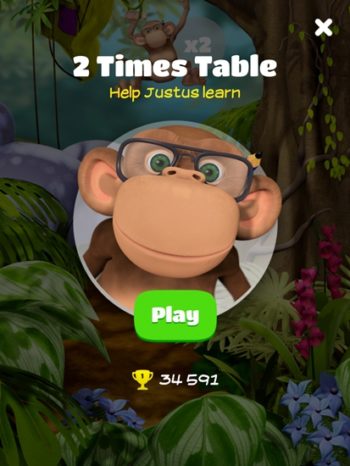 In this 10monkeys app, the player helps the apes by solving a barrage of multiplication problems. iPad screenshot

Mathematics is also the subject of choice for 10monkeys, which has just launched a Spanish-language version of its online learning tool. “One of our team members, Lisen Häggblom, a PhD in mathematics didactics, has been making maths textbooks for children for two decades, and she’d felt for a long time that new technology wasn’t being used well enough in primary schools,” explains managing director Katri Björklund.

“This inspired us to create a fun and easy-to-use maths learning and teaching tool that would be very easy for teachers to use alongside traditional materials.”

10monkeys products, says Björklund, are developed together with teachers and students so that their needs can be answered effectively: “We started by focusing on the most fundamental topics in basic arithmetic – addition, subtraction, division and multiplication. More topics will be added in the future.”

Like SkillPixels, 10monkeys has taken a well-informed and methodical approach to its product development, seeking more than just fast-buck gimmickry. “From the very beginning we have worked closely with top universities to research the usability and effectiveness of 10monkeys,” says Björklund.

“The most significant impact is the increasing motivation and support for individualised learning. 10monkeys is a personal practice tool for early learners. It lets the children learn at their own pace and motivates with features like stars and badges.”

Learning should be fun 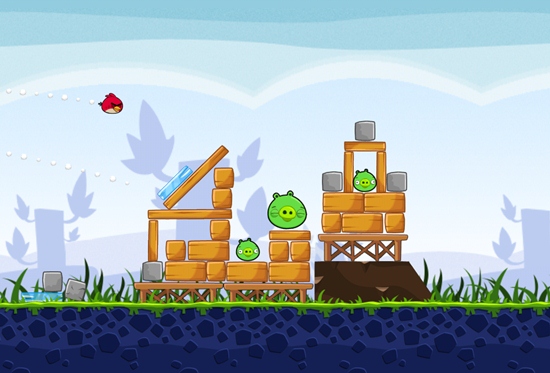 Taking off from the onscreen popularity of Angry Birds, Rovio has developed an education concept that extends to the physical kindergarten environment. iPad screenshot

The highest-profile game to have winged its way from Finland, of course, is Angry Birds, which in autumn 2013 also launched something called Angry Birds Playground in China – it’s a “kindergarten concept based on the idea of fun learning combined with Finnish educational expertise.”

“The observation that the world of Angry Birds and its characters activate people led our team to think about how this motivation could be used to promote fun learning experiences,” says Sanna Lukander, vice president of entertainment company Rovio, the Finnish “nest” of Angry Birds.

“The observation that the world of Angry Birds and its characters activate people led our team to think about how this motivation could be used to promote fun learning experiences,” says Sanna Lukander, vice president of entertainment company Rovio, the Finnish “nest” of Angry Birds.

“The concept consists of teacher training, an inspiring environment and learning products where fun and play are core,” she continues. “Rovio works together with the University of Helsinki CICERO Learning Network as a research partner, and with the teacher education department involved in the teacher training. And there is a lot of interest in the programme coming from different parts of the world.”

’Twas the night before PISA in Finland
Life & societyEducation

’Twas the night before PISA in Finland

Finnish kids don’t like homework any more than anyone else. But their education has something most countries’ schools lack.