Kapu Forest found an audience immediately upon its release, with a collection of forest friends who entertain and educate children.

Companies in Finland, the country where Angry Birds, Clash of Clans and Hay Day were invented, are showing that they know how to make apps that grab the attention of young kids and even win their parents over.

Sleek and functional, a small toy train made of wood weaves a loop next to the desktop of Tommy Incrosnatu, CEO of Helsinki’s Kapu Toys. This train set, much loved by Finnish children, represents to Incrosnatu a standard of quality and design that all of his company’s digital products are measured against.

Kapu’s main focus is the burgeoning child app market, offering youngsters a digital toy box of various delights. Their first app, Kapu Forest, found an audience immediately upon its release in mid-2012, with its collection of forest friends going on to entertain and educate children locally and also in such far-flung regions as China, Uganda and Brazil. 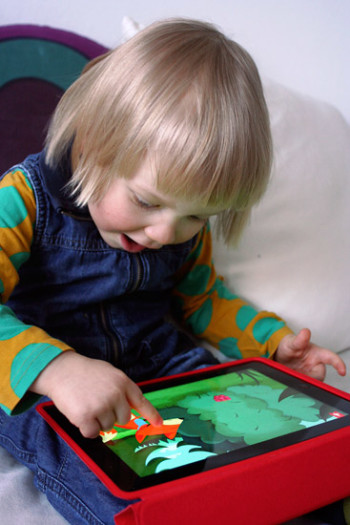 Kapu Toys’ apps make kids use their brains while they play.Photo: Leena Karppinen

“The idea was to do something good for a change,” explains Kapu’s Tuomas Vanamo, the sole father in the four-member crew. “We were each working in advertising for over ten years, and decided to do something different.”

To these guys, doing something positive for society involves improving the wellbeing of children, and also of their sleep-deprived parents. Utilising jazz music for their apps may be one method for this – a far cry from the grating jingles often associated with children’s playtime. However, it is the subtle presence of learning that forms the core of what Kapu is trying to achieve.

“It’s easy to put your child in front of the TV while you make dinner,” Vanamo continues. “But, when playing one of our games, kids are actually doing something with their brain at the same time.”

This approach saw the Kapu crew release their second app towards the end of 2012. Kapu Tickle encourages children to take photographs of their surroundings; the pictures are eventually incorporated into scenes featuring a range of 1950s-era cartoon characters.

“It automatically makes your kid interact with their environment and other people,” says Hannu Koho, Kapu’s lead programmer. “There are all sorts of apps that are strictly about getting to know ABCs, 123s and things like that. In our games the learning comes accidentally, in a way.” 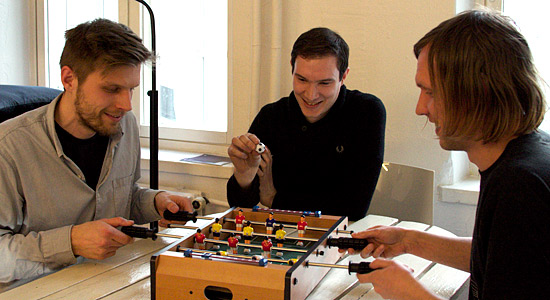 One local company that is tailoring its focus to more direct learning is that of Whopping Apps.

“Whopping ABCs with Animals shows beautiful photos of different kind of animals for every letter of the alphabet, each of which is also spoken,” explains Whopping Apps’ Mikko Töykkälä. “It also has seamless Wikipedia integration, so parents can easily check relevant info about the animals.”

Töykkälä’s portfolio of apps also includes eight simple photo and video books for the one-plus age group, exploring the joys of trains and diggers. With over 500,000 downloads worldwide, it seems that this one-time hobby is now turning into a whopping business.

Peliporkkana (“Game Carrot”) is another Finnish app developer aiming itself at children, with the likes of Tohtori Molekyyli (“Doctor Molecule”).

“My apps are designed to support children’s learning – or what’s being taught in school, to be more exact,” explains Peliporkkana’s Markus Kuuranta. “I also like to think that my games may reach some children who otherwise wouldn’t be interested in the subject being taught, or in traditional teaching methods.” Currently only available in Finnish, Kuuranta has plans for English versions of his apps. His timing for expansion couldn’t be better, as Kapu’s Koho points out.

“When we started in 2011 there were maybe three companies who were solely doing children’s games. Now the US App Store has around eight games for kids in the top 25.”