When the dark months are here, we really need some illumination to light up Helsinki and our minds, too.

Here's some eye candy for you! Candy House by Sun Effects formed one of the Lux Helsinki 2016 light installations.

It is not uncommon for temperatures in January to dip below minus 20 degrees Celsius, yet this doesn’t stop the crowds from turning out for the annual Light Festival Lux Helsinki. The idea is to brighten up the city streets at the darkest time of the year, with light installations transforming the parks and façades of familiar landmarks.

Visitors this year can follow a “trail of light” that includes buildings, monuments and courtyards around Kruununhaka, the neighbourhood where Senate Square and Helsinki Cathedral are located, and in the downtown core. The concept has evolved over its more than two decades of existence to embrace side events, including panel discussions on light and art, street food, and sound and light performances. Lux Helsinki installations can be viewed in 2022 from January 5 to 9.

Candy House by Sun Effects marks the beginning of the Lux Helsinki ‘trail’, adding spectacular and frivolous colour to the historic façade of the Ateneum Art Museum. Photo: Tim Bird 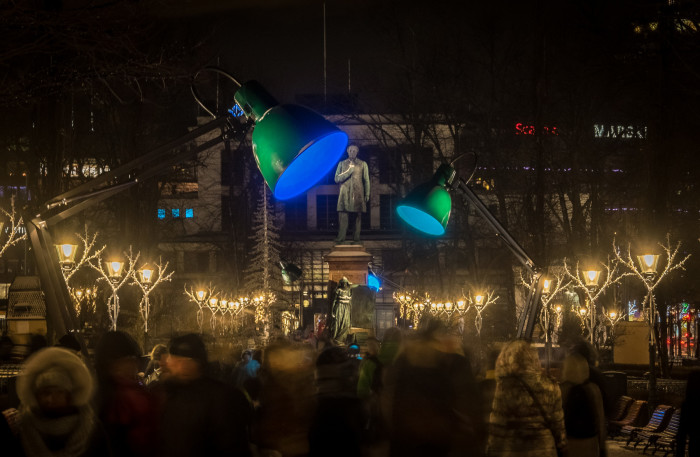 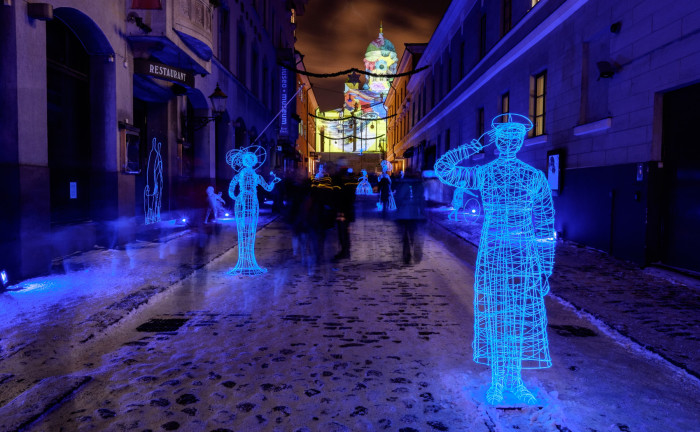 “They were there,” by Alexander Reichstein, is a ghostly procession of historical figures along Sofiankatu. Photo: Tim Bird 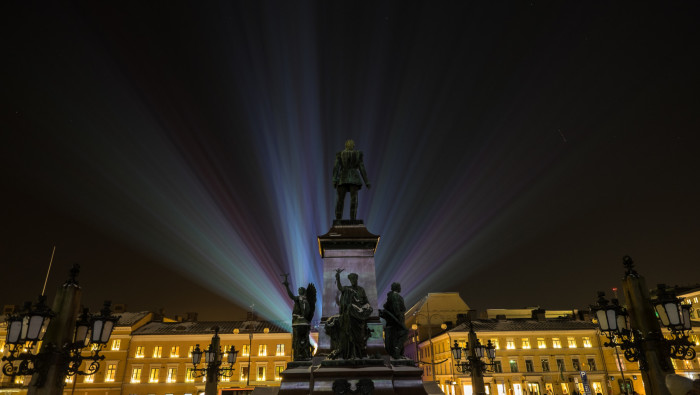 During Lux Helsinki the sun is up approximately 6.5 hours per day so some extra light is needed. Photo: Tim Bird 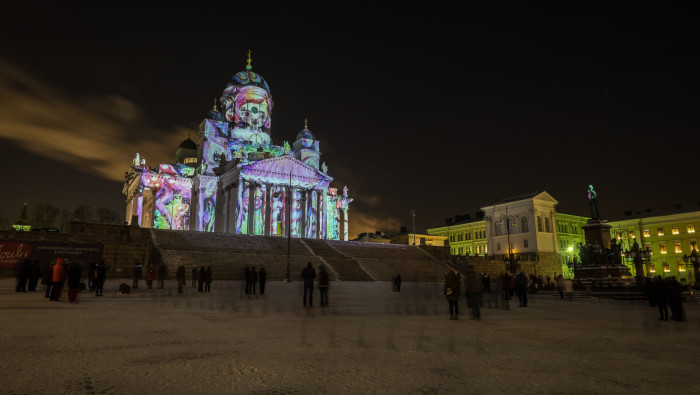 Ilon kuvia (Images of Joy) is an interpretation of joy by eight different artists. The work is a shifting projection onto the surface of the Cathedral. Photo: Tim Bird 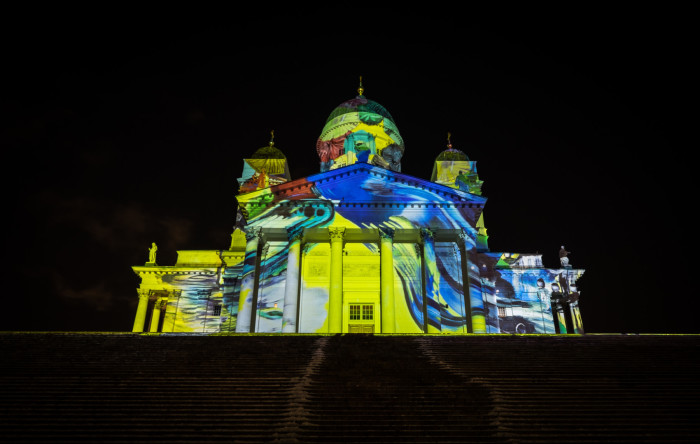 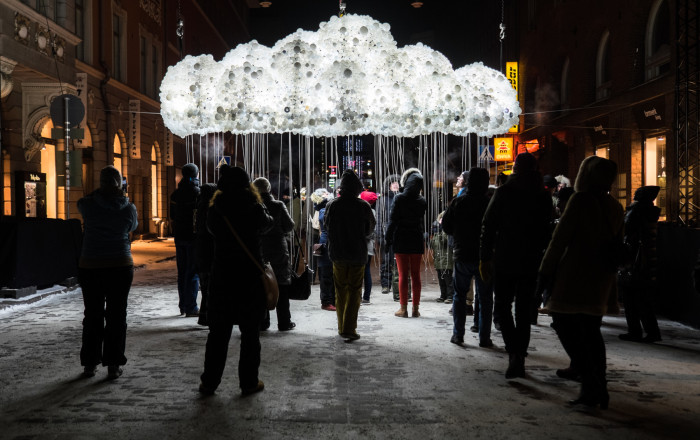 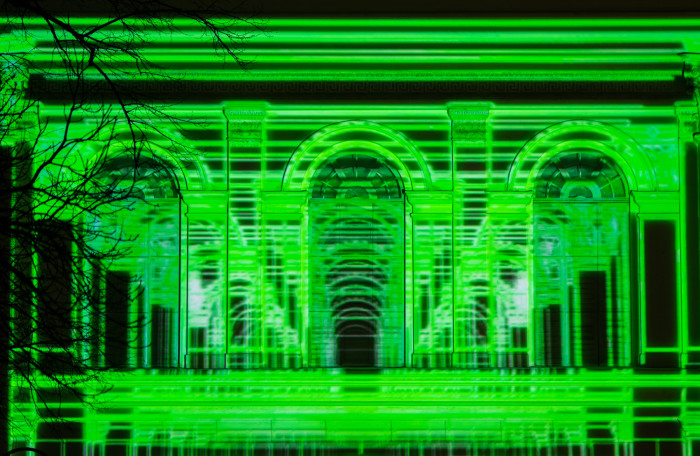 Shader’s Megamap stops walkers in their tracks on the side of the Helsinki Cathedral Bell Tower.  Photo: Tim Bird 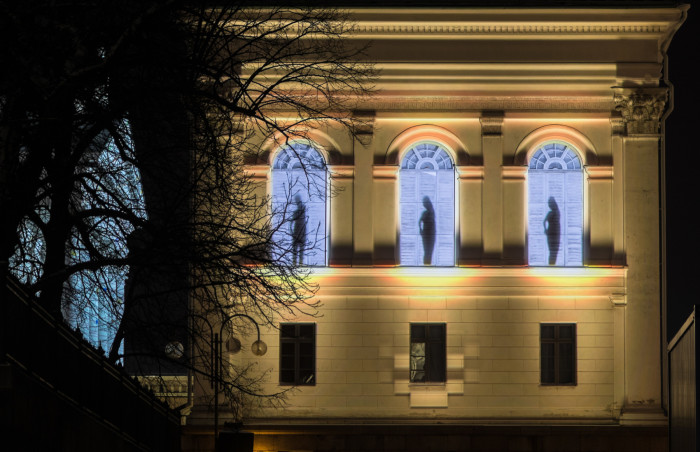 Megamap opens the viewer's senses and stimulates the imagination, showing what lies beneath the surface of familiar things. The piece can be viewed without a break and will last seven minutes. Photo: Tim Bird 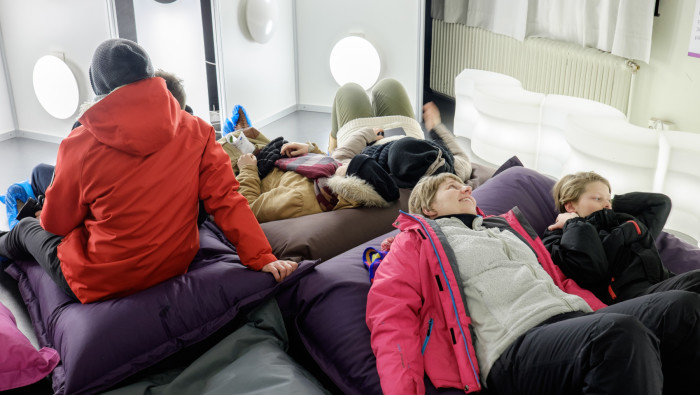 Light therapy to combat the “kaamos,” or polar winter, is available in Annantalo.  Photo: Tim Bird 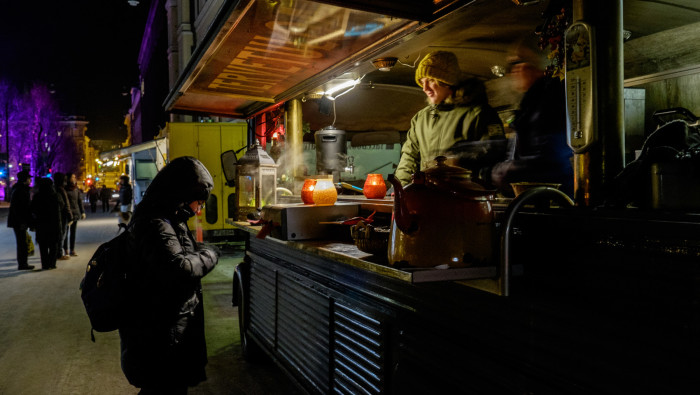 Lux Helsinki has grown into more than just a light show, and visitors are catered for along the route by street food vendors. Photo: Tim Bird 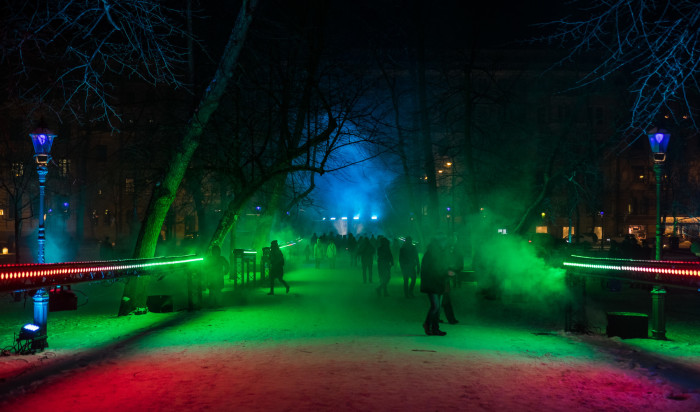 The Old Church Park in Bulevardi is transformed into a Lantern Park and Color Park by various artists. Photo: Tim Bird

Let there be light in wintery Helsinki
Life & societySlideshows