During Lux Helsinki, light installations pop up all over the Finnish capital, brightening up the winter.

Lux Helsinki’s urban light installations illuminate the dark of winter each January. Our photographers take to the streets and return with a colourful slideshow.

In 2014, Finnish artists were joined by colleagues from France and Germany for a total of 12 different installations that lit up the city in early January, including one indoor light-art exhibition. The annual event attracted more than 150,000 tourists and Helsinkians to explore the city from new points of view despite the cold weather.

Lux Helsinki: Colour in the capital 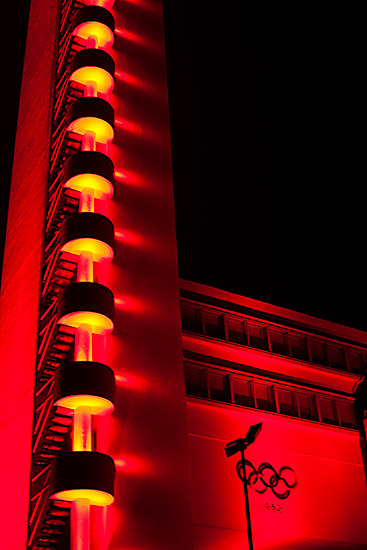 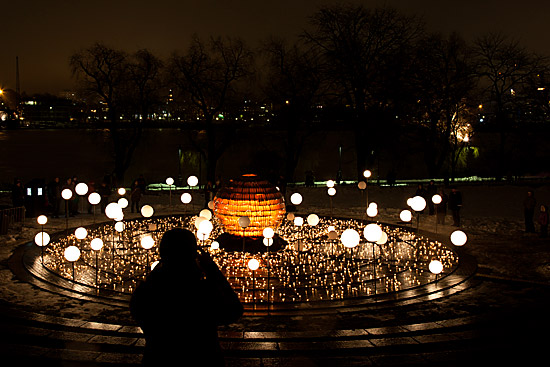 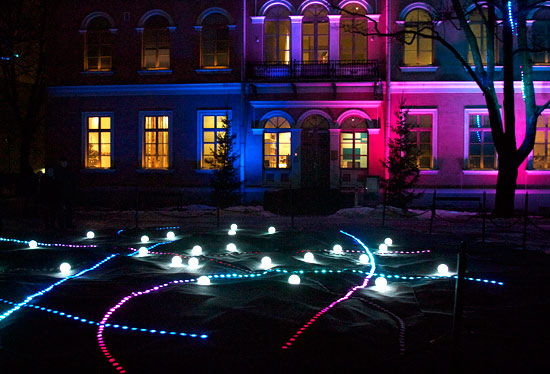 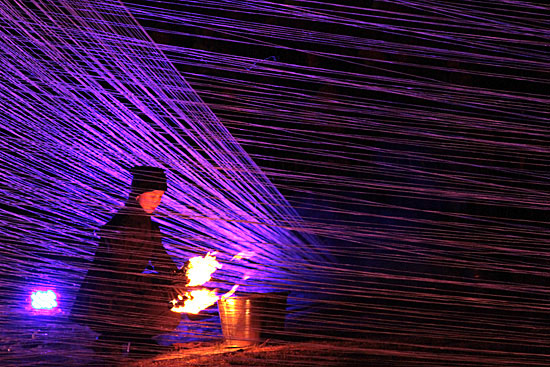 A member of Fire Troupe Etna kindles torches for the performance “Disk,” in which the central idea is the interaction between fire and light. Photo: Leena Karppinen 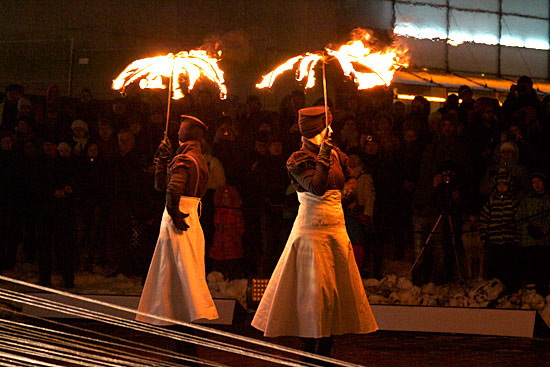 In one of the four episodes of “Disk,” performers from Fire Troupe Etna protect themselves from the rain with burning umbrellas. Photo: Leena Karppinen 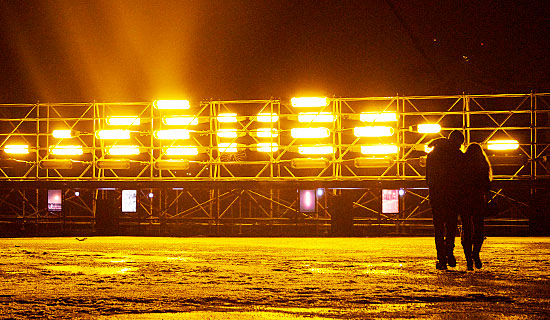 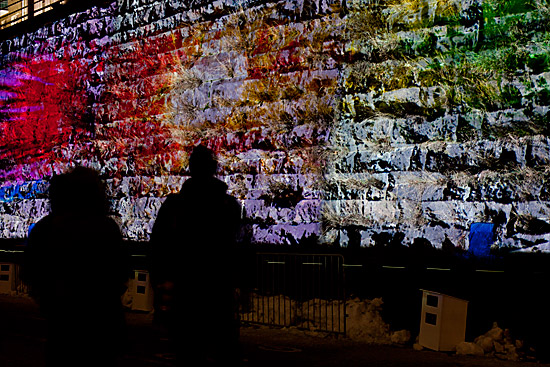 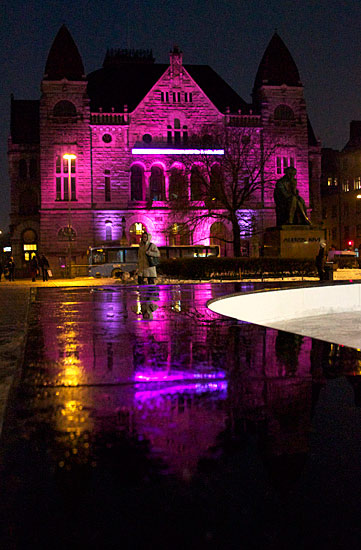 The Finnish National Theatre was the first public building to be turned pink by Ainu Palmu’s “Pink Caravan.” Each day during Lux Helsinki, a different landmark building got a new, pink facade. Photo: Leena Karppinen 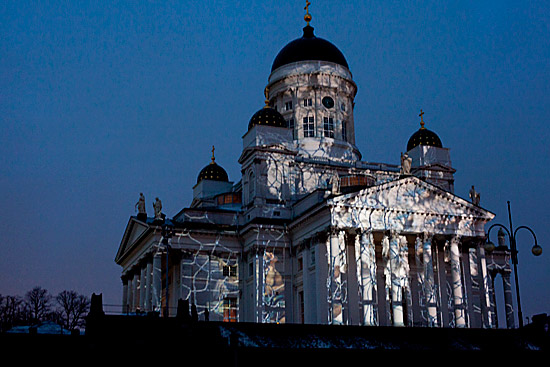 German artists Sabine Weissinger and Freidrich Förster team up as Casa Magica. Their sound and video projection “Emergence” is inspired by the sea. Photo: Susanna Alatalo 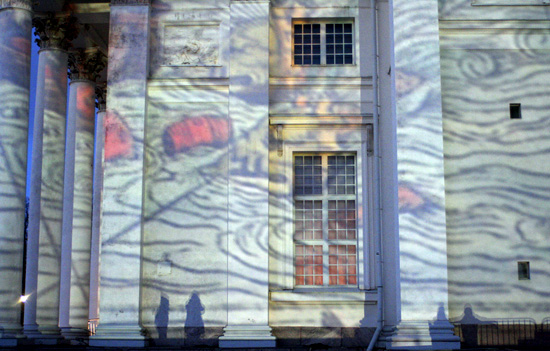 The video projection “Emergence” presents Helsinki Cathedral as a mythological object between the sea and the sky. Photo: Leena Karppinen 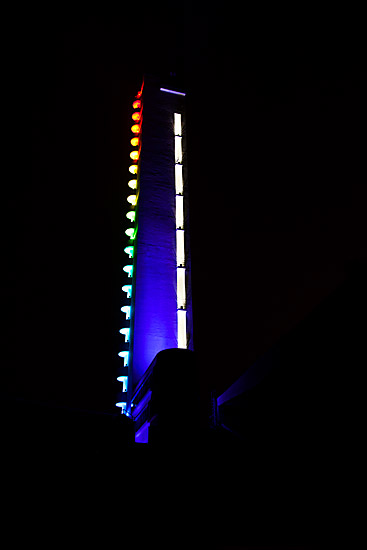 Jukka Huitila’s “Variant Spectrum 2” represents the colour spectrum of coal on the side of the Olympic Stadium tower. Photo: Susanna Alatalo