Generation takes place in 2020 for the second time (until August 23). Previously held in 2017 at the Amos Anderson Museum, the exhibition reaches a much larger scale in its present incarnation.

The museum itself moved into extensive new premises in 2018 and became Amos Rex. Several of its shows have caused queues that stretched down the street and around the corner. The artists featured in Generation 2020 come from a variety of backgrounds and delve into current issues using an assortment of techniques. The jury received and reviewed a total of more than 1,600 applications; slightly more than 80 artists made the cut. 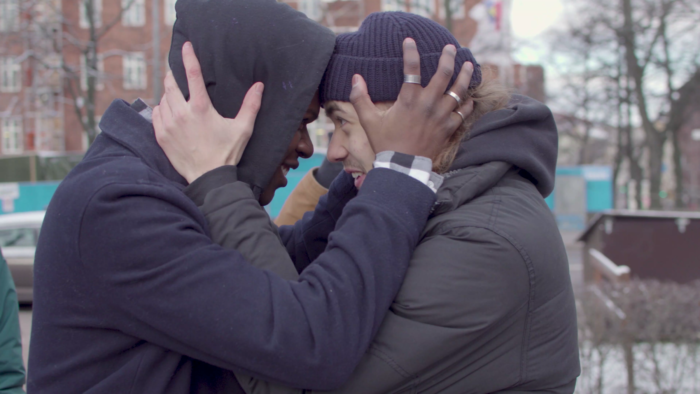 Riku Koponen’s video is entitled About no one in particular.Photo: Still picture from video/Amos Rex

“We now have a very extensive overview of what young artists in Finland are currently doing,” says curator Anastasia Isakova. “Youngsters make up Amos Rex’s main target audience. Generation is a great example of also providing them with a great opportunity to get their voice across and even be included in the exhibition programme.”

Generation 2020 forms a meeting place for artists as well as their works, which touch upon a range of similar subjects from entirely different angles.

Several discernible themes run throughout the exhibition: climate change, shifting identities and people’s relation to technology. “These are some of the central themes of our millennium and the new decade,” says Isakova.

One last party for plastic 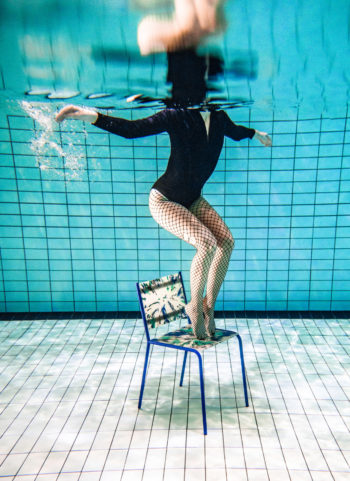 With a chair and other furniture made from recycled plastic cups, Venla Huhtinen’s Baltic Sea Afterparty is a comment on plastic making its way into the ocean.Photo: Daniel Ahola

Furniture designer Venla Huhtinen, one of the artists in Generation 2020, creates unique furnishings that navigate between art and design. Her work, The Baltic Sea Afterparty, forms an experimental statement about the Baltic Sea and its uninvited plastic burden.

The art consists of three pieces of furniture made from plastic cups that Huhtinen gathered at parties and festivals she attended.

The idea behind the work is to approach something negative from a positive angle, Huhtinen says. “I personally feel that preaching is not a good path to take during our time of climate anxiety,” Huhtinen says. She would rather “turn it around into something positive.” Her work throws a final party for the plastic cups. “I’ve sort of given them a nice new life, so to speak.” 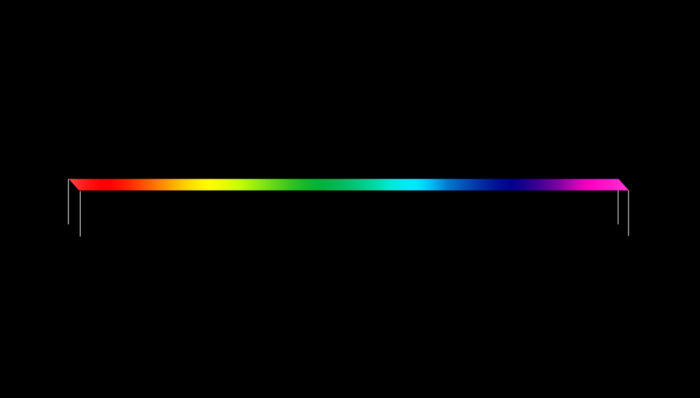 A preliminary sketch of Timeline, by Emil Fihlman, attempts to compress the universe into a single line.Photo: Emil Fihlman/Amos Rex

Emil Fihlman, an IT student at Aalto University, plays upon the connections people can make with technology, and the possibilities yet to be realised. Art is both a by-product and a deliberate result of Fihlman’s work with technology.

Fihlman wants his piece to encourage everyone to make art, especially the kind that involves technology. This is far from difficult, he believes. “Light art, sound art, kinetic art, art that plays with the senses, both together and separately – technology enables so much that it is difficult to conceive of all the ways it can be used for creating art,” he says.

Fihlman’s technological artwork Timeline is a small story on the passing of time. In it, the universe is compressed into a single line, creating something that he hopes the viewer will find interesting. “It is a one-dimensional piece with a beginning and end,” Fihlman says. “Yet by remembering the past, you can also see a wider view of systems from a narrow space.” 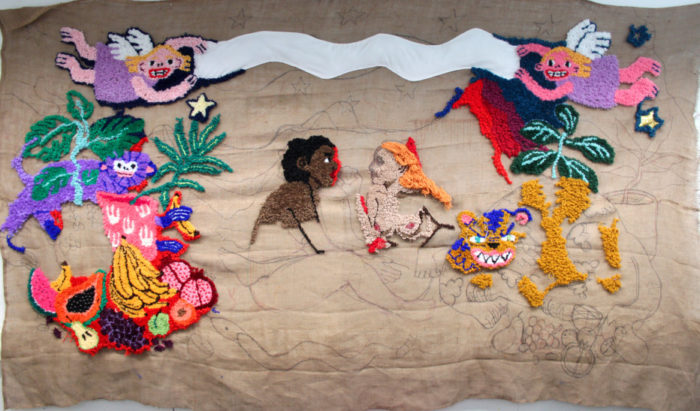 Time is ever-present in Generation 2020. Many of the works examine the traditions of art history and collective memory through current meanings. Gender identity is also a prominent theme.

Anna-Karoliina Vainio’s piece is a world of its own. In a three-metre tapestry-like artwork made using a traditional Finnish weaving method called ryijy, Vainio combines venerable handicraft techniques with today’s imagery. The piece, called Love is both Honey and Venom, captures a colourful world where two lovers can exist without judgement, surrounded by protection and love.

“It’s wonderful to feel like I’m part of a centuries-old female tradition, whilst entirely owning what I want to express through this technique,” says Vainio. “So often the media, especially films and TV shows, depict LGBTQ+ subjects in a sad or tragic light. I wanted to provide my characters with their own, peaceful paradise.”

In the forests of Finland, autumn is mushroom-picking season. Artist and photographer Saara Alhopuro is using her harvest to create colour-saturated, transient artworks.