During Helsinki Design Week, Hannes Aleksi (left) and Antia Sanchez referenced elements of science as well as origin myths from the Kalevala, Finland’s national epic, in their outdoor work “Time of Miracles.”

On a damp, chilly Saturday in September, four friends gathered for the harvest at an allotment garden in Helsinki. Then came a surprise.

“We’d been working together in Antti and Hanne’s garden,” says Maarit Kytöharju. “Suddenly Markus Hohti appeared with his cello and played us a piece by Andy Akiho. The moment was perfect.” 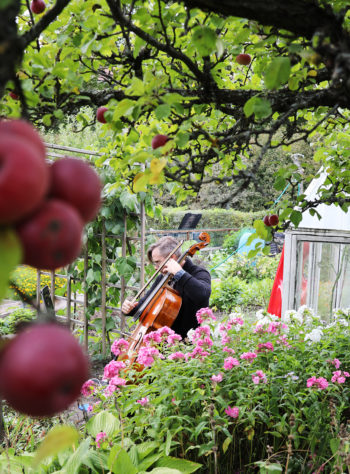 She had secretly arranged the visit through the Helsinki Festival’s Art Gifts, which brought intimate, free performances to city residents’ gardens and courtyards at the request of friends or family. The pop-up performances ranged from poetry readings to circus antics, and were a surprise to both donors and recipients.

“It was fabulous that we were given an opportunity to experience a live concert, our first in two years,” says Antti Selkokari.

Hohti is a member of the contemporary music group defunensemble, who were scheduled to play in the Helsinki Festival, Finland’s biggest annual cultural event. Nearly all of the two-week festival’s concerts had to be cancelled on short notice due to new restrictions after a brief wave of new Covid infections in early August (that number receded again in the subsequent weeks). 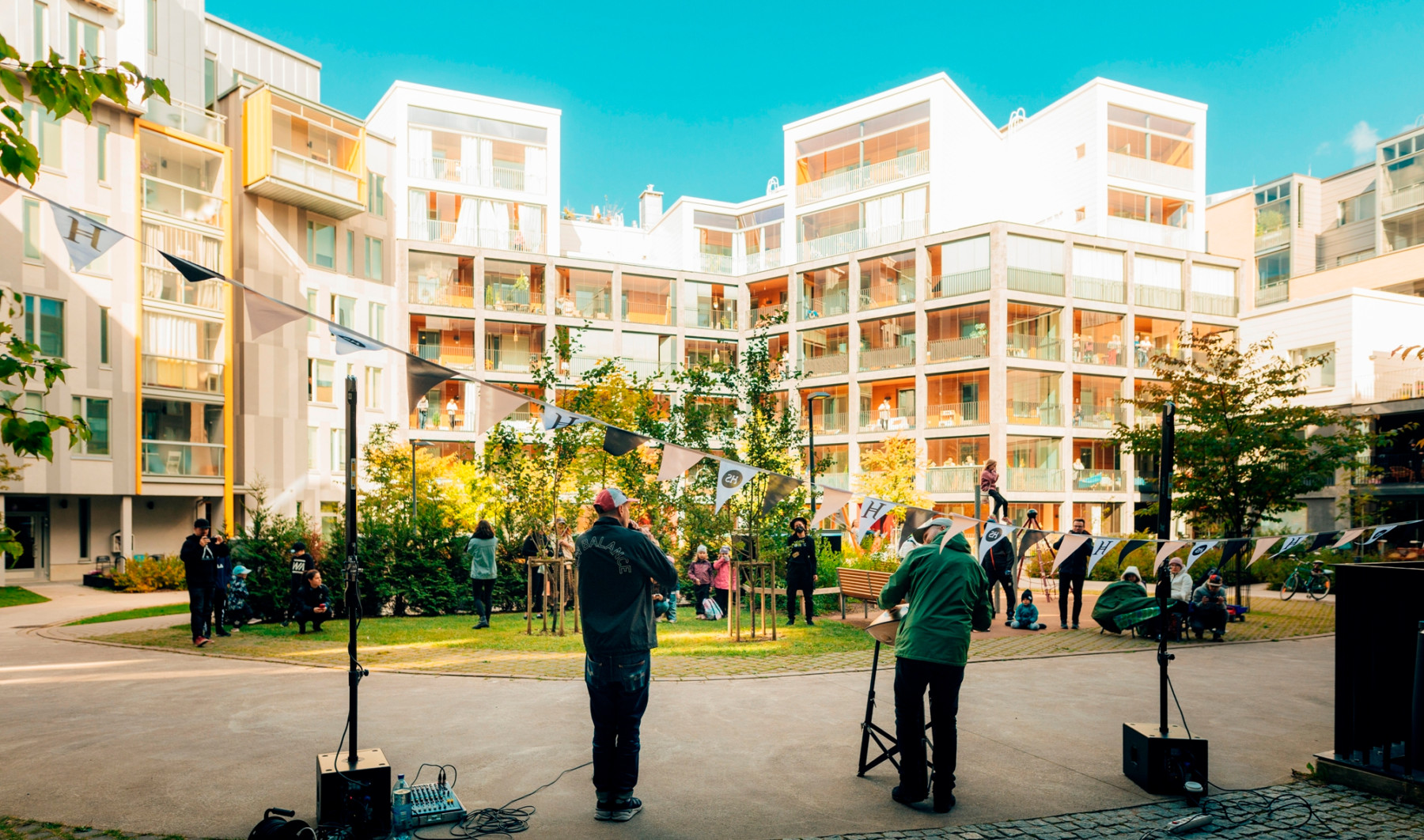 People are in the courtyard and on their balconies listening to Lauri Wuolio (right) play a Helsinki Festival Block Concert together with beatboxer Felix Zenger.Photo: Petri Anttila/Helsinki Festival

The multigenre festival went ahead with those offerings that could be arranged safely – including about 1,000 Art Gifts and 50 Block Concerts for limited groups of neighbours.

Under the name Kumea Sound, Lauri Wuolio plays a round, melodic, metal instrument known as a cupola or handpan. He calls the Art Gifts “a really rewarding experience.”

Wuolio performed 15 of them, travelling more than 100 kilometres (60 miles) by bike with 15 kilos (30 pounds) of equipment. “It poured rain two out of the three days, so it was a good workout!” he says with a grin.

“After so long, it felt special to be able to play to someone who was actually there in the same space, reacting in real time. I chose the songs on the spot depending on the surroundings.” 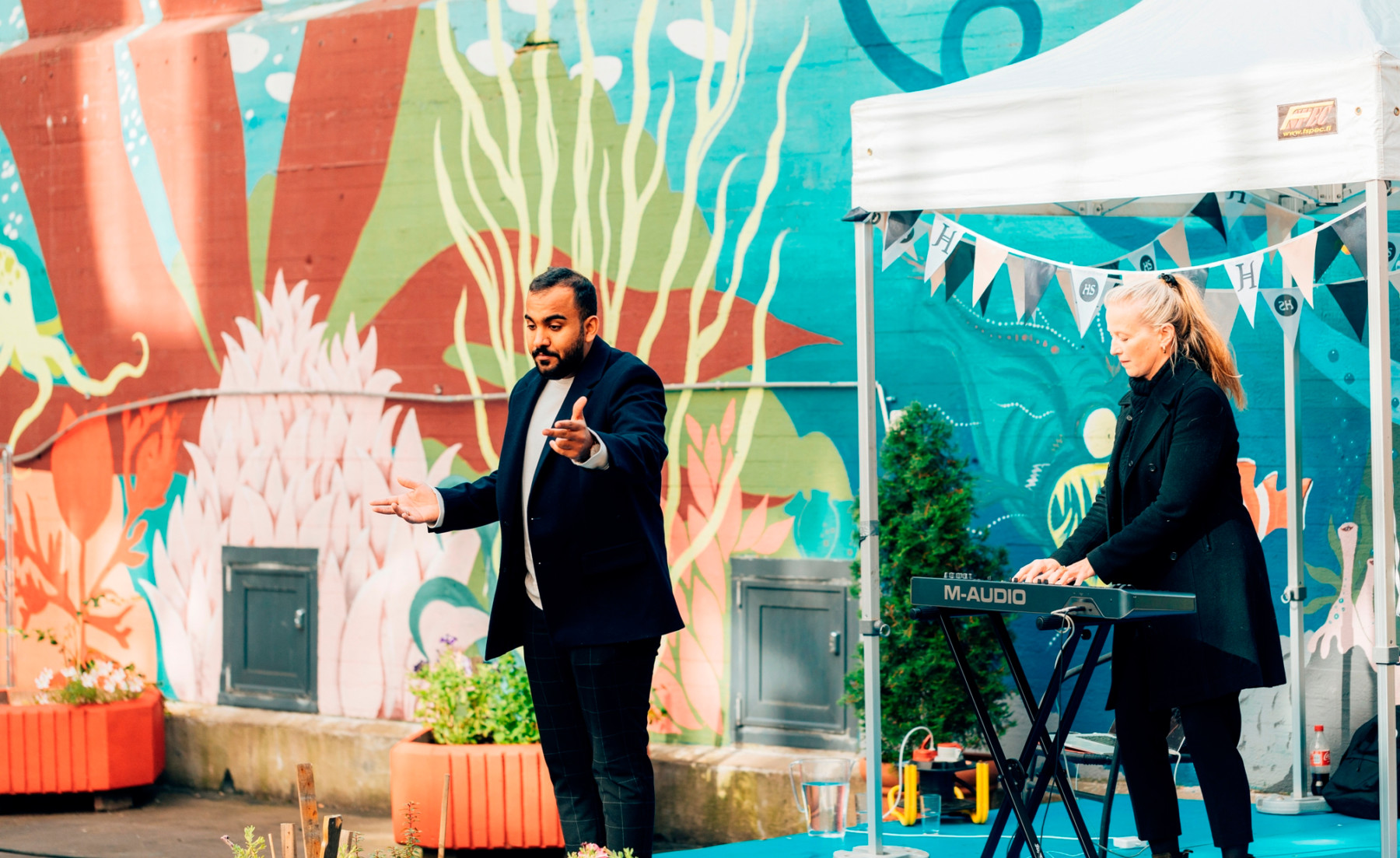 “Those were very different, as a lot of kids came to watch,” says Wuolio. “It was beautiful to see people emerge from their homes after a long period without concerts, and suddenly be out on their balconies and courtyards, listening, laughing and dancing.”

“These were simply genius ideas for the strange times we’re experiencing as artists and cultural consumers,” she says. “It was a unique experience to surprise people and see how such a short moment brought joy and happiness for all of us present.” 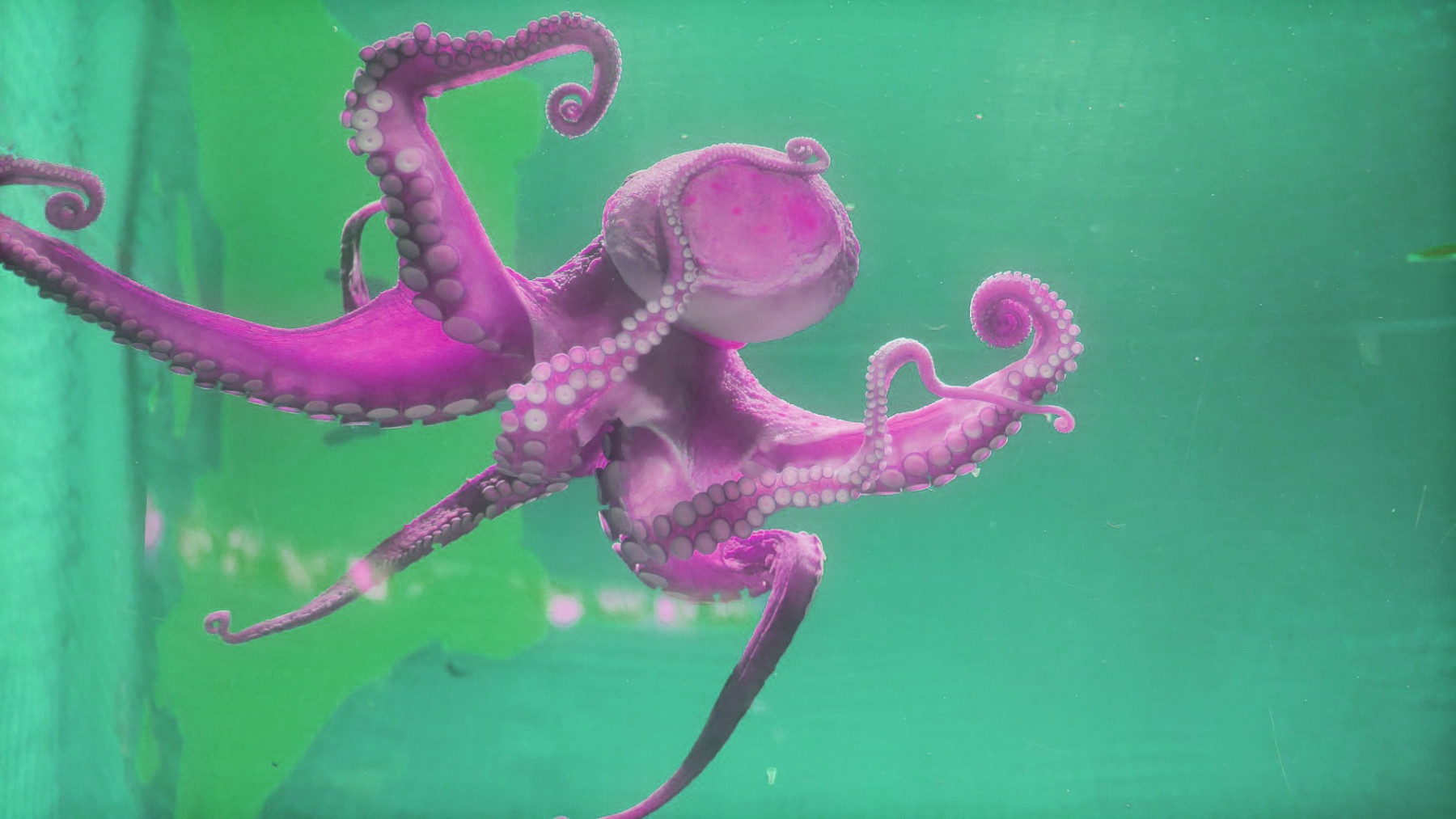 Other Helsinki Festival offerings that went ahead despite the corona restrictions were Coming to Our Senses, which brought inspiring videos, performance art and sculpture to the galleries of Kunsthalle Helsinki, and a mesmerising sound-and-vision installation by Brian Eno at Helsinki Music Centre.

“Though it was frustrating that our programme couldn’t proceed in full, we were able to bring art closer to Helsinkians with the Art Gifts and courtyard concerts all over the city,” says the festival’s artistic director, Marko Ahtisaari. “It’s essential that audiences can once again experience art together and that artists can do meaningful work.”

Where design is going 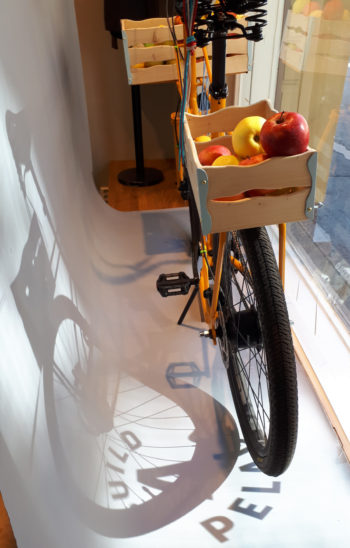 Facing similar challenges in the weeks just after the festival was another urban rite of autumn, Helsinki Design Week, which had to cancel its main venue and many exhibitions.

Those that went ahead included a display of imaginative custom-designed bikes at the Pelago Bicycles shop in the Design District, and a participatory urban art project in Old Church Park called Where are you going to?, where passers-by were invited to create arrows showing the direction they were heading in. 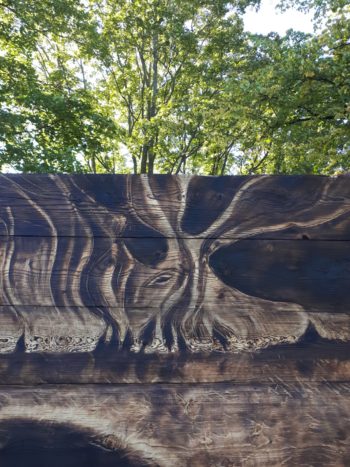 In another park, behind the National Museum, was Time of Miracles by the Finnish-Spanish duo Hannes Aleksi and Antia Sanchez, a large installation inspired by the Kalevala, Finland’s national epic. The wooden structure and its evocative aromas of pine tar invited the young at heart to clamber inside and marvel at seemingly ancient images of hunting and forest spirits.

“Naturally, the pandemic had a huge impact,” says Helsinki Design Week CEO Kari Korkman. “Some of the content could be turned into digital form through our Helsinki Design Weekly media platform. I’m sure the pandemic has accelerated progress towards online interaction, but it still doesn’t match the effectiveness of physical encounters. Let’s hope we’re back up close and personal next year.”