Finnish Culture Day (Feb 28): The national instrument, the kantele, gets louder and even a bit angry (yes, as in birds).

Hannu Koistinen (left) and his son Anttu form the second and third generations in a family business devoted to the Finnish national instrument, the kantele. These days there are electric kanteles and even Angry Birds kanteles.

The Finnish national instrument, the kantele, has a tranquil, serene reputation. That’s changing as the kantele becomes louder, more versatile – and even a bit angry (yes, like Angry Birds). In addition, find out about its close connections to Kalevala Day, also called Finnish Culture Day, celebrated annually on February 28.

“There’s this National Romantic image from the beginning of the 20th century of a girl with long blond hair and a traditional costume playing a kantele under a birch tree or whatever,” says Jutta Rahmel, a 20-something, purple-haired urbanite who plays in the kantele quartet Kardemimmit. “So nowadays people think of the kantele as girlish, which I think is a shame.” 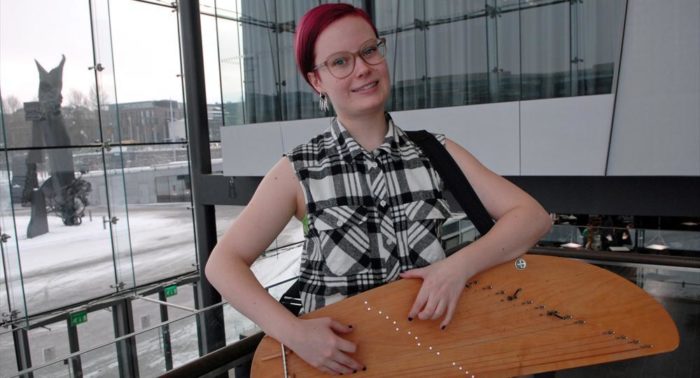 Jutta Rahmel and her group Kardemimmit represent a new generation of kantele players who are exploring the possibilities of the instrument.Photo: Sinimaaria Kangas

The kantele plays a central role in Finnish culture. Kalevala, Finland’s national epic poem, first published in 1835, has a kantele-plucking hero. An 1840 companion volume contains similar verses and bears the title Kanteletar (the term for a female kantele player).

Resembling the zither, the instrument has been played in Finland for some 2,000 years, and variations exist in other eastern Baltic countries. The most basic version has five strings but there are up to 39 on large concert models such as that played by Rahmel. She encountered the instrument in the standard way – at music playschool when she was four years old.

“It’s a good introduction to music,” she says. “It’s a nice, easy way to start.” That’s why the kantele has been a key element of Finland’s celebrated music education system since the 1970s.

“Back then nobody was playing the kantele, but musician and composer Martti Pokela saved the instrument,” says Rahmel. “He encouraged every school to get at least one small, basic kantele.”

Bright and angry for export 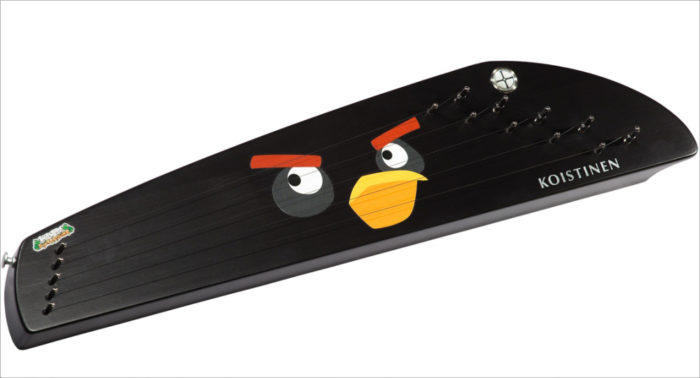 This kantele for kids combines an ancient instrument and a modern tech success.Photo: Koistinen

The instrument’s educational role is now being tested as an export product via the Angry Birds Playground learning concept.

The programme, based on the Finnish National Curriculum for Kindergarten, was launched with by gaming giant Rovio and the University of Helsinki in late 2013 and is being rolled out in China. Finland’s biggest kantele company, Koistinen, has created a bold, playful-looking instrument for the programme.

“Rovio didn’t have a music section for the Rovio Playground concept,” explains electric kantele player Anttu Koistinen, 21. “In the summer of 2012, they invited us to come in and introduce our kanteles and pedagogical products, and they got really excited. We did multiple school and kindergarten trials, and kids loved it – including the boys.”

Anttu is acting as Koistinen’s project manager for the Rovio programme. His grandfather started the kantele company in eastern Finland in 1957, and his aunt Ritva Koistinen works as a leading kantele educator and performer. 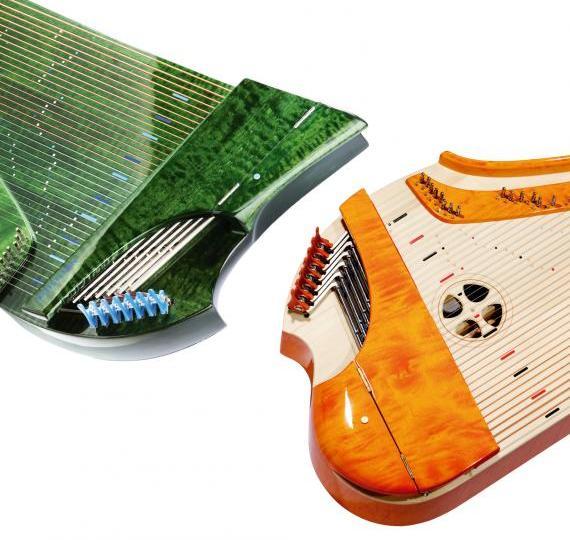 The concept of the kantele has expanded in recent years and now includes bigger, flashier instruments.Photo: Koistinen

Anttu’s father, Hannu Koistinen, a second-generation kantele builder and an avid electric guitarist, began redesigning the kantele in 1989. He shocked the purists.

“At that time the kantele was invisible,” he says at the firm’s small Helsinki showroom. “It was very quiet and impossible to amplify well because of the very unequal sound of strings. So it wasn’t really working for the rising young musicians. Something had to be done.”

Hannu first developed acoustic concert kanteles to a professional level, then turned his attention to adding electricity. Taking a cue from electric guitars, he introduced brightly coloured, amplified kanteles that can be played standing up rather than in the classical seated position.

“It’s essential for musicians to have a closer connection with audience,” he says. “That’s natural, as kantele is rarely played in smoky huts nowadays,” he adds, referring to the rural settings where people used the instrument in previous centuries.

Instead, kanteles are appearing in rock clubs, pop videos and music festivals around the globe. That’s largely thanks to supergroup Värttinä, who hail from Rääkkylä, the same eastern Finnish town as Koistinen. It also hosts the annual Kihaus Folk Festival in early July. This area near the Russian border is a kantele hotbed, and source of most of the Kalevala verses. 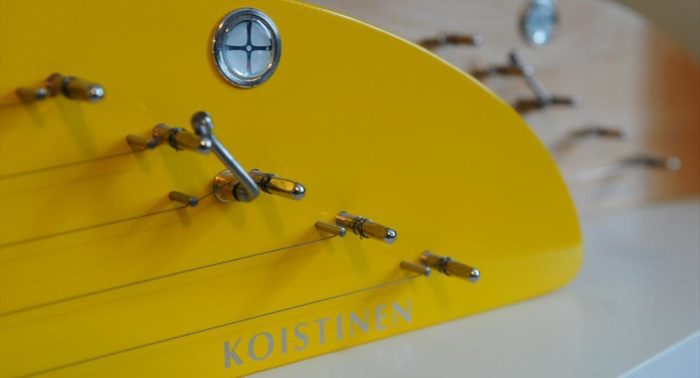 “North Karelia has Finland’s oldest, most original kantele tradition, so I think it’s natural that the modernising is also taking place there,” says Hannu.

“My father, who’s still working at age 88, has always had a strong connection with Karelia’s nature. He gets ideas from dreams and intuition, and places like Koli [a national park], one of the greatest landscapes in Finland. You feel some kind of holy connection with the past there.”

Echoing that mystical connection, the traditional kantele sound is delicate, harp-like and celestial. The electric models, though, can hold their own in the hard-driving music of Finnish rapper Asa and heavy metal band Tevana3.

“I like the acoustic sound – even when you amplify it, it still sounds natural, just bigger,” says Rahmel. “But I’m also really interested in electrifying it with pedals and effects. That’s the next thing I really want to do.”