Lauri Markkanen (10), the University of Arizona’s Finnish talent during the 2016–17 season, drives past UCLA’s T.J. Leaf.

Markkanen also helped lead Finland’s national team, the “Wolf Pack,” when Helsinki cohosted the 2017 European Basketball Championship. For coaches at US universities and in the NBA, big European players who can shoot are nothing new, but seeing one as tall as Markkanen combine extraordinary grace, fluidity and accuracy gets their attention.

Hanno Möttölä, Finland’s best-known basketball player from the generation before Markkanen, coaches a programme for talented teenagers called Helsinki Basketball Academy, part of the Mäkelänrinne Sports High School, where the schedule helps players keep up in both academics and sports. In 2016 he began receiving inquiries from American colleges about one of the stars of the squad.

Approaching the 213-centimetre (seven-foot) frame he would eventually grow into, Lauri Markkanen was already beginning to turn heads on the continent, but coaches from the University of Arizona were astonished when they saw the video Möttölä had sent them. They’d seen tall European players with good shots, but they’d never seen one of Markkanen’s height display such poise and precision.

Arizona coach Sean Miller got himself to Helsinki as soon as he could and treated Markkanen to a meal of reindeer, mashed potatoes and cranberries at a restaurant on Senate Square. Not long afterward, Markkanen decided to enroll at the desert school that could not be more geographically dissimilar from his homeland.

The result was spectacular. 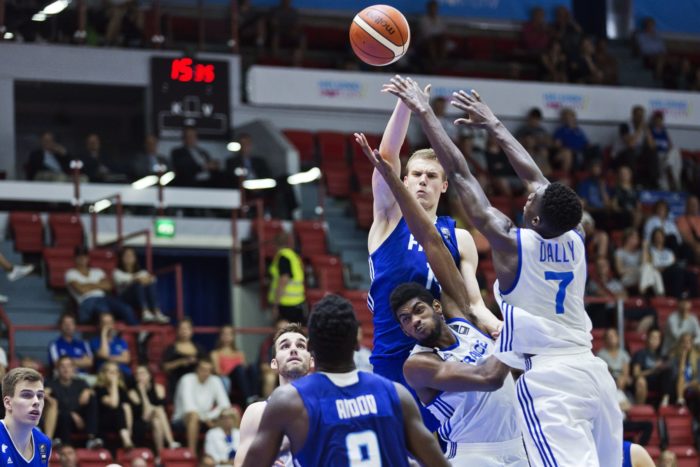 Playing for Finland (in blue) against France in the U20 European Championship in 2016, Lauri Markkanen rises above the competition.Photo: Roni Rekomaa/Lehtikuva

Basketball is a growing sport in Finland. The country, whose national team is nicknamed the Wolf Pack, competed in the World Cup tournament for the first time in 2014. Helsinki cohosted the European Championship in August and September 2017, with Finland placing second in their group and progressing to the round of 16, only to lose to Italy.

Prior to 2017, two Finnish players had reached the most competitive league in the world, the National Basketball Association.

There is Möttölä, the 208-centimetre (six-foot-ten) forward from Helsinki who played at the University of Utah and was chosen 40th overall in the 2000 NBA draft by the Atlanta Hawks, for whom he played two seasons.

Then there is Erik Murphy, the same height, who was drafted 68th overall in 2013 by the Chicago Bulls. Born in Lyon, France, Murphy played for the Finnish national team in 2014 and 2015, eligible because his mother, Päivi Murphy, is Finnish.

In June 2017, Markkanen became the third. The Minnesota Timberwolves picked him seventh overall in the 2017 NBA draft, shortly after his 20th birthday. Before the draft was over, he was part of a trade and ended up on the Chicago Bulls, where he is starting his pro career after playing for Finland in the European Championship.

Born in Vantaa, just north of Helsinki, and raised in the central Finnish city of Jyväskylä, he finished his freshman season with the Arizona Wildcats in spring 2017. The team was one of the favourites to win the National Collegiate Athletic Association Division I championship, but ended up getting knocked out of the playoffs three games into the post-season.

Going into the national tournament, which is nicknamed March Madness, Markkanen led the seventh-ranked Wildcats in scoring at more than 15 points a game. The top scorer in the U20 European Championship in 2016, Markkanen became eligible for the draft because he had played the requisite one year of college basketball. Talent scouts verified his immediate readiness for the NBA, listing his size, coordination, physique, shooting mechanics and athleticism as the basis for a successful career.

Markkanen, who scored a career-high 30 points against rival Arizona State in January 2017, became a finalist for nearly every major award in college basketball. In January, a US sports website anointed him the best-shooting seven-footer college basketball has ever seen. 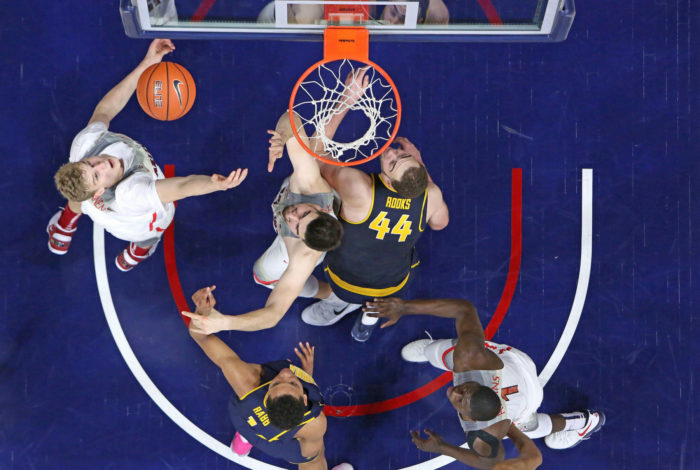 Lauri Markkanen (left) goes up for a rebound in a University of Arizona game against the University of California.Photo: Chris Coduto/AFP/Lehtikuva

Whereas European players coming to America were once considered mechanical, awkward shooters, future NBA Hall of Famer Dirk Nowitzki of Germany was one of the big men who changed that perception with his fluid motion. As continental coaching began to improve and the NBA’s influence spread to Europe, genetically gifted youngsters like Markkanen began reaping the benefits. Because of his outside touch, NBA scouts believe Markkanen, like Nowitzki, will be suited to playing on the wing.

It doesn’t hurt that Markkanen, like Möttölä and Murphy, comes from an athletic background. Möttölä is a second cousin of top-level hockey players Jarkko Ruutu and Tuomo Ruutu. Both of Murphy’s parents played basketball; his father, Connecticut-born Jay Murphy, played in the NBA and in Europe.

Markkanen’s parents also played basketball. Pekka Markkanen played at the powerhouse University of Kansas for one season and later on the Finnish national team. His brother, Eero, is a professional soccer player with the Swedish club AIK, as well as a member of the Finnish national squad.

The six-foot-ten Pekka passed on his size to his son, who is said to have worked four or five hours a day while growing up in Jyväskylä on the jump shot that could again put Finland on the global basketball map.

“I have to be a little bit selfish and give credit to myself,” Markkanen recently told Sports Illustrated magazine. “The actual amount, the work I put in, it’s like, I can’t even tell you how many hours I put in on a daily basis to work on my shot.” However, he also remembers to give due credit to his mother, father and coaches.

Now the world will see what Arizona saw.