The fortress of Suomenlinna, located on a group of islands outside Helsinki, forms a Unesco cultural heritage site, but the islands are also home to 850 people.

A gothic wooden church dating back to 1763, the “Gibraltar of the North” and an archipelago that continues to rise slowly out of the sea represent just a few of the unique Finnish cultural and natural treasures on the famous Unesco World Heritage list.

The list includes sites of outstanding cultural, historical or environmental value all over the world, 981 of them as of 2013. 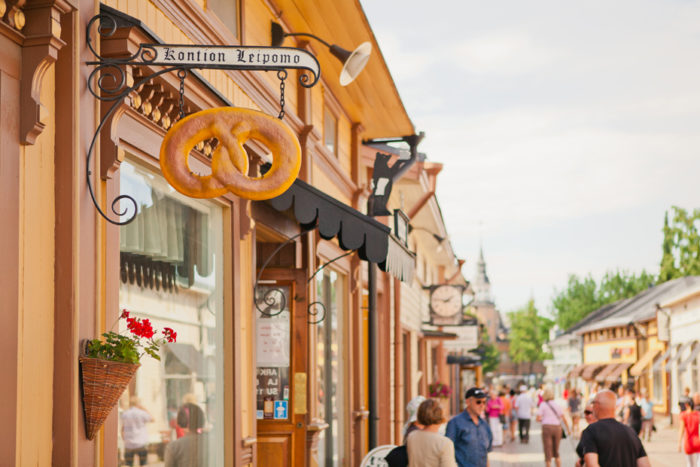 The Old Town area of Rauma, which lies in the southwestern Satakunta region, is a real historical gem, with well-preserved buildings and a medieval street layout. Apart from the idyllic wooden houses, Old Rauma also features the Church of the Holy Cross, built in the 15th century and adorned with medieval paintings.

Many buildings on the central street were built in the 18th century and decorated in the neo-renaissance style. But Old Rauma is still a lively part of town, with shops, cosy restaurants, cafés and artists’ ateliers. 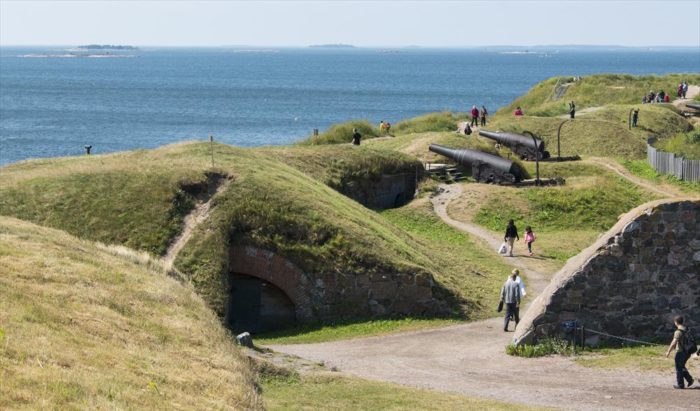 The Suomenlinna coastal bastion was founded in 1748 on seven rocky islands adjacent to Helsinki and is considered one of Finland’s cultural treasures. The people who built Suomenlinna to strengthen Sweden’s defences against Russia called it the Gibraltar of the North.

In 1808 the fortress fell to an assault by Russian forces. It then remained a boisterous Russian border town for over 100 years. Now the linked islands are considered part of Helsinki, and 850 people call them home. Many of the buildings and garrison structures have been remodelled into flats, offices, conference venues, restaurants and museums.

The Old Church of Petäjävesi

The Old Church of Petäjävesi is a monument to the Nordic wood building tradition and was put on the World Heritage List in 1994. The church combines central European architecture styles with ancient log building methods.

The church was built from 1763 to 65 on the isthmus between the Jämsänvesi and Petäjävesi lakes, and displays elements of renaissance, gothic and Finnish wooden construction. The church’s interior decoration has been preserved practically untouched. In summer the church could be reached by boat, and in winter visitors journeyed across the ice. 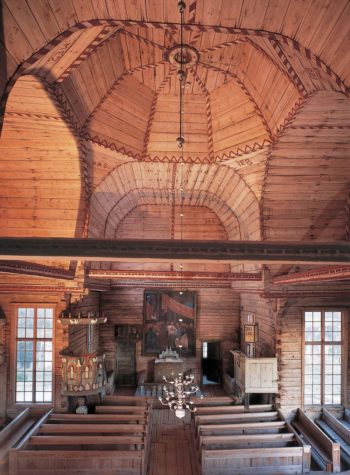 Photo: National Board of Antiquities

Verla Groundwood and Board Mills 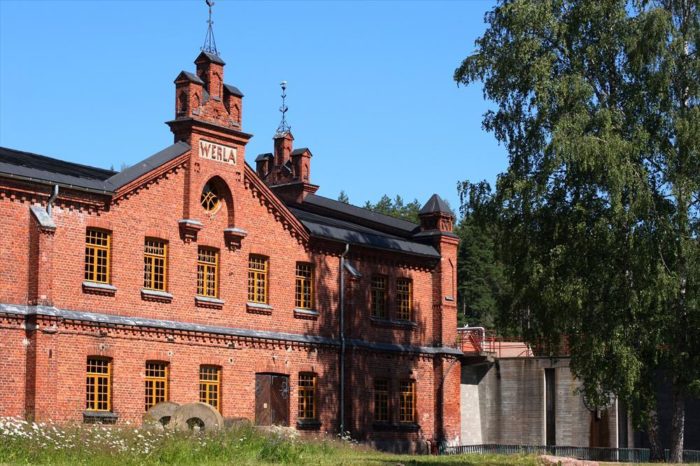 This picturesque industrial village and old board-making factory lies in the northern reaches of the River Kymi in southeast Finland. It opened to the public in 1971 as the country’s first industrial museum.

The complex of factory buildings, machine rooms, industrial village and workers’ homes creates a unique atmosphere that shows the birth of the Finnish timber industry. Craft workshops and stalls occupy the former stables in summer. 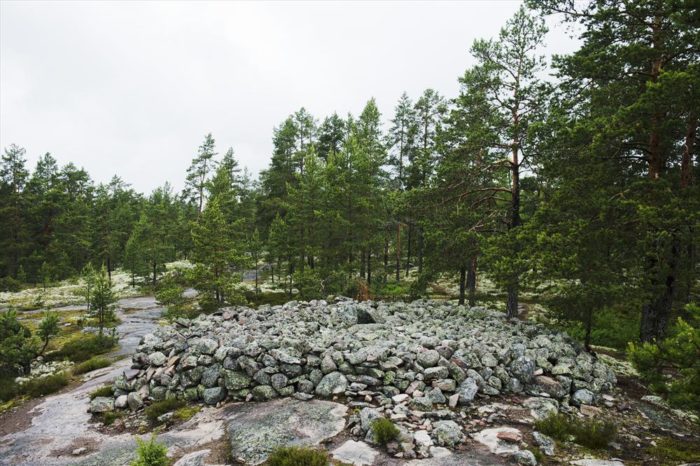 The stone cairns on a hill called Sammallahdenmäki form a striking insight into ancient religious burial rites and customs. They are characteristic of the communities that lived in western Finland during the Nordic Bronze Age and early Iron Age (from 1,600 to 50 BC).

The piles of stones on Sammallahdenmäki show how bodies used to be buried on the coast, although the land has risen over the centuries and is no longer near the sea. Sammallahdenmäki was the first Finnish archeological site added to the World Heritage List, in 1999. 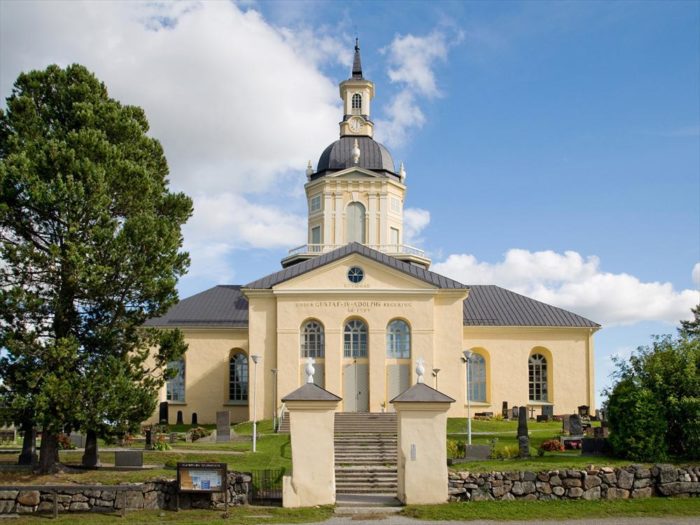 The Struve Geodetic Arc was entered on the Unesco list in 2005 as a joint site of Finland and nine other countries. It was named after a Russian astronomer of German extraction called Friedrich Georg Wilhelm von Struve, who resolved in the first half of the 19th century to define the shape and size of the earth.

The arc consists of a network of 265 geodesic observation points stretching over 2,820 kilometres. One of the observation spots is located in the bell tower of Alatornio Church in Tornio (see photo). Measurements were taken along the arc from 1816 to 1855. Finland contains almost 1,000 kilometres of the arc. 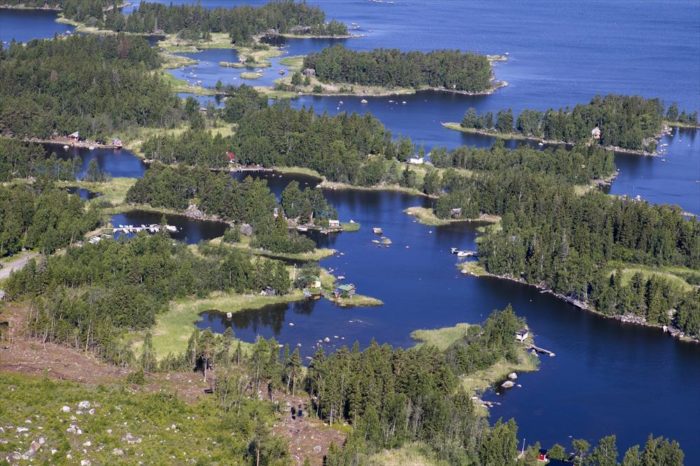 Kvarken Archipelago and the High Coast of Sweden across the water make up a joint heritage site that represents a unique example of geological processes in action. There are 5,600 islands in the territory, although most of the area is under water.

The earth’s crust was liberated from the weight of glacial ice over 10,000 years ago and has continued to rise at a speed of around one metre every 100 years. The area of dry land grows by roughly one square kilometre a year. In 2,000 years, it’s possible that the land will have risen enough to join Finland and Sweden together.

Kvarken Archipelago: Thousands of islands are gradually emerging from the sea off Finland’s west coast – and Unesco has noticed.