Jars of trout caviar are a popular product at Disas, a Finnish fish market where Russians made up 70 percent of the customers before corona restrictions led to the border closing in March 2020.

When you drive out of Lappeenranta, an eastern Finnish city less than 25 kilometres (15 miles) from the Russian border, you see a few of the typical big-box stores. They look the same as they do everywhere in Finland, but one detail sticks out.

Many of the stores’ Finnish advertisements and signs appear side by side with Russian translations. Clothing, ice hockey equipment, shoes, garden supplies – all kinds of merchants are trying to attract Russian shoppers as well as Finnish ones. 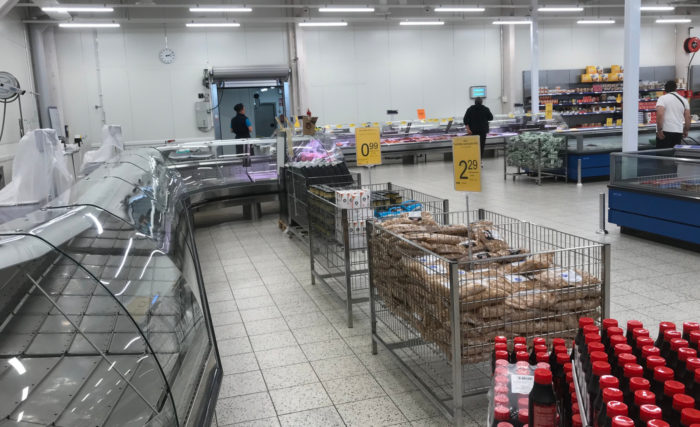 Although business hasn’t dried up, it has decreased to the degree that part of the long, curved fish counter at the Disas store in Mustola is not in use.Photo: ThisisFINLAND.fi

At Disas, a fish market with four outlets, Russians made up 70 percent of the customers prior to March 19, 2020, when authorities closed the border.

(At the time of writing, in late June 2020, the border remains sealed to nonessential travel. This means nearly everything except essential healthcare workers, goods transport, returning citizens, diplomats and a small number of other exceptions. It is unknown when the border will reopen.)

The Disas branch in Mustola, outside Lappeenranta, has seemed very empty since then. The store brags of having the longest fish counter of any market in Finland, and on many days business was so brisk that quite a queue would form as employees fileted and wrapped orders.

“When the border was open, the parking lot was full of Russian cars,” says Tuija, a regular customer. She is a Finn and a longtime Lappeenranta resident, recently retired from a career in social work and education.

She says that on a good day, there might be multiple buses parked outside, all bringing in cross-border shoppers. “The fish counter is shaped like a large letter S, and there could 20 or 30 people lined up, with a bunch of people serving them.” The operation went smoothly; it took just a couple minutes to fill each order.

Since the border closure, things have been different. “It feels deserted recently – a huge parking lot and just three or four cars,” says Tuija. “The whole Southern Karelia area relies greatly on Russian tourists, although these stores serve both Finns and Russians. It goes to show how vulnerable a society can be.” 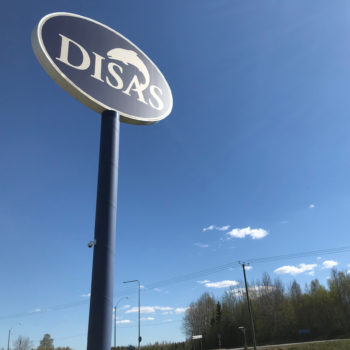 Looking for blue skies: One Disas store is located in the eastern Finnish countryside outside Lappeenranta.Photo: ThisisFINLAND.fi

ThisisFINLAND visited Disas in Mustola several times during the spring and early summer. Each time, only a handful of customers were wandering the aisles of the 3,000-square-metre (32,000-square-foot) store, which stocks daily goods and groceries in addition to fresh fish.

A glaringly empty parking lot is not a welcome sight for any merchant, but if Disas owner and CEO Martti Tepponen is discouraged, he’s doing his best not to admit it.

“The situation is not a total catastrophe,” he says. “We’re still doing business continuously, but significantly less than before, of course. In any case, we know that this is a temporary phase. It’s just that nobody knows when it will be over.”

The border closing has forced the company to adjust its operations. “We’re able to stay open with a certain amount of staff and maintain basic operations,” says Tepponen. “At the end of the summer we’ll take another look at things. Hopefully by then the situation will have changed.”

To weather the crisis, Disas has reduced its opening hours and is keeping one of its locations closed. Its in-store cafés are also shut, and the company has temporarily laid off a number of the 150 workers who staff its markets. The employees include Finns, Russians and Estonians; all of them reside in Finland.

Expanding while staying at home 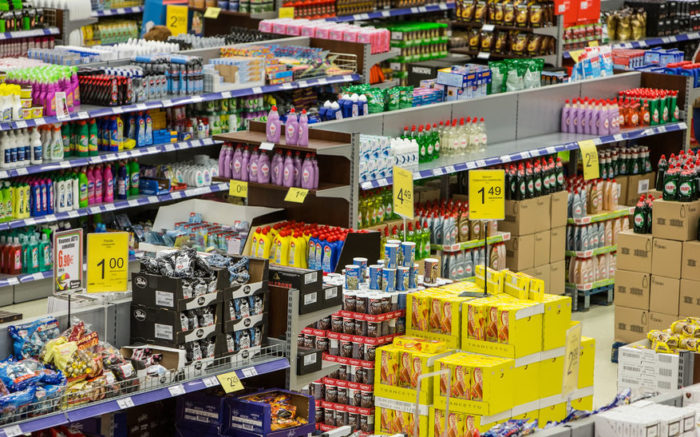 Among other strategies for attracting customers, Disas is adding to its product range.Photo: Disas

In another effort to deal with the challenging circumstances, Disas is looking to expand its customer base to include more Finnish people. It is adding to an assortment that previously catered mainly to cross-border shoppers: coffee, tea, candy, cooking oil, specialty meats and household goods, as well as Finnish and imported fish.

“We’ve increased our marketing within Finland and revised our product range to include more goods that the locals are looking for,” says Tepponen. Disas also has a separate facility in the southern Finnish town of Loviisa, where it smokes fish and packs fish products and caviar for its own outlets and for wholesale.

While the company is known as a fish market, Tepponen envisions it making the jump to a “full-blooded supermarket,” as he puts it, by adding fruits, vegetables and alcoholic beverages to its selection. “We already stock everything else,” he says.

Although Disas is taking this chance to make itself better known to domestic consumers and pursue new ideas, Tepponen, like many people all over the world, nonetheless also hopes for the day when “things can return to normal.”