Juha Meronen has taken part in the Eurogames event for sexual minorities many times. This year he will be playing volleyball – and also co-presiding the whole event in his hometown.

More than 1,500 athletes from around the world are participating in Eurogames Helsinki 2016. While enjoy competing in the Finnish capital they also aim to have lots of fun – and change attitudes.

Juha Meronen has been mad about sports ever since he was a small boy. “I first started by playing Finnish baseball and even ice hockey – the same games that all young guys played in those days before Playstations existed,” he says. 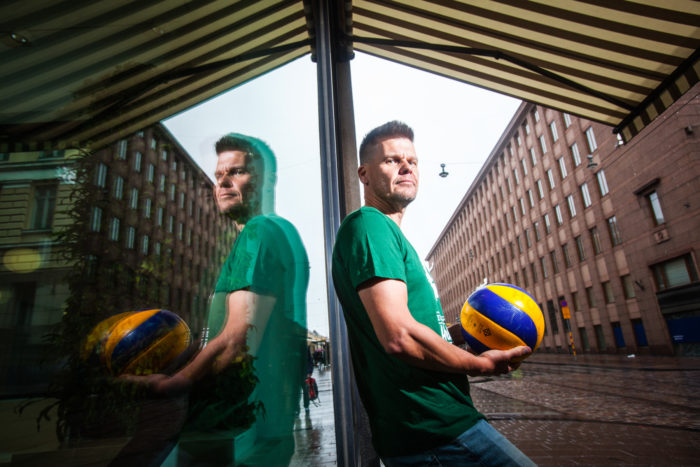 Stereotypes about homosexual athletes run deep. As the Co-President of Eurogames Helsinki 2016 Juha Meronen hopes that such events will help to change outdated attitudes. He welcomes the way that active sportspeople from “conventional” clubs have been keen to help organise the games. Photo: Juho Paavola

Though Meronen never became a top sportsman, his love for sport persisted. At an age when most sports-lovers start to hang up their football boots for good, he just keeps on going. As a longstanding member of the sports club HOT he’s had the chance to try many different sports. Established in 1997, HOT is a Helsinki-based club for gay athletes. Meronen still smashes the occasional winning volley for HOT’s volleyball team, though his main sporting activity these days is a leisurely round of golf.

In addition to being a keen sportsman Meronen is openly gay. “But your homosexuality isn’t really evident out on the golf course. When I play, I just play – and I don’t try and pick up any of the other golfers,” he laughs.

In an ideal world no one would have to make such explanations.

Juha Meronen has taken part in the international Eurogames event for sexual and gender minorities 11 times. This year’s event will be held in his hometown Helsinki at the turn of June and July, with Meronen as the proud Co-President of the games.

“The sport is the main thing, but nothing will be taken too seriously. Participants range from keen beginners to dedicated athletes who practise every day. It’s really more of a social event – though medals will certainly be awarded,” he says. 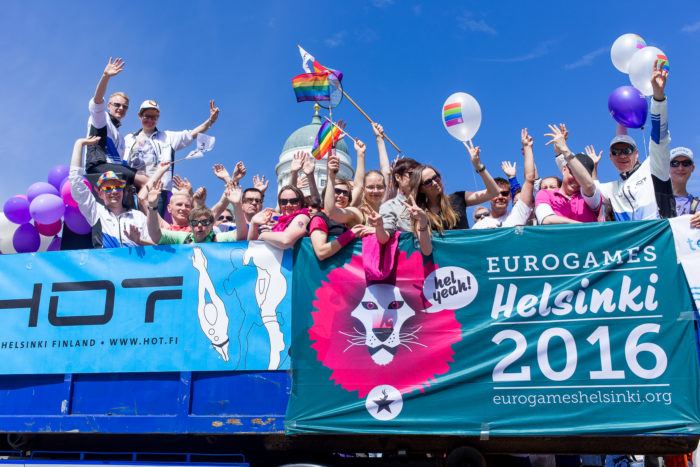 The 16th Eurogames are the first to be held in Finland.Photo: Mika Ruusunen/ EuroGames Helsinki

The games are being held to coincide with Helsinki’s Pride week. Though many Eurogames athletes will be competing mainly for fun, with a twinkle in their eye, many of the participants coming to Helsinki really mean business.

“For many participants Eurogames is the only event where they can compete with people like themselves. You don’t have to wonder what the others might be thinking, and for this reason many people take the sport very seriously,” says Meronen.

Though homosexuality is no longer so frowned upon today in many countries, in the sporting world gay athletes often have to think carefully about whether they dare to come out of the closet. “Prejudices still persist, especially in team sports,” says Meronen. “Some people think that gay players might not play hard enough, or that they would pinch their teammates’ bottoms or stare at them in the shower.”

The Eurogames event is also giving work to many sports activists from “conventional sports clubs”, as Meronen describes them. Their attitudes have generally been enthusiastic and positive, with a few sorry exceptions. “The chairman of one club asked how they could defend the participation of their junior members in a gay event… This kind of attitude is why we need an event like Eurogames,” explains Meronen.

About 1,500 people will take part in Eurogames Helsinki 2016, including several transgender athletes, as well as gays and lesbians. “Though we don’t check in any way who is what…” Juha Meronen adds. 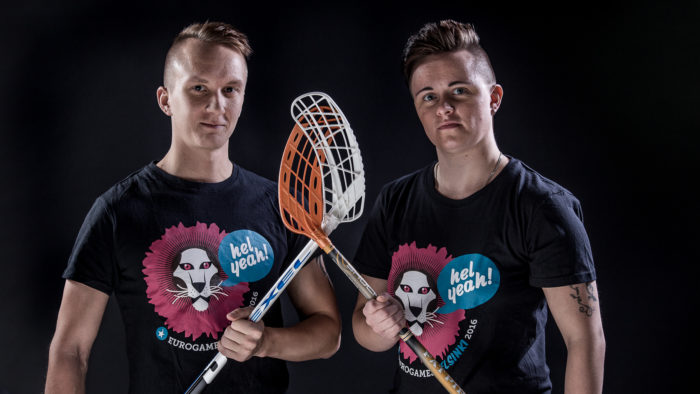 Meronen feels that Finland and Helsinki make a good venue for such an event. Though laws permitting gay marriage were only finally approved in 2015, the situation here is much more favourable than in many other countries. You can even show your feelings toward the person you love on the street without fear of any violent response to your sexual orientation.

“There’s really been a lot of progress. I think getting equal marriage rights recognised in parliament represented the final defeat for the opponents of gay rights, who were ultimately forced to give in,” he says.

Though Meronen gives Finns a good overall rating in terms of their tolerance of sexual minorities, he feels there is still some room for improvement. “The whole debate in Finland is still very heteronormative. It’s assumed that everyone should have or want a wife and kids. But this isn’t how everyone is, or what everyone wants,” he says.

The pink money comes to town

Juha Meronen welcomes the support the organisers have received from the City of Helsinki. The President of Finland Sauli Niinistö is the event’s patron, the Mayor of Helsinki Jussi Pajunen will speak at the opening ceremony, and the city’s sports department has helped to provide facilities and venues, while the Ministry of Education and Culture has provided financial backing. 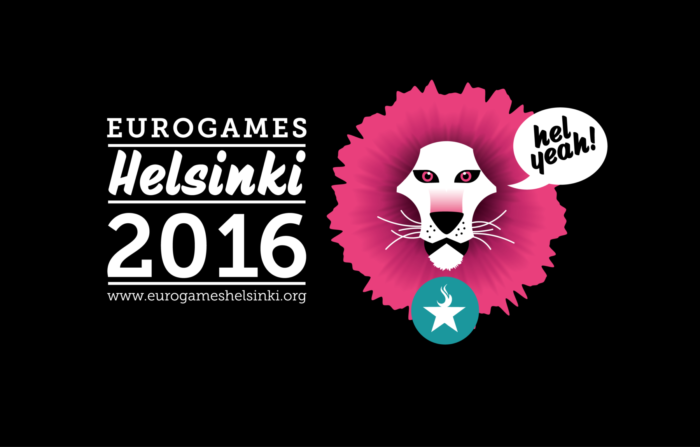 “In 2014 the 7,000 participants in the Gay Games held in Cleveland in the USA spent some 35 million dollars in the host city during the games. Helsinki has well understood that with just a little investment up front you can bring in a lot of big spenders,” says Meronen.

In Helsinki the Eurogames athletes will work up a good sweat, enjoy the thrills of competition, and remind everyone that during most sports events there’s no time or need for players to worry about the sexual orientation of their opponents or teammates.

Meronen hopes that events like Eurogames will continue to be so successful that one day they will no longer be needed: “Our dream is that gay athletes will feel they can compete freely together with all other athletes. But I think that in 20 years we’ll still be holding Eurogames, because there’s so much fun and socialising involved – and this is important when it comes to sport.”

During Eurogames Helsinki 2016 (29.6—2.7.2016) everyone is welcome to come and join in the fun at the Eurogames Village at Kansalaistori Square, between Helsinki Central railway station and Helsinki Music Centre.