In the 2022 World Happiness Report, Finland is the happiest country in the world for the fifth year in a row.

For five years straight, starting in 2018, the World Happiness Report has singled out Finland as the happiest country on the planet.

The 2022 edition notes that Finland has “a score significantly ahead of the other countries in the top ten.” The other Nordics placed as follows: Denmark is second, Iceland third, Sweden seventh and Norway eighth. The rest of the top ten includes Switzerland (4), the Netherlands (5), Luxembourg (6), Israel (9) and New Zealand (10).

Now in its tenth year, the report “uses global survey data to report on how people evaluate their own lives in more than 150 countries around the world,” according to its publisher, the UN Sustainable Development Solutions Network. It appears just in time for the International Day of Happiness, March 20.

The World Happiness Report compares the answers to one of the more than 100 questions in the Gallup World Poll. The question is: On a scale of zero to ten, where do you place your own life (with zero being the worst possible life and ten being the best possible life)?

In other words, the happiness they’re after is overall contentedness with life. It’s not about who just won a stuffed animal at the amusement park or laughed till they cried at a stand-up comedy show. The report is trying to get at something deeper. It also takes into account data from more than one year.

The keys to happiness 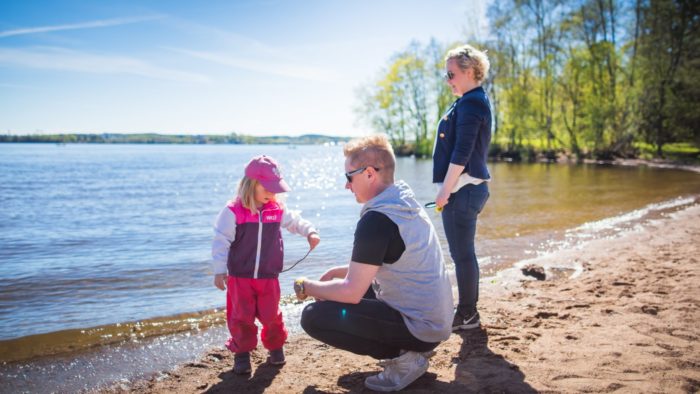 A family tests the water at Pyynikki Beach, just a short walk from downtown Tampere. Many people in Finland see access to parks and wilderness as an important part of their lives.Photo: Laura Vanzo/Visit Tampere

Three years of data go into the calculations – the 2022 edition uses answers gathered between 2019 and 2021 to calculate the rankings. The report also studies other related matters beyond the Gallup question, trying to explain how happiness works and what societal factors contribute to it.

The creators of the report say that they can “identify key determinants of wellbeing,” and that this information “can help countries to craft policies aimed at achieving happier societies.”

Finland, as well as the other Nordic countries, has worked to create a society that possesses an infrastructure of happiness. Social systems in Finland and the rest of the Nordics support democratic governance and human rights, not to mention education and healthcare that are free or charge only very nominal fees.

“The true measure of progress is the happiness of the people,” says the report. “Happiness can be measured,” it continues, adding, “We know a lot about what causes it.”

People in Finland and elsewhere understand that contentment and satisfaction don’t just occur. You have to construct and maintain the culture and the social institutions that form the basis and framework for individuals and communities to build their happiness. While Finland has a multiparty system with room for numerous different platforms, you can still describe happiness as one of the overall policy goals.

Factoring values into the picture 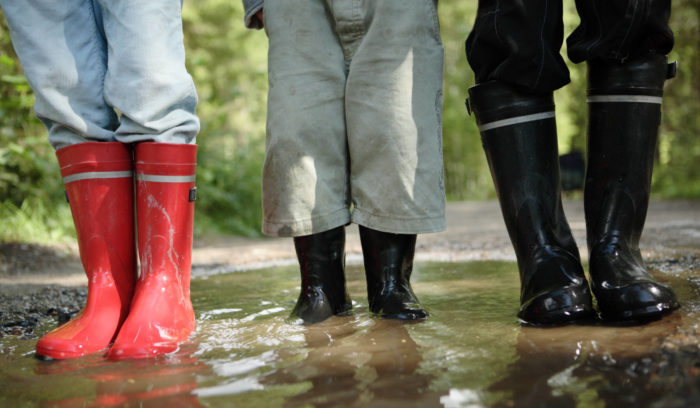 Finland has all kinds of weather, but that doesn’t stop people from getting outside and enjoying the great outdoors.Photo: Visit Finland

In terms of values, Finnish happiness and Nordic happiness are connected with trust and freedom. People in Finland tend to trust each other, their public officials and their government. This doesn’t mean they obey authority unthinkingly – there are disagreements and dissent, but debates play out in an environment of openness and transparency.

Finland’s repeated success in the World Happiness Report stems from factors that also show up in other reports, indexes and international comparisons. At the time of writing, according to various organisations and surveys, Finland is the world’s most stable  and least corrupt country, and is first in good governance and in political and civil freedom. It is ranked second in press freedom, second in gender equality, third in children’s rights and fourth in education. It tops the Sustainable Development Index and the Work-Life Balance Index, and places third in the EU Social Justice Index. Finland is also the EU country where people express the most trust in each other.

In one section of the 2022 World Happiness Report, researchers examine data from a separate global survey about balance and harmony, and study how they relate to happiness. In that survey, 90.4 percent of Finnish respondents deemed their lives to be “in balance,” a top result matched only by Malta. 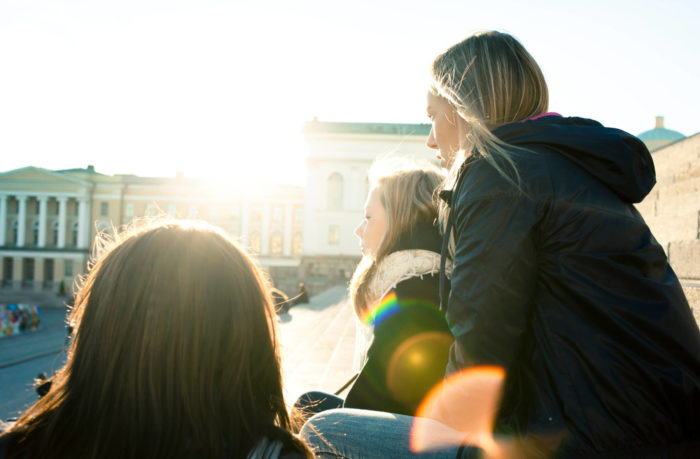 On the steps overlooking Helsinki’s Senate Square, you can sit and observe life in the Finnish capital.Photo: Elina Sirparanta/Visit Finland

It’s difficult to process happiness when unhappy things are transpiring in the world, but both happiness and unhappiness will continue to occur. Covid-19 knows no national boundaries, nor does climate change, and war hasn’t ceased to exist.

Nevertheless, the World Happiness Report and the International Day of Happiness offer an annual opportunity to talk about where contentedness and happiness originate.

The same values and structures that allow people to experience contentment in their life also form the basis for finding solutions to the challenges that humanity faces, such as pandemics, violence and displaced populations. Good governance, press freedom, trust, equality and education offer a basis for maintaining progress despite difficulties – and to attain some kind of happiness, too, along the way.

“Only in Finland”: A story of banknotes, post-it notes and social media posts
Life & societyEquality