Red, bittersweet lingonberries (a relative of the cranberry) are ripe for the picking in late summer. Under Everyman’s Right, anyone may hike and pick berries and mushrooms almost anywhere in Finland.

Everyone has the right to roam Finland’s forests and countryside freely, no matter who owns the land, thanks to a legal concept, unique to the Nordic countries, known as Everyman’s Right.

“The legal concept of Everyman’s Right has developed over many generations,” explains legal expert Anne Rautiainen from the Outdoors Association of Finland. “It’s not enshrined in any single law, though its scope is well defined in many pieces of legislation on different issues.

“The fundamental idea behind Everyman’s Right is to enable everyone to freely enjoy outdoor activities that have always been popular in Finland, like walking and skiing in the forest, boating, swimming, and picking mushrooms and berries.” 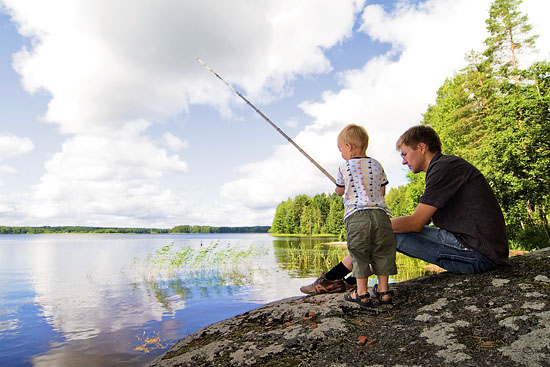 You don’t need a permit to fish with a simple hook and line in Finnish waters, although a permit is required for other kinds of fishing.Photo: Visit Finland

“Everyman’s Right give everyone access to about 90 percent of the land, making Finland a truly free country,” says environment minister Ville Niinistö. “We must cherish this fine Finnish legal tradition, but of course we also have to behave responsibly when using these rights. It’s important for everyone to learn how they work, including new generations of urban children, as well as immigrants and tourists who may not be used to such rights.”

Places where rights of access are limited include the gardens of private homes, fields where crops are growing, some nature reserves, industrial areas, military areas and a narrow zone along the Finnish-Russian frontier. Everyman’s Right does not allow the use of motor vehicles off road. It only covers fishing with a simple rod and line (to fish with nets, traps or a reel and lure, you need permits). For some activities, such as hunting or lighting campfires, the landowners’ permission is always required. 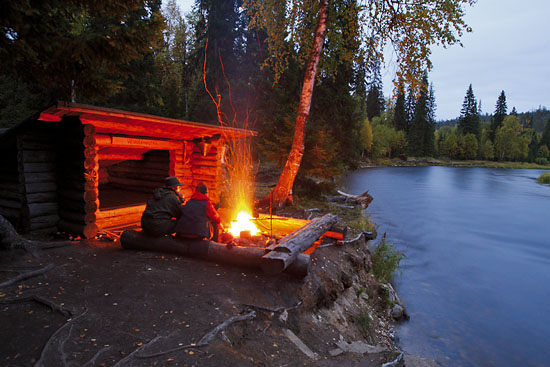 A campfire warms hikers on the banks of Kitkajoki, a river near Kuusamo in northeastern Finland.Photo: Visit Finland

On some issues, the legal definitions related to Everyman’s Right are purposefully unclear. Hikers can freely camp out “temporarily” in unprotected natural areas. On someone else’s land you may not cause “unreasonable disturbance” or “significant damage.”

Rautiainen explains that this is to allow for common sense and flexibility in the application of the rules. “Considering how near you may go to someone’s home, for instance, no specific distance is defined, because circumstances differ in remote or more built-up areas,” she says. “This usually works well in practice, since Finnish people generally have a good instinctive sense of what will disturb someone else.”

Anne Rautiainen recently led a team of experts commissioned to compile a weighty official handbook explaining the scope of Everyman’s Right in exhaustive detail. “We hope this new handbook will clarify issues and prevent possible conflicts. But compiling it was much more complicated than we’d expected. We had to consult many lawyers; national and local authorities; and organisations including nature conservationists and landowners’ interest groups,” she says. 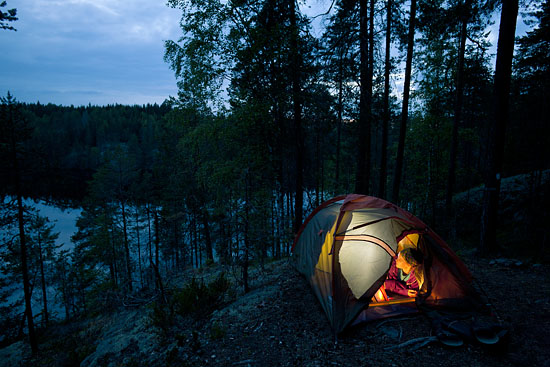 Finland’s Everyman’s Right and similar rights enjoyed in Norway and Sweden are so unique globally that they have been suggested for inclusion in UNESCO’s World Intangible Cultural Heritage List. This eclectic list includes such cultural treasures as French cuisine, Argentinean tango and traditional Persian carpet-weaving.

“Here in Finland we sometimes take Everyman’s Right for granted,” says Rautiainen. “This international publicity could increase our appreciation of these freedoms. It could also help tourists realise what wonderful opportunities they have here to get off the beaten track into the wild and freely enjoy our beautiful natural scenery.”

Wilderness on the water

The future looks bright for wildlife and ecotourism in southwestern Finland’s Archipelago National Park after certification by PAN Parks.

The website Run in Finland lists the country’s most exciting international running events for you and your friends.