The peer mediation team at Vanttila School in Espoo, near Helsinki, includes kids from grades five to nine.

Ahtisaari Day, named after Finnish Nobel Peace Prize laureate Martti Ahtisaari, is held in Finland every year on or near November 10. Conflict resolution represents one of Finnish society’s key strengths. Kids start learning it in comprehensive school through peer mediation training, which forms a special focus on Ahtisaari Day.

“It would be nice to mediate quarrels between others and to have harmony and peace in our school,” says sixth-year pupil Iina. Together with her classmate Oona, she has come to peer mediation training arranged at Vanttila School in Espoo. This morning they learn the first important thing about mediation: When one person is speaking, the others have a responsibility to listen.

The training emphasises cooperating and striving for an outcome based on mutual understanding. Effort is made to resolve the situation that has led to the conflict, so that the parties themselves take an active part in the solution.

How to remain neutral 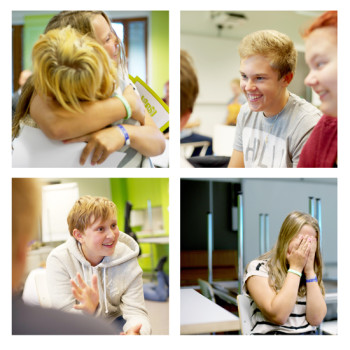 What conflicts do schools have to deal with? The blackboard starts to fill with a list ranging from scowling or hiding a classmate’s cap to pushing and even rougher physical violence. The realities of school life come to light, and everyone seems to have stories to share: someone broke a snow castle built by another pupil, someone was shoving in the lunch queue and someone was excluded from games.

Pupils who have completed the peer mediation training work in pairs to solve conflicts between their schoolmates. Once a consensus has been reached, the parties sign a pledge that the conflict will not be repeated. The mediators and the parties to the dispute meet again in a couple of weeks to ensure that the agreement has held.

The idea of settling disputes between schoolchildren seems simple, but it’s not always easy. How can the mediator remain neutral while solving the disputes of others? 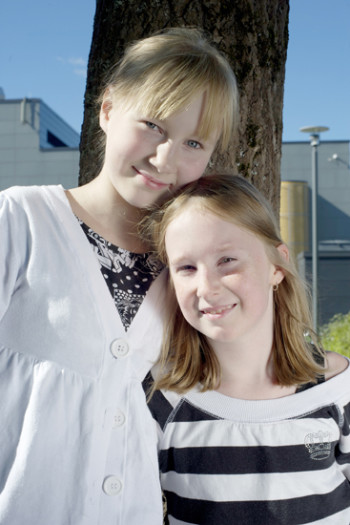 Iina and Oona are attending peer mediation training in order to help maintain the atmosphere at school.Photo: Laura Rautjoki

“Some people have asked me why I don’t just mind my own business,” says ninth-year student Minea, who has now served as a mediator for three years. “I tell them that we mediators are here to make this school a nicer place.”

According to Minea and her classmate Susanna, patience is one of the most important qualities of a good mediator. There’s no reason to get upset, even if a dispute cannot be settled right away.

“I think a good mediator also helps the parties to move ahead and may even ask them for ideas about how the matter could be solved,” Susanna says.

At the end of the mediation training, the pupils of Vanttila School in Espoo, just west of Helsinki, get a diploma for their competence as mediators. The pupils get together to mull over the day’s lessons. The instructors repeat once more to the new mediators that they must maintain confidentiality and remain neutral, and that they may not distribute punishment.

With a twinkle in their eyes, the instructors refer to the students as future Nobel Peace Prize winners. The world will continue to need competent peace negotiators to solve complicated conflicts.

Peace education and conflict prevention are cooler than you think! Finland and its schools are focusing on them for Ahtisaari Day.