Ahtisaari Day, initiated by the Ministry for Foreign Affairs of Finland to highlight the country’s role in international peace mediation, will be held in a different Finnish city each year. Taking place in Oulu in 2011, the event forms a unique opportunity to hear Ahtisaari’s insights into peace mediation and participate in an open discussion on current societal challenges and conflict solving.

The special day aims to increase awareness about peace mediation throughout society and encourage Finns to recognise the usefulness of a Finnish style of communication, emphasising negotiation and mediation. For Ahtisaari, visits to two Oulu schools precede the afternoon discussion at Oulu University. 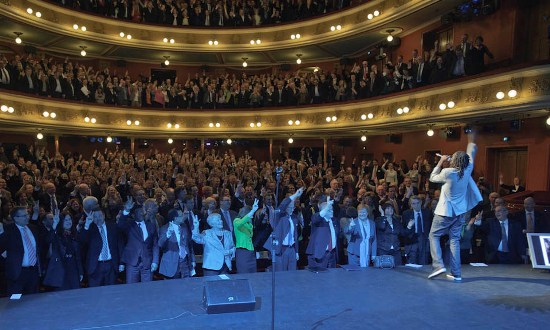 At the CMI tenth anniversary event, former President Ahtisaari, current President Tarja Halonen and the other dignitaries danced in the name of peace.Photo: Tuomo Manninen/graalfoto

In spring 2011, the Ahtisaari Day concept kicked off when big names such as Kofi Annan gathered in Helsinki for a seminar that marked the tenth anniversary of Crisis Management Initiative (CMI), the nongovernmental organisation Ahtisaari founded for peace mediation. The date for the first national Ahtisaari Day was set for November, the month that includes the name day for Martti in the Finnish calendar.

Under the auspices of CMI, Ahtisaari and his colleagues participate in conflict resolution all over the world. “When the announcement was made [that Ahtisaari had won the 2008 Nobel Peace Prize], we began receiving 30 requests a day for my time, from Finland and abroad,” says the former president.

CMI carefully reviews each request. “It’s totally impossible to say yes to everything, because there’s hardly any conflict area where somebody is not knocking on CMI’s door,” he says. His reputation, meanwhile, helps open doors for CMI: “Because of my background, I think that in many cases we can count on support which other organisations don’t necessarily have. It’s easier for us to talk to governments – and it’s not only me; my colleagues have established those relationships.” 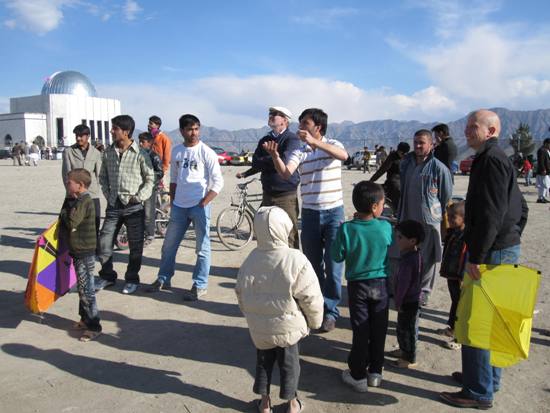 On a trip for a project called “Dialogue on possibilities for conflict resolution in Afghanistan,” several CMI representatives had the chance to see local kite flying traditions during a free moment in Kabul, Afghanistan Photo: Meeri-Maria Jaarva

In interviews, Ahtisaari often refers to the peace process he oversaw in 2005 in the Indonesian province of Aceh, halting some 30 years of hostilities between the Free Aceh Movement and the Indonesian government. He notes that, before the solution, “If the government and the people hadn’t both wanted to make peace, nobody could have facilitated the process.”

The deal itself was achieved in record time – six months – but CMI continues to participate in follow-up work to this day. The final handshake is actually more of a beginning than an end: “You have to try to create the framework for a new society,” Ahtisaari says, “which would make it possible to avoid all the atrocities that have taken place over the years – a totally new setting.”

Just a few of the other areas where Ahtisaari has been active include the former Yugoslavia in the 1990s and 2000s, and Namibia, for which he was UN commissioner and then UN special representative from the late 1970s until 1990. In 1989 and ’90 he headed the UN operation when the country achieved independence. 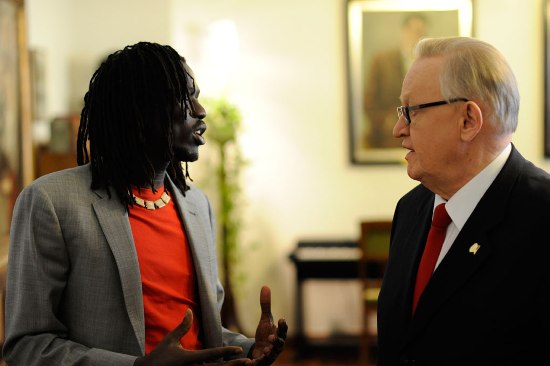 Emmanuel Jal, a South Sudanese rapper who used to be a child soldier, chats with Ahtisaari prior to performing at CMI’s tenth anniversary. Photo: Cornelis van Voorthuizen/photocornelis.com

“In negotiations, it has been rather easy to sense what people are actually thinking,” says Ahtisaari. He attributes this to his background: Vyborg, where he was born in 1937, is located in eastern Karelia. Much of the region became part of the Soviet Union during the Second World War and remains Russian today. “It was a disaster because 400,000 of us had to flee Karelia to the rest of Finland.”

Ahtisaari’s family, like many others, found refuge with relatives and host families. He thinks of himself as an “eternally displaced person,” and feels “a lot of sympathy for those who have gone through a similar experience.”

“You develop a sort of sixth sense,” he says. “I’ve been very lucky – I only had to move within my own country, and that’s much easier than having to leave your country.”

Finland’s Karelian experience, as well as the Finns’ direct and open approach to problem solving and surmounting challenges, help shape the Finnish style of conflict resolution, and will surely form part of the discussion for many Ahtisaari Days to come.