Although Mannerheim is one of the most famous figures in Finnish history, many people have no inkling of the details they may discover on a visit to his home.

C.G:E: Mannerheim, one of the most important figures in Finnish history, poses in uniform in 1918.

Carl Gustaf Emil Mannerheim (1867–1951) commanded the Finnish armed forces during the Second World War and went on to serve as president. His house in Helsinki is now the Mannerheim Museum and shows off his collection of weapons, his hunting trophies and his taste in interior decoration.

His residence forms a real work of installation art. The visitor enters different worlds in the various rooms because Mannerheim, ever cosmopolitan, wanted the décor to present diverse cultural trends, from English nuances to French ambience. That’s how Mannerheim Museum curator Kristina Ranki describes the house.

One of the most important figures in the history of independent Finland, Mannerheim leased the villa when he was 57 from Karl Fazer, the owner of a candy factory. Mannerheim lived there, surrounded by the greenery of Kaivopuisto, the park that covers the southern tip of Helsinki, until he passed away. The great man’s residence was subsequently opened to the public as a museum.

“The reception rooms for prestigious guests were downstairs, while upstairs was more for his private use,” says Ranki. Except for the three exhibition rooms upstairs, the residence remains almost exactly as it was when Mannerheim was alive.

“A visit to the museum and the guides’ stories are sure to provide a new kind of experience,” says Ranki, “even for people who have read their war history and think they already know everything about Mannerheim.” 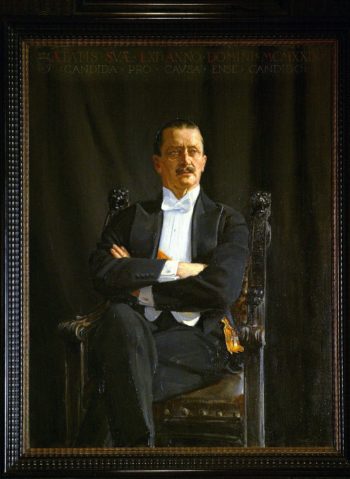 Akseli Gallen-Kallela painted this sitting portrait of Mannerheim; a standing portrait by the same artist hangs in the Mannerheim Museum.Photo: Heikki Saukkomaa/ Lehtikuva

The only object brought to the museum later is a classic portrait of Mannerheim painted in 1929 by a good friend of his, the prominent artist Akseli Gallen-Kallela. The painting reveals a lot about its subject. It conveys the essential nature of a Renaissance regent and his dandyish sense of style, with his sword of honour and his tailcoat.

Mannerheim was neurotically meticulous not only about his appearance, but also about his public image: He demanded the right to inspect all photos of him before publication to make sure that no signs of fatigue were visible.

As a young military officer, Mannerheim was already extremely particular about grooming. Later in his career, when he had attained the title of field marshal, he ordered bespoke clothing from foreign tailors, with details according to his wishes. The gentleman’s civilian outfits were always immaculate, but for reasons of style the commander-in-chief took liberties even with military uniform etiquette. Mannerheim considered narrow lampasses, or trouser stripes, more elegant than the wide stripes that would have been in accordance with regulations for his military rank. For this reason he preferred to wear a uniform of lower rank.

A home says something about its inhabitant 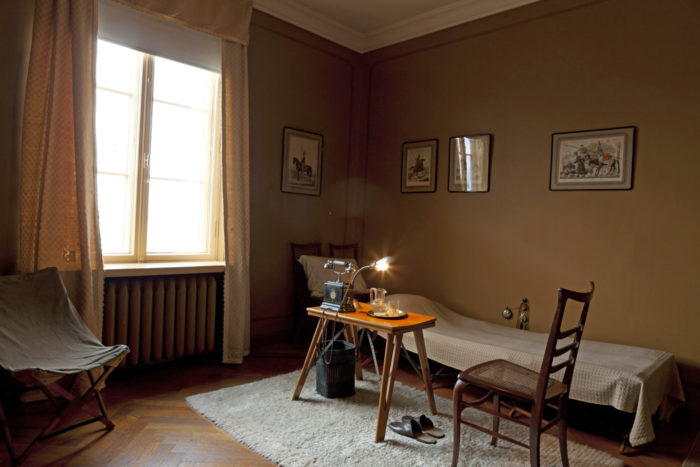 Mannerheim’s bedroom contains an army-style cot, just as it did when he was alive.Photo: Pekka Holmström/ Otavamedia/Lehtikuva

The walls of Mannerheim’s home are decorated with dozens of hunting trophies, of which the most famous is probably the tiger skin on the floor of the salon. He killed the Bengal tiger while visiting India in 1937. Nor did he ever go hunting looking like a novice; he rode out on horseback dressed as stylishly as if he were going to war. His wardrobe included a red tailcoat and black top hat to wear while hunting.

Mannerheim took care of his grooming otherwise, too, and not only when he was entertaining – he was well aware of the impact his elegant appearance had on other people. For example, in addition to a toothbrush, he used an innovation of his time – a water jet. Menthol drops were added to a device resembling a small pressure washer attached to the bathroom wall, and then he could carefully rinse his teeth.

His boots gleamed, every hair was in place and his moustache was correctly shaped, even on his deathbed. A real dandy.

“He represented the gentleman’s culture,” says Ranki. “Nowadays Mannerheim could perhaps be called a hipster, if the word is taken to mean a person who cares about his own appearance.”

Welcome to a work of art 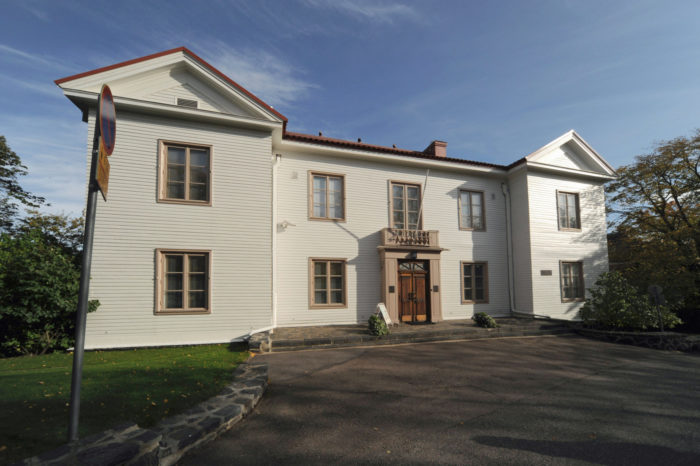 Wealthy chocolate manufacturer Karl Fazer leased this house in Helsinki to Mannerheim for decades; it is now a museum.Photo: Ilkka A. Suominen/ Lehtikuva

The smartness of the residence emphasised Mannerheim’s aesthetic sensibility, which extended from his own appearance to the matching colours of the décor in his house.

“Military discipline is visible in the home,” says Ranki. “Mannerheim himself paid attention to every detail and made sure that everything was exactly in place. He wanted his home to present a certain image of himself, which was conveyed in the items on display – hunting trophies, official gifts and, placed on the grand piano, pictures of heads of state.”