Visit an innovative northern Finnish ecovillage that produces its own electricity outside the national power grid.

This neighbourhood in Kempele, northern Finland, maintains self-sufficiency with its own small power plant. The windmill in the background offers a backup energy source.

An innovative ten-house ecovillage in Kempele, northern Finland, self-sufficiently produces its own electricity with no connection to the national power grid.

Timo Korva, a Finn in his thirties, is a man with high standards. When he decided to build his own house all by himself in 2010, he knew what he wanted. “It had to look the way I imagined it, while saving as much energy as possible,” says the father of two, standing in his well-kept yard. “Sometimes this can be an issue, because building an ecological house can involve a lot of regulations. But in Kempele, that wasn’t the case. The rules were very easy to follow, and there weren’t many of them.” Nine other families also decided to build their houses in Kempele, a town located only 15 kilometres from the northern Finnish city of Oulu, in a neighbourhood established in 2010. In their quest for energy efficiency, they became the European pioneers of a unique experiment: saving energy while living off-grid, disconnected from the general electric network. 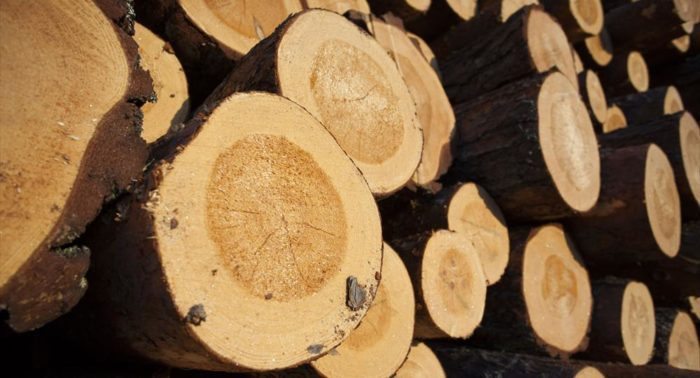 As Finland’s forestry industry processes timber, the by-product wood chips can be used by power plants such as the one in Kempele’s ecovillage.Photo: Tuomas Marttila/Lehtikuva

“So this is how it works,” says managing director Jarno Haapakoski of Volter, the company that built the small power plant that provides the village with energy. The enthusiastic engineer proudly shows off the facility at the edge of the neighbourhood. “We buy woodchips, which are easily available here in Finland, thanks to the forest industry.” The power plant first converts the wood chips to wood gas, which is then burned to provide electricity. The thermal energy produced by the generator is used to heat water, which warms the houses as it passes through pipes in the floors. The energy created suffices to provide the ten houses with heat and electricity all year round. A windmill stands ready to supply extra power in case the power plant falls short. The ecovillage concept represents a remarkable achievement in an area where winter temperatures can reach minus 40 degrees. According to Korva, living off-grid benefits the community and has no drawbacks. “I had rules to follow, but they were easy to comply with,” he says. “For instance, I installed special kinds of light bulbs and had to buy thicker windows, but I would most probably have done that anyway. And more importantly, I’ve saved money while still living in a comfortable house.” To avoid wasting energy, the ecovillage inhabitants had to change the way the sauna worked, since it can consume a great deal of electricity. “We had to install a wood-burning sauna stove instead of an electric one,” explains Korva. “But that’s OK, because the wood stove is of better quality.” 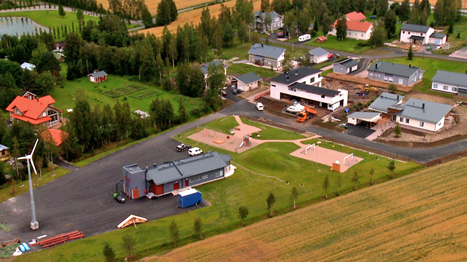 In this Kempele neighbourhood, shown when houses were still under construction, everyone takes part in energy decisions. The power plant is the red and grey building to the left of the playing fields.Photo: Volter

If the starting price for this kind of a power plant is 150,000 euros, it quickly becomes profitable, especially when people decide to pool their resources and rent one. “The village created a cooperative,” says Haapakoski. “This is the first unit we installed, so we had a special arrangement: They rent the power plant from us, we take care of it, and after two years they decide whether to continue with it. I don’t see any reason why they wouldn’t.” Volter has already sold five other units in Finland. “I feel like this common goal of saving energy created a sense of unity among the inhabitants of this village,” Haapakoski says. To strengthen the sense of community, Volter built a small playground between the houses and the company’s office. A few curious kids, playing outside in a sunny afternoon, run to meet the visitors. They wonder why somebody came from far away to visit their houses. “Our main office is just next door, as this was the first project we had,” says Haapakoski. “The inhabitants can come to talk to us, to complain or to ask questions about the plant. But they don’t come so often, because things are working well.”

How a tiny village store in Finnish Lapland grew into a hypermarket powered by clean, renewable energy.